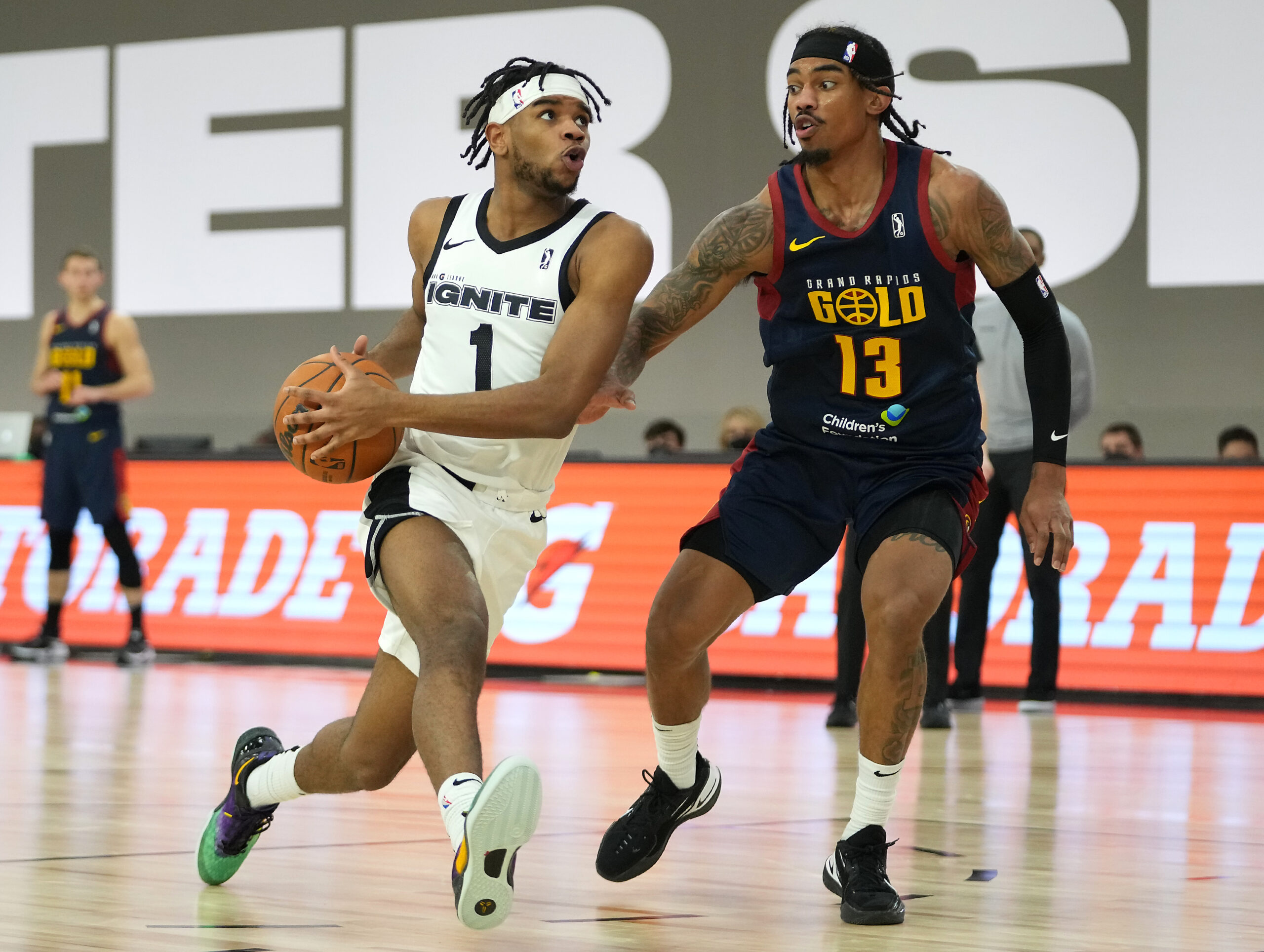 Let’s get this out of the way: something has gone awry if Jaden Hardy, the newest Maverick, plays meaningful minutes this year. A sashimi-raw 19-year-old scoring guard should not and will not be playing ahead of Luka Doncic or Jalen Brunson or Spencer Dinwiddie or Tim Hardaway Jr. on a team with high aspirations. Probably not Frank Ntilikina, either. So if Hardy, a consensus top-five recruit in the 2021 class before opting for the G League instead of college, is on the floor for anything beyond garbage minutes, it likely means two or more of the above players are on another NBA roster or injured.

Which is not the sort of pick you’d expect an organization firmly in its championship window to make. When—if—Hardy comes of age, it’s likely Maxi Kleber and Reggie Bullock and perhaps Dorian Finney-Smith, Dallas’ three best defensive players, will be on the tail end of their primes. Doncic will be knocking on the door of free agency once again.

Which raises the question: why, then, did Dallas trade into the second round to grab him instead of a more vine-ripened prospect such as Ohio State’s E.J. Liddell, the sort of sawed-off, mobile defensive big increasingly in vogue in a shrinking league? After all, we’re only two years removed from Dallas swinging on Josh Green’s upside and athleticism in lieu of Saddiq Bey or Desmond Bane, each a more ready-made player who could have withstood at least some of the rigors of playoff basketball and not gotten played off the court like Green did. The readiness gap between Hardy and Liddell is arguably wider, and the former joins a Mavericks team downed by Golden State largely due to too few battle-ready players versus the wannabe playoff team Green acclimatized on.

But this pick isn’t indicative of what the Mavericks are. Instead, it’s a reflection of what they can’t be.

Presuming Brunson re-signs next week once free agency opens—yes, that’s still the presumption, even after the Knicks aped Dallas’ old (failed) strategy of moving off a high-end asset to free up cap space for a bloodthirsty run at the 25-year-old—Dallas will exit the summer as a luxury tax team with precious few options to add significant assets. Their cap sheet will be stuffed and their war chest light after the old regime’s failed moves plus multiple flipped first-round picks left Dallas with one superstar and a supporting cast that is highly functional but only moderately valuable. Useful as the Mavericks’ non-Doncic pieces are, there’s a reason no one has seriously put this team in the running to land star talents such as Kevin Durant or Bradley Beal should they hit the trade market, whether or not it’s the right idea to pursue them. And while they own all of their first-round picks from 2024 onward, those figure to be well outside lottery range so long as Doncic is in town.

All of which is to say that most of Dallas’ best avenues for adding high-end talent are and will remain closed. Such is life when you are closer to the playoff endgame than the beginning, especially when your roster-building track record has some pockmarks.

So if the Mavericks are to acquire players with real ceiling, they must take some risks. Christian Wood, acquired for the 26th overall pick—and Boban, alas—represents one such attempt. Hardy is another. The Mavericks will wait on him because he is a multilevel scorer with the skill and savvy to maneuver through traffic, score off the bounce, and orchestrate the occasional pick and roll, too. Add in a 6-foot-9 wingspan, and this is a talent who, in time, inspires daydreams of an offensive wrecking ball with some two-way chops, even if the jumper and the defense and the decision-making take marinating. These are the types of prospects who go top-20—and, per ESPN’s Tim MacMahon, Dallas had him 19th on their board, a slot similar to that of draft experts like The Ringer’s Kevin O’Connor (17th) and The Athletic’s Sam Vecenie (20th).

If Hardy hits, he’s a souped-up Jordan Poole, who is now a starter on an NBA defending champion. If he even flashes progress, he becomes a desirable young chip on a roster that has precisely zero of those who reasonably could be moved. There is every chance, then, that last night’s selection someday functions as a down payment on the kind of role player skeptics hoped Dallas would walk away with in the first place, whether or not Hardy gets there on his own.

Don’t take this as a full-throated defense of the Mavericks’ logic so much as acknowledgment that there is one. Sometimes capped-out, asset-poor teams are best served by taking a stab at huge potential and seeing where it lands. Dallas’ track record in the draft inspires only so much faith, of course, even if Nico Harrison and Jason Kidd’s first season in town ought to afford them some political capital to take a few chances.

But if Hardy bombs, all it cost the Mavericks was a pair of second-round picks they can recoup without too much trouble down the road. And maybe he doesn’t. Perhaps he is the beyond-overdue moonshot that comes good, the law of draft averages finally working in Dallas’ favor. The pedigree is there and, quietly, so was the improvement in the second half of Hardy’s topsy-turvy G League campaign. The only guarantee is the same one baked into the Wood trade: at this price, Dallas will live with the outcome either way.