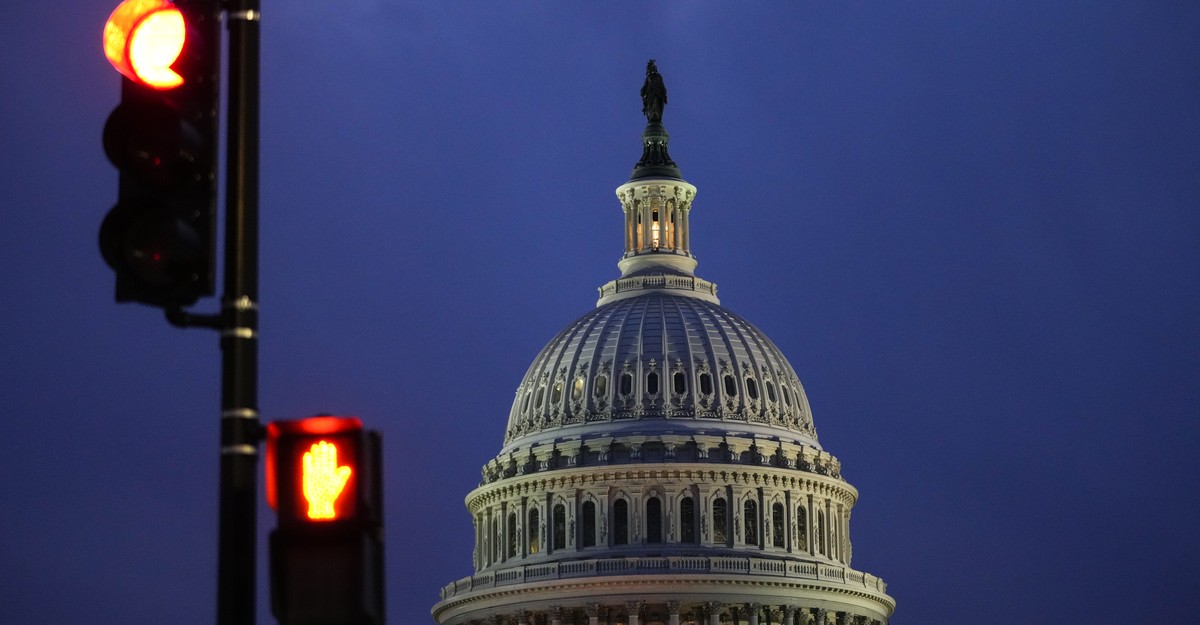 This is an edition of The Atlantic Daily, a newsletter that guides you through the biggest stories of the day, helps you discover new ideas, and recommends the best in culture. Sign up for it here.

I remember fondly the way Washington would shut down in the summer so that the city could give itself a breather, but that was before our politics went haywire.

First, here’s more from The Atlantic.

I moved to Washington in the mid-1980s to finish graduate school and begin a job at a think tank. Like a lot of new D.C. residents, I was engulfed by the weird culture of the city, a place organized around one major industry—national politics—but that basically functioned like a small town (well, with the exception of its L.A.-like traffic). In 1990, I started working for the late Senator John Heinz of Pennsylvania, and I spent my days in the city’s bubble-within-a-bubble on Capitol Hill.

I liked Washington, but I never got used to it. I am a New Englander, and I have never really shed my provincialism. At 30 years old, I finally left for good and returned north. One Washington tradition that I came to appreciate, however, was the summer recess, that time when politics and legislation and the general madness would abate for a bit. It was a throwback to the time before air-conditioning, when Washington’s pestilential weather would become unbearable from the Fourth of July to Labor Day, and the nation’s great and powerful would actually take some downtime.

But that was when we all felt like we could leave the city for a month and our political system wouldn’t go into a tailspin. So much for that. This summer, we’re in for all kinds of dramatic events.

First up: The House January 6 committee has added hearings for July. I doubt that Cassidy Hutchinson will be the last witness to drop bombshells before the committee, and the more revelations, the better; if it takes four hours of well-presented television every week for Americans to finally understand how much danger remains to their system of government, so be it. Meanwhile, the Senate has headed off for a short recess; I do not understand what appears to be Chuck Schumer’s placidity and lack of urgency as majority leader in the face of a looming return to power by Mitch McConnell and the Republicans next fall—especially with more judges to be confirmed.

But things could heat up now that President Biden has said that he supports a filibuster exception in order to codify abortion rights. This is significant. Joe Biden is a creature of the Senate, and for him to let go of the filibuster is, as he might have said in another context, a BFD. Biden earlier suggested that he would support an exception for voting rights, but this was a stronger statement and might be more likely to produce action now that the Supreme Court has overturned Roe v. Wade. Time is running out before the midterms, and if the Democrats are going to do almost anything of substance on abortion and voting rights, they’re going to have to do it by the thinnest of margins, not the 60-vote threshold that overcoming the filibuster requires.

The filibuster might be doomed in any case. Michael Steele—the former chair of the Republican National Committee and now a prominent Never Trumper—has warned that if the GOP takes power again and it has even a slim shot at codifying a national abortion ban, it will “absolutely” dump the filibuster if that’s what it takes to do so.

In other words, the social and political strife that the six conservatives on the Supreme Court inflicted on the United States a week ago when it overturned Roe is going to move to the Senate, one way or another. Speaking of the Supreme Court, abortion and expanded gun rights aren’t the only decisions that will be producing toxic fallout for the summer. After today’s ruling in West Virginia v. EPA, there might be literal toxins in the atmosphere, as the Court, in a 6–3 ruling (of course), decided that the government of the United States has only a limited right to regulate the quality of air over the United States.

The political skies this summer are not falling, but they could be getting darker and dirtier.

In the summer of 2020, Andy Rattinger went on a video date with a woman he met on an app. He had such a nice time that he planned a second date, dinner over Zoom, with her. He then suggested that they order identical London-themed Lego sets and build them simultaneously from their respective living rooms, while also talking on Zoom.

More From The Atlantic

Read. Illness reveals the true priorities of our lives, a lesson that Audre Lorde explores in her book The Cancer Journals.

Or try another suggestion from a writer’s list of works that helped him reframe his relationship to sickness.

Watch. If you’re in the mood for a feel-good movie, try Searching for Bobby Fischer, available to rent on Amazon. It’s a loose biopic about the chess prodigy Joshua Waitzkin, who defeated grand masters at the age of 10.

And check out our critic’s full list of underrated films to save your summer, from 2020.

Listen. Kate Bush’s 1985 hit song “Running Up That Hill” isn’t back because of nostalgia—it’s back because it’s timeless.

Tomorrow, I’ll take a break from politics and suggest a few interesting musical diversions. I’ll add one today, as well. If you listen to music over the internet, there’s a unique station in San Francisco called SomaFM. It’s a listener-supported outfit with an utterly eclectic lineup of channels, including my favorite, “Left-Coast ’70s,” a slice of old-school mellow album-oriented rock that includes who you’d expect (Joni Mitchell, Alan Parsons) and hidden gems such as Terence Boylan. It also has everything from lounge to roots, and oddball channels such as spy music with James Bond clips, and sleepy-time stations that weave electronica and ambient music over radio snippets from the San Francisco public-safety scanner or NASA’s mission control. I know that might not sound relaxing, but don’t judge it until you hear it.

Katherine Hu contributed to this newsletter.