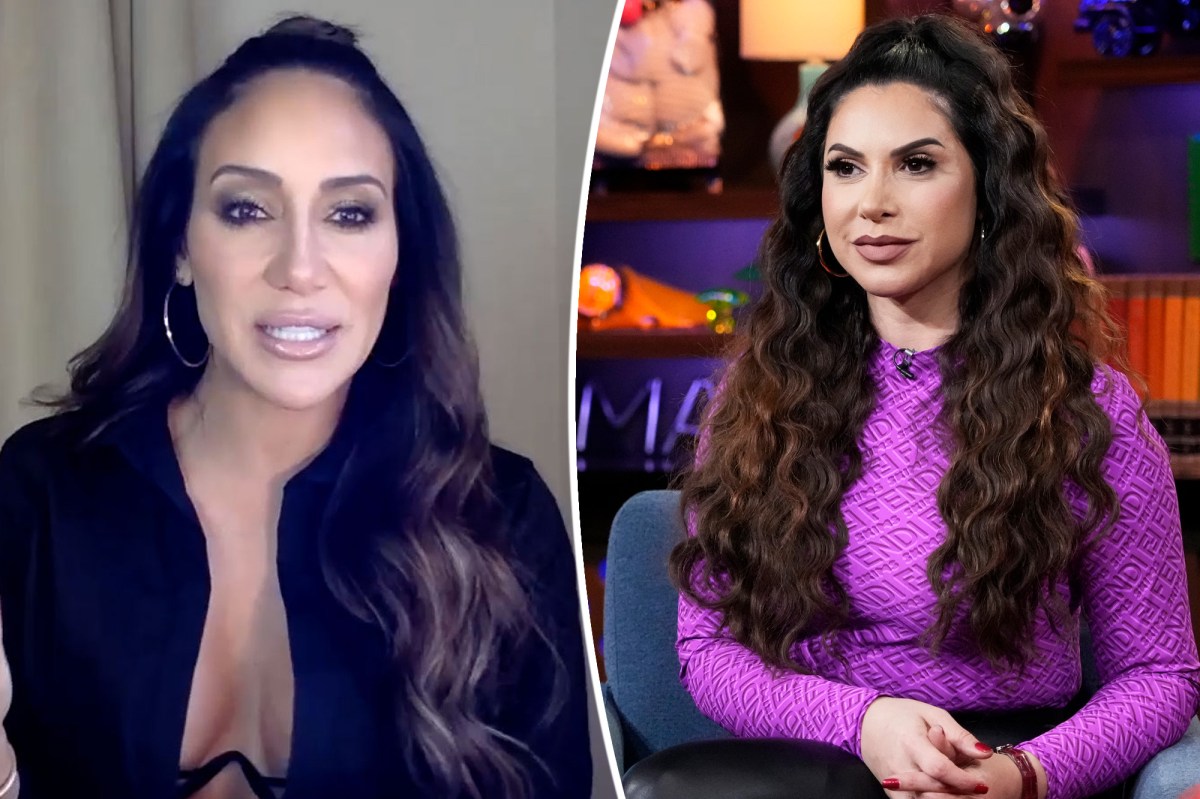 Jennifer Aydin may be able to “smell a rat,” but Melissa Gorga thinks she can sniff out a fake.

In an exclusive interview with Page Six, the latter “Real Housewives of New Jersey” star says that she believes her nemesis is not “authentic” on the hit reality series.

“I just don’t speak her language. I’ve always struggled with Jennifer because I’m fine arguing with someone, but … I never feel like she’s authentic,” the “On Display” podcast host explains.

“I feel like she walks in the room and she’s like, ‘Hmm, what should I do today?’”

Gorga, 42, says that she can go at it “all day” with other cast members — including Dolores Catania, sister-in-law Teresa Giudice and close pals Jackie Goldschneider and Margaret Josephs — but has a hard time taking Aydin, 44, seriously in their onscreen scuffles.

“I tend to dismiss her a lot in my head because I never believe what she’s saying is really how she feels. She’s kind of, like, putting it on a lot,” the veteran Bravolebrity observes. “I just don’t read her as an authentic [person].”

However, things appeared to get very real — and certainly heated — on Tuesday’s episode of “RHONJ” after Aydin called Gorga’s husband, Joe Gorga, a “little bitch girl” for inserting himself into the ladies’ social media drama that occurred before Season 12 went into production.

An explosive physical altercation ensued, prompting the Gorgas to flee the Aydins’ Jersey Shore rental house with Goldschneider, 45, and Josephs, 53, trailing behind with their spouses in tow.

“It’s always rough for me with her,” notes Melissa, who has butted heads with Aydin since her adversary joined the show in 2018’s Season 9. “I’m just like, ‘Sit down.’”

Still, the former pop singer tells Page Six that she had empathy for Aydin as her plastic surgeon husband’s decade-old affair was dissected by the cast.

“There is a lot that goes on with her this season … we get to see a lot of the inside of what’s going on [within the Aydin family] and maybe why she acts the way she does and why she acts up,” Melissa says. “We definitely talk it out a little bit this season.”

As viewers will recall, Josephs revealed during a contentious pool party on the Season 12 premiere that Dr. Bill Aydin stepped out on Jennifer with a pharmaceutical rep 10 years ago.

Though she felt bad for Jennifer, Melissa suggests that the Aydins’ rehashed marital strife created a pathway for the women to mend their fractured friendship.

“I’ve never seen [Jennifer] cry so much as she did this season,” she says. “Where I wouldn’t normally even bother with her, I completely did. You will see our relationship evolve this season, finally.”

For her part, Jennifer tells Page Six that she began filming with the intention of patching things up with Melissa — as well as Goldschneider and Josephs, other castmates with whom she has repeatedly clashed.

“My personality is one that doesn’t hold grudges. I like being happy, I like being silly, I don’t like being in a bad headspace with people,” she says. “I count on myself for being, like, ‘OK, that wasn’t so nice. Why don’t we talk?’ I’m big about trying to communicate with somebody and finding a way to make it work or make it better.”

Despite her optimism, Jennifer admits that the three-on-one battles with Melissa and her allies can be debilitating.

“I’m alone by myself,” she says somberly. “It is very hurtful, and it’s a very heavy weight on my shoulders when I feel like it’s all three against me.”

“The Real Housewives of New Jersey” airs Tuesdays at 8 p.m. ET on Bravo.