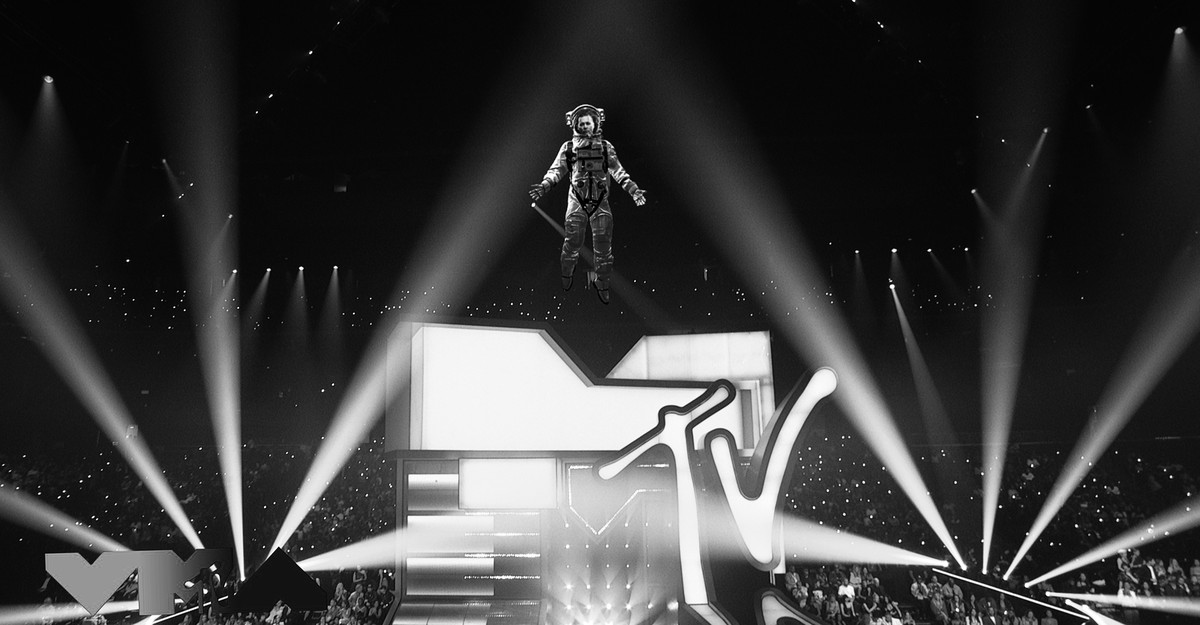 When Johnny Depp showed up at Sunday night’s MTV Video Music Awards, the audience seemed shocked. The actor wasn’t there to present a trophy or perform a tune. His mini monologue, in which he joked about how he “needed the work,” was hard to hear. His face, superimposed onto a life-size version of a Moonman, was hard to see. His presence generated a “combination of confusion and cheers” in the room and a cascade of internet headlines that referred to the cameo as a “surprise.”

Except Depp’s presence wasn’t surprising. This is how celebrity comebacks tend to work, after all. Weeks or months after a personal controversy overshadows their professional life, they resurface to remind the general public of their stardom. For those dealing with serious misconduct allegations instead of trivial drama, a red-carpet appearance or a social-media post typically isn’t enough. They might go on TV to give an in-depth interview, hop on a friend’s podcast to talk about seeking help, and eventually release a well-received project or two. Before long, the redemption is complete.

But this appearance felt more uncomfortable, tasteless, and calculated than most. Depp has been embroiled in legal battles with his ex-wife Amber Heard since she filed for divorce in 2016; she accused him of domestic violence and psychological abuse, and their disputes turned ugly and public after he sued the British tabloid The Sun over its coverage. (Depp, who has denied all allegations of abuse, lost that lawsuit.) The latest, a defamation trial that Depp won against Heard in June, resulted in weeks of vulgar online commentary that turned the disturbing details that had been revealed in the duo’s testimonies into memes. On social media, pro-Depp fans in particular mocked photos that Heard had submitted of her injuries, edited videos of her tearful comments, and accused her and the witnesses she brought to the stand of performing their pain. As my colleague Megan Garber wrote in May, “That strain of callousness—lol nothing matters, applied to a legal case in which things very much matter—has been a feature of pop culture’s treatment of the trial.” (Heard is appealing the verdict.)

Read: The Amber Heard–Johnny Depp trial is not a joke

This week, the VMAs embraced callousness. The show served up a collection of cameos from Depp, stripped of context, and treated the weighty conversations surrounding the trial—about domestic abuse, about power, about misogyny, about victim-blaming—as nothing more than silly entertainment. Floating above the crowd, his face green-screened in, Depp looked like just another star at an awards show, goofing off to amuse the masses. Up there, the 59-year-old delivered a few quick, self-deprecating lines, courting the sympathy of the young crowd below. The moment seemed designed to go viral, appealing to fans who never took the legal disputes seriously, as well as to the perpetually online generation, who have most likely received information about the trial through TikToks that circulated harmful conspiracy theories and misleading narratives about Depp and Heard’s relationship. The VMAs draw a younger audience than more prestigious awards shows; voting for winners happens online, and this year’s show targeted 13- to 24-year-olds through social-media-based initiatives.

The Hollywood comeback machine whirs to life when there’s an audience eager to see a redemption arc play out, but it’s sustained by the platforms that place such figures before an audience in the first place. MTV demonstrated how swiftly the most serious of allegations can be overlooked in favor of putting on a show. Depp’s cameos were an endorsement of his stardom, tacitly portraying him as a harmless celebrity who—if the image of him hovering before the audience wasn’t clear enough—is above judgment, whether those below are cheering him on or criticizing him. Heard’s sister, Whitney Henriquez, posted on Instagram on Monday, calling MTV’s move “disgusting and clearly desperate.” MTV hasn’t responded to her statement, but in an age when awards shows have seen ratings fall precipitously, it’s not hard to see why the network would have prioritized generating noise, no matter the cost.

In a way, such goals align with Depp’s. The actor, too, would probably like to drum up new headlines that muffle the old, so that his forthcoming projects—which tend to get mentioned in write-ups of his latest public appearances—can enter the public consciousness as easily as possible. MTV has helped create a path for his return, one that papers over the nuances of his past and guides audiences—those in his existing fan base and those inclined to support him—to seeing him as only a movie star. It’s the kind of plan that is so transparent and so insidious that it’s not just maddening. It’s exhausting.