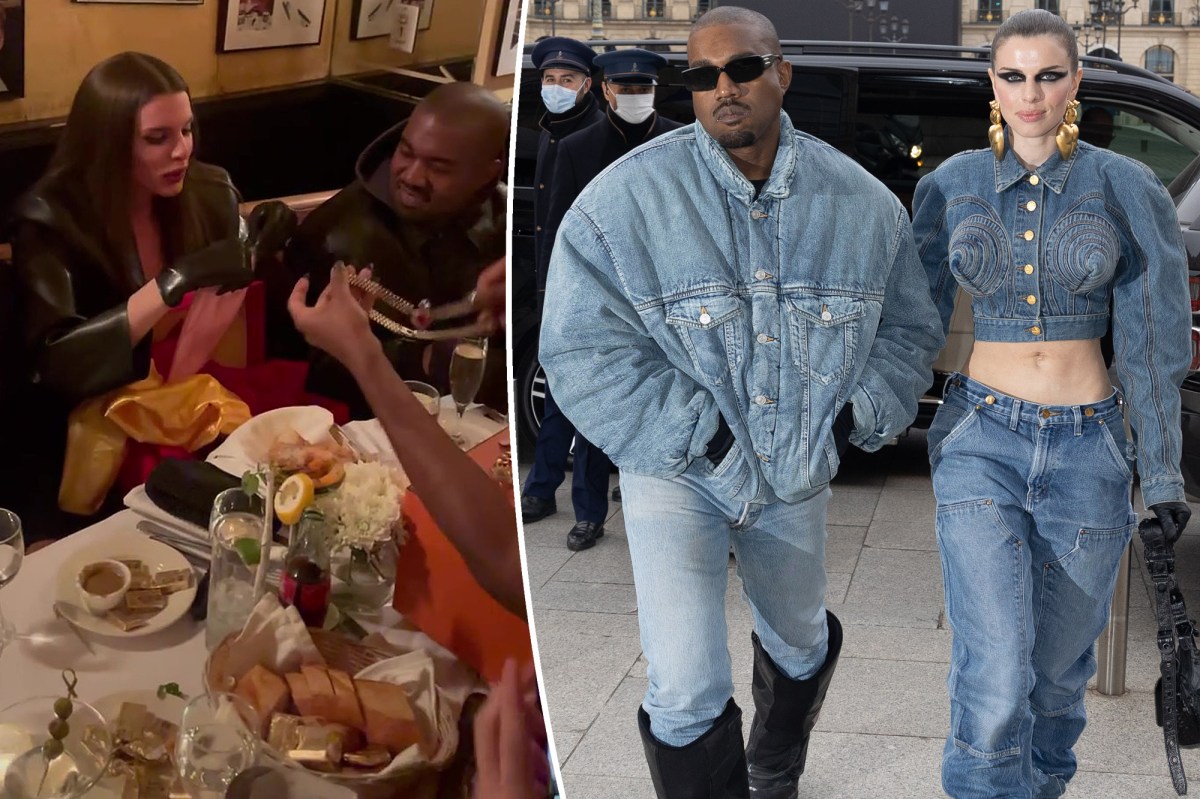 Kanye West made it back to New York for Julia Fox’s birthday, after all.

Despite the fact that the Yeezy designer has been busy chatting up Kim Kardashian lookalikes at Soho House in LA this week, West flew back to Manhattan on Wednesday to celebrate his newest muse’s 32nd birthday.

“Ye flew into New York City for her birthday, and then is flying back to LA to finish his new album,” an insider close to the couple told Page Six.

Another source told us that the pair celebrated at Lucien with a bunch of her friends.

“They arrived together, looking very couple-y,” the source shared. “He was all smiles. Her friends were also there. It was a big group.”

The French bistro seems to be one of the “Uncut Gems” star’s favorites, as that was the location of her and her ex Peter Artemiev’s son Valentino’s first birthday party.

Fox’s birthday group included playwright Jeremy O. Harris, who the couple spent time with following their first Big Apple date to see his “Slave Play.” Videos on social media show a very smiley West, 44, and many of Fox’s friends surrounding her as she blows out candles on her birthday cake.

This is Fox and the “Flashing Lights” rapper’s first time together since their very high-profile trip to Paris Fashion Week, where they wore complementary ensembles and touched tongues in front of the cameras.

A source previously told Page Six that West and Fox have helped each other heal from their respective splits from Kim Kardashian and Artemiev.

“[They] both just got out of their former relationships, and they’ve helped each other recover immensely,” the insider said. “They’re kind of kindred spirits, and it’s cool to watch.”