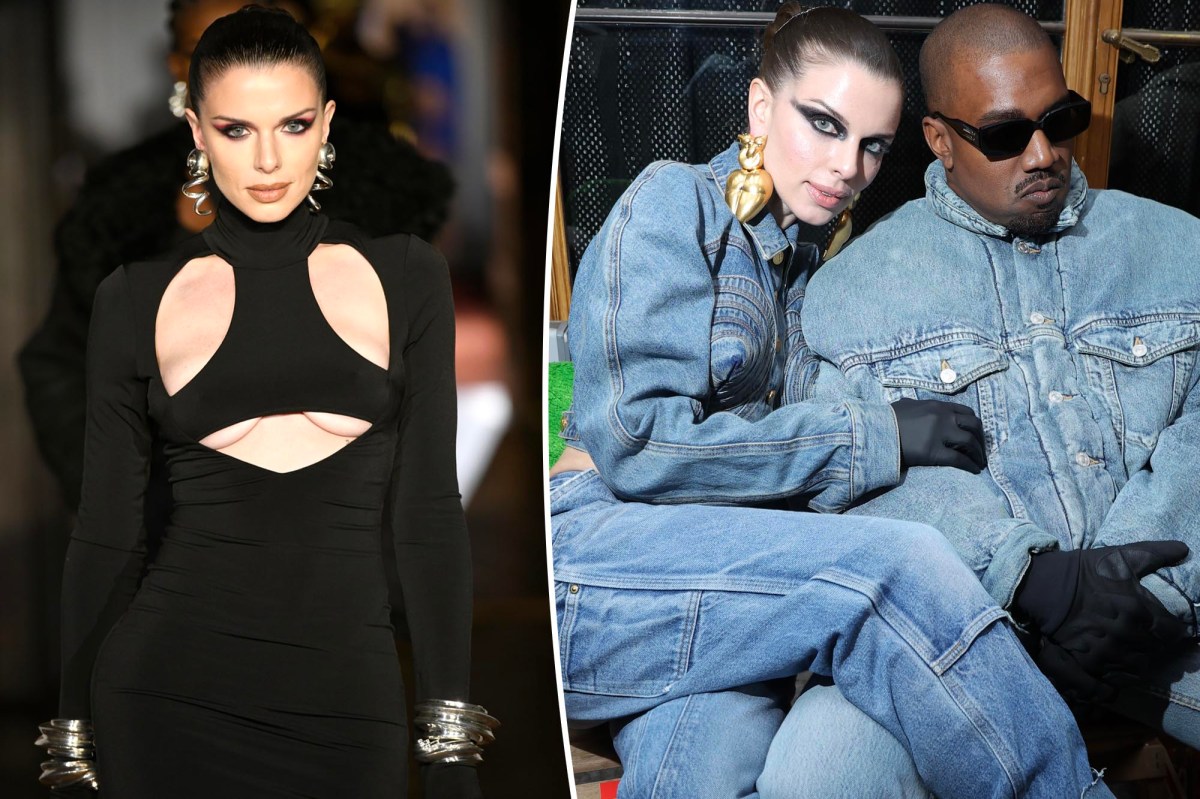 Julia Fox clapped back at a troll who suggested she talked about Kanye West in the media because she was “desperate for attention.”

“He f–king wanted me to!!!!” she replied in the comments of a Hollywood Unlocked Instagram post on Tuesday.

The “Uncut Gems” actress, 32, who split from the rapper over the weekend, hasn’t been shy about detailing their whirlwind romance over the past six weeks.

The pair posed for steamy photo shoots, and she opened up about their romantic date nights spent at Broadway shows and swanky New York City restaurants.

“You talked about the man in the press like you all were married. Just desperate for the attention. Wasn’t even 15 mins, maybe like 2 mins of fame,” the comment read.

Fox’s response fueled speculation that her very public dalliance with West was all a ploy to make his estranged wife Kim Kardashian jealous.

Nevertheless, the mother of one isn’t losing any sleep over her breakup from the outspoken rapper.

“Why not see me for what I am which is a #1 hustler,” she wrote in a since-deleted Instagram Story Monday. “I came up yall lol and not only that but Kanye and I are on good terms! I have love for him but I wasn’t in love w the man Jesus Christ what do u guys think I am 12 years old?!”

Their split came amid the Yeezy fashion designer’s very public outbursts on social media, which ranged from criticizing Kardashian’s relationship with Pete Davidson to Kid Cudi being cut from his album “Donda 2.”

“LOOK AT THIS D–KHEAD,” West captioned a paparazzi photo of the “Saturday Night Live” funnyman and the SKIMS mogul taken last month. “I WONDER IF INSTAGRAM GONNA SHUT DOWN MY PAGE FOR DISSING HILARY CLINTON’S EX-BOYFRIEND.”

The father of four — who shares North, 8, Saint, 6, Chicago, 4, and Psalm, 2, with Kardashian — continued his tirade in a separate post, referring to Davidson as “Skete.”

“FOR EVERYONE MARRIED HOLD YOUR SPOUSE CLOSE MAKE SURE THEY KNOW HOW MUCH YOU LOVE AND APPRECIATE THEM BECAUSE THERES A SKETE LURKING IN EVERY DIRTY A– ALLEY WAITING TO HELP DESTROY YOUR FAMILY AND WALK AROUND IN CALVIN KLEINS AROUND YOUR CHILDREN,” West wrote in a since-deleted post.

Kardashian filed for divorce from West in February 2021.