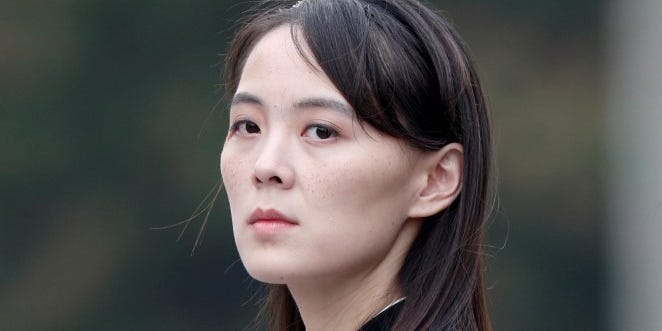 The sister of North Korean leader Kim Jong Un lashed out at the South Korean defense minister over comments he made about the country’s missile capabilities.

“The senseless and scum-like guy dare mention a ‘preemptive strike’ at a nuclear weapons state,” Kim Yo Jong said in a statement shared on North Korea state media, according to the Associated Press. “South Korea may face a serious threat owing to the reckless remarks made by its defense minister.”

Kim Yo Jong’s statement came in response to South Korea Defense Minister Suh Wook saying on Friday that the country had the ability to launch precision strikes at North Korea if the North was preparing to attack, according to AP.

The comments also come after North Korea completed a successful launch of its largest intercontinental ballistic missile on March 24, as part of a flurry of recent missile tests by the country, the BBC reported. It was the first intercontinental ballistic missile launch in North Korea since 2017 and sparked condemnation by South Korean and US officials.

Kim Yo Jong is North Korea’s most powerful woman. She was promoted in September to become a member of the country’s top policy-making body. As the younger sister of Kim Jong Un, she had been said to be his “de-facto second-in-command.”