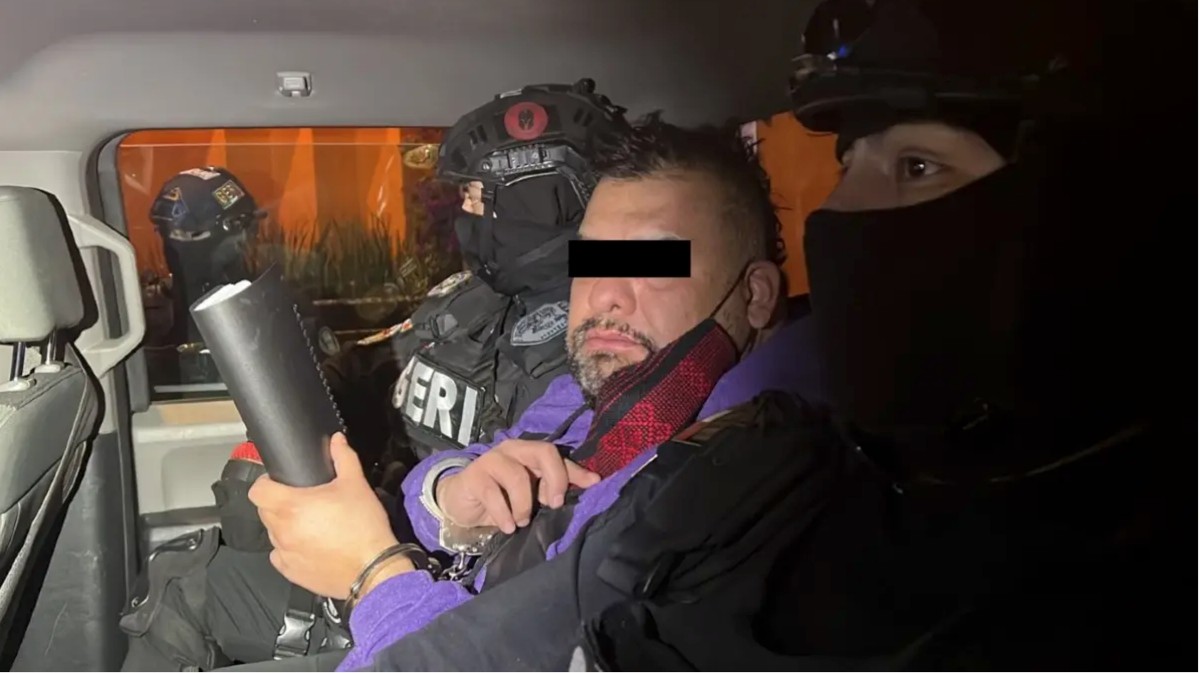 MEXICO CITY—Women wanted to work in government offices, aged between 18 and 32, said the job ads on the internet. The unwritten catch? Be prepared to fulfill the sexual fantasies of the boss.

This week, that boss—Cuauhtémoc Gutiérrez, the former leader of the Mexico City branch of the PRI, Mexico’s establishment political party—was finally arrested on human trafficking charges following accusations that began to emerge two decades ago.

In 2014, a team of undercover reporters working for a prestigious TV show in Mexico reported that Gutiérrez was effectively running a government-funded prostitution ring that required that women who were given secretarial or receptionist jobs to have sex with him, as well as wear short-skirts and move “with discretion” around the PRI Mexico City headquarters.

But murmurs about Gutiérrez’s activities date back to as early as 2003, first reported by the Mexican newspaper Reforma, according to El País.

Payment of a monthly salary of between $600 to $1,000 a month was made in cash, using public money, according to reports.

Journalists for the show of journalist Carmen Aristegui, who also works for CNN Español, rang numbers featured in the job ads as part of their reporting on the story, and subsequently posed as women interested in the job positions.

They attended interviews at the political party’s headquarters in Mexico’s capital, during which they reported being inspected by Gutiérrez’s employees, who took note of their weight and height, according to the report which was first published in 2014. During the interview process they were also told that they would be required to “have sex” with Gutiérrez. He himself saw all the girls before they were approved for employment, the journalists allege.

The PRI leader Gutiérrez, who cuts a formidable figure with his ample build and goatee beard, didn’t like “overweight” girls, according to the reporters. He is also known locally as the “King of Trash” because his family once controlled a network of trash-pickers in the city: impoverished workers who fuel a lucrative business by picking over the capital’s daily twelve tonnes of refuse for items to recycle or sell.

Gutiérrez resigned after the accusations emerged in 2014, even though he denied them. His recent arrest on December 29th by prosecutors in Mexico City will assure he is held as he is processed for four counts of human trafficking as well as criminal conspiracy and other charges, according to the AP. A judge ruled Tuesday that he must remain incarcerated until trial.

Back when the allegations against Gutiérrez first emerged, prosecutors claimed that there wasn’t enough evidence to prosecute him, but the case was later reopened. Some of the 12 to 15 women on his government payroll may have decided to turn witnesses about the scheme, which employed single mothers and students and would fire women who lost or gained weight to an extent that went contrary to Gutiérrez’s sexual preferences, according to the MVS report.

At least one female collaborator—Claudia Priscila N—is already in prison for helping Gutiérrez recruit women into his scheme, according to reports, and a further four remain at large.

The PRI ruled Mexico for the best part of the 20th century and is the country’s oldest political party. At the time that Gutiérrez was allegedly hiring girls he obliged to have sex with him, Enrique Peña Nieto, also of the PRI, was the president of Mexico.

The country’s current President Andrés Manuel López Obrador began his political career in the PRI, before joining the center-left PRD and eventually forming his own party Morena, with which he finally won the presidency in 2018.