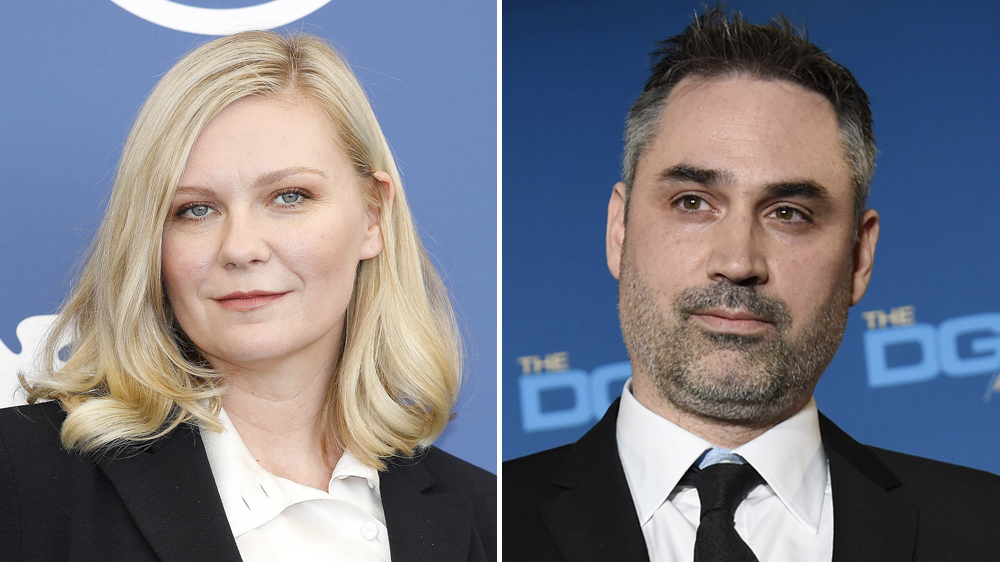 Kirsten Dunst is set to star alongside Wagner Moura, Stephen McKinley Henderson and Cailee Spaeny in the action film written and directed by Garland. Aside from the fact that the film is set in a near future America, plot details are being kept under wraps.

In 2016, Garland received an Academy Award nomination for best original screenplay for “Ex Machina,” which also won an Oscar for achievement in visual effects. Garland followed the critically acclaimed movie with 2018’s “Annihilation” and the FX series “Devs.” His upcoming projects include “Men,” starring Jessie Buckley and Rory Kinnear, which A24 will release later this year.

A24 will handle the global release of the film and produce alongside Andrew Macdonald and Allon Reich of DNA and Gregory Goodman. DNA previously teamed with Garland for “Ex Machina,” “Annihilation” and “Men.” Goodman’s past producing credits include “Three Kings,” “8 Mile,” “Captain Phillips” and “22 July.”

Dunst most recently earned a SAG award nomination for her critically acclaimed performance as Rose Gordon in Jane Campion’s “The Power of the Dog.” Dunst’s three-decade career includes notable performances in award-winning films including “Interview With the Vampire,” “Drop Dead Gorgeous,” “Eternal Sunshine of the Spotless Mind,” “Hidden Figures,” “Marie Antoinette,” “Melancholia,” the “Spider-Man” franchise and “The Virgin Suicides,” among many others. In 2016, she received a Primetime Emmy nomination for her role as Peggy Blumquist in “Fargo”.

Moura starred as Pablo Escobar on “Narcos,” for which he was nominated for a Golden Globe, and will next be seen opposite Elisabeth Moss in “The Shining Girls” for Apple TV Plus. He also wrote, directed and produced “Marighella,” which premiered at the Berlin Film Festival.

Earlier this year, Henderson starred in Denis Villeneuve’s “Dune” and Halle Berry’s “Bruised” and he currently appears as a series regular on Garland’s “Devs” for FX. The actor’s prolific stage and screen resume includes “Lady Bird,” “Manchester by the Sea,” “The True Adventure of Wolfboy,” “Native Son,” “The Blacklist,” “Fear the Walking Dead,” “Run” and “Fences” (both the Paramount feature film directed by Denzel Washington and the 2010 Broadway revival of August Wilson’s play, for which he earned a Tony Award nomination). Henderson is also an OBIE Award and Lucille Lortel Award winner.

Spaeny most recently appeared in “Mare of Easttown,” with a list of credits including “On the Basis of Sex,” “Bad Times at the El Royale” and “How It Ends.” Spaeny will next be seen as Anna Eleanor Roosevelt in the upcoming series “The First Lady.”

Goodman is represented by ICM Partners.