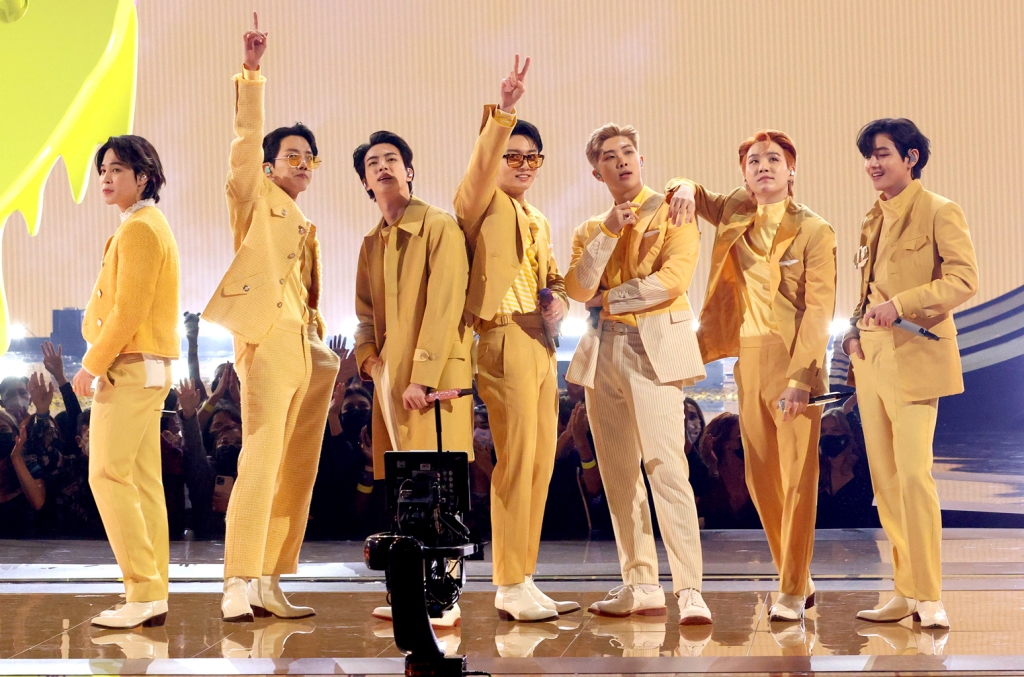 Korean speedskater Kwak Yoon-gy has enjoyed a particularly memorable Winter Olympics. He won a medal, then won over ARMY by busting out some BTS dance moves.

Kwak Yoon-gy helped South Korea to the silver medal in the 5,000-meter men’s relay on Wednesday (Feb. 16), just behind the Canadian team.

When it came time for the presentations, the pink-haired athlete let loose with some dance moves from the K-pop superstars’ hit “Dynamite.”

His performance blew up on social media and even got a shoutout from BTS’ RM, who shared the moment on his Instagram stories.

“Whatever you do, don’t bring any attention to yourself”
Us: pic.twitter.com/NSuPMed1cH

“Dynamite” has been nothing short of explosive since its release in 2020. The track logged 32 weeks on the Billboard Hot 100 chart until April 2021 and spent three weeks in the No. 1 position, a record for a Korean act.

Also, its music video smashed YouTube’s record with most views in 24 hours (101,100,000 views), the single broke the mark for the most weeks atop Billboard’s Digital Song Sales chart (setting its 18th frame in April 2021), and it’s their first single to hit RIAA triple-platinum status, for three million combined units in the United States.