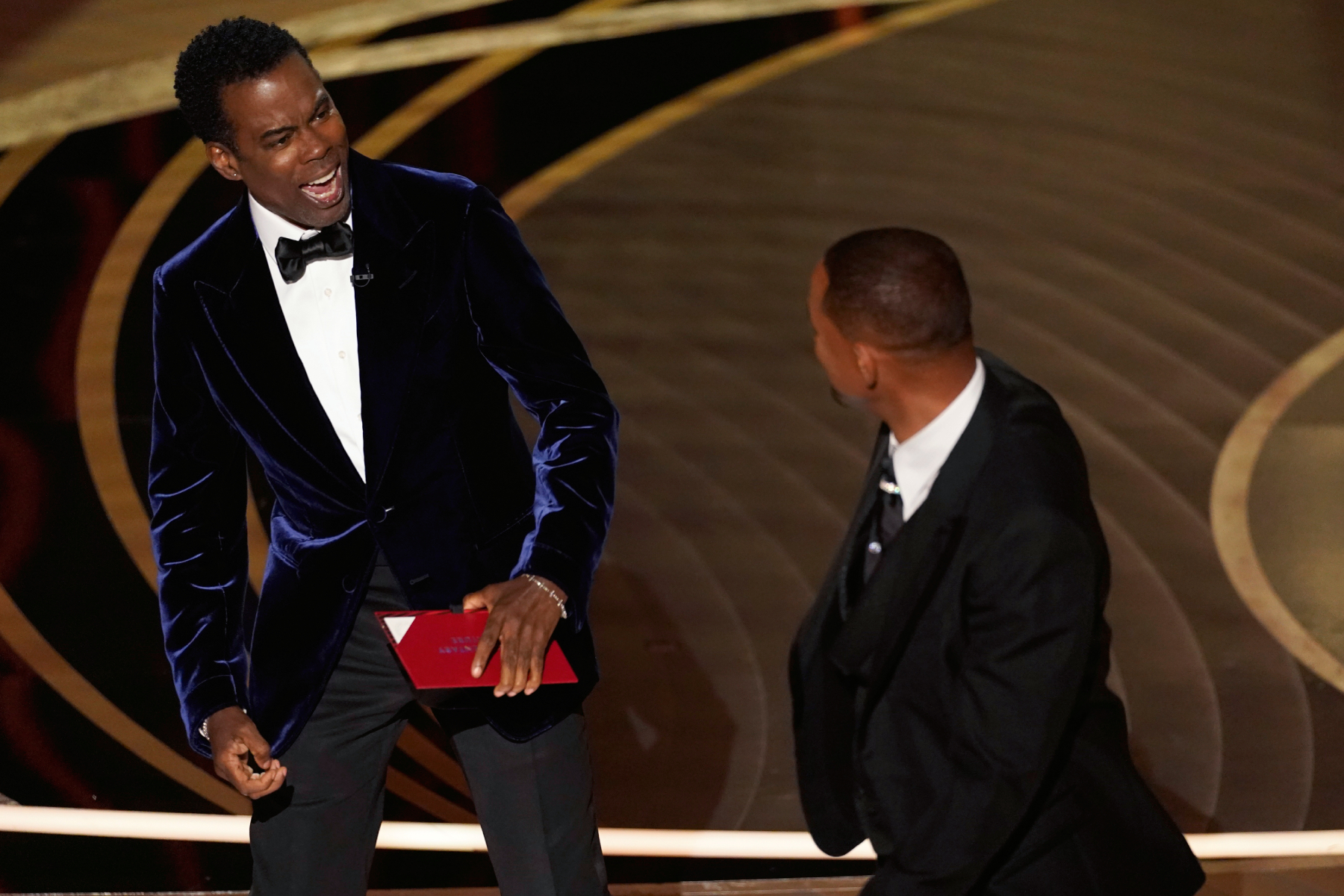 Oscars producer Will Packer is finally speaking out about the very intense scene that erupted backstage after Will Smith slapped Chris Rock across the face during Sunday night’s Oscars, including just how close Smith came to an actual arrest.

Breaking his silence in an interview with ABC’s Good Morning America, Packer says Los Angeles Police Department officials were ready to take Smith into custody, but it was Rock who saved him from a trip to jail.

“They were saying, you know, this is battery was the word they used in that moment,” Packer told ABC News’ T.J. Holmes. “They said, ‘We will go get him. We are prepared. We’re prepared to get him right now. You can press charges. We can arrest him.’”

LAPD previously revealed Rock declined to file charges against Smith, but it wasn’t clear until now that police spoke directly to Rock in person and let him know Smith’s fate was in his hands.

“They were laying out the options. And as they were talking, Chris was being very dismissive of those options. He was like, ‘No, no, I’m fine.’ He was like, ‘No, no, no.’ And even to the point where I said, ‘Rock, let them finish.’ The LAPD officers finish laying out what his options were. And they said, you know, ‘Would you like us to take any action?’ And he said, ‘No,’” the Oscars producer recalled.

An LAPD source tells Rolling Stone that considering the battery charge would have been a misdemeanor: “It would take the victim stepping forward for us to get involved.”

Packer also told Holmes that he did not speak directly with Smith at all the night of the Oscars. It’s not clear if he communicated with the actor through an intermediary.

According to the Academy of Motion Pictures, Arts and Sciences, Smith was asked to leave the Oscars ceremony after he slapped Rock but outright “refused” and defiantly accepted his Best Actor award for his role in King Richard in person. In a statement Wednesday, the Academy’s board of governors also said Smith could face suspension, expulsion, or other sanctions for violating the group’s standards of conduct.

“Things unfolded in a way we could not have anticipated. While we would like to clarify that Mr. Smith was asked to leave the ceremony and refused, we also recognize we could have handled the situation differently,” the statement obtained by Variety said.

Sources told Rolling Stone on Thursday that Academy CEO Dawn Hudson was one of the Academy officials who relayed to Smith that she wanted him to leave the Dolby Theater for the remainder of the telecast. Smith stayed in his seat and then delivered a lengthy acceptance speech for his Best Actor award, apologizing to the Academy and the show’s audience but not to Rock directly.

On Monday, Smith apologized to Rock via social media, saying he “reacted emotionally” to the comedian’s joke about his wife Jada Pinkett Smith’s buzzcut, which relates to her struggle with alopecia that she’s shared publicly. “I would like to publicly apologize to you, Chris. I was out of line and I was wrong. I’m embarrassed and my actions were not indicative of the man I wanted to be,” Smith wrote. “There is no place for violence in a world of love and kindness.”