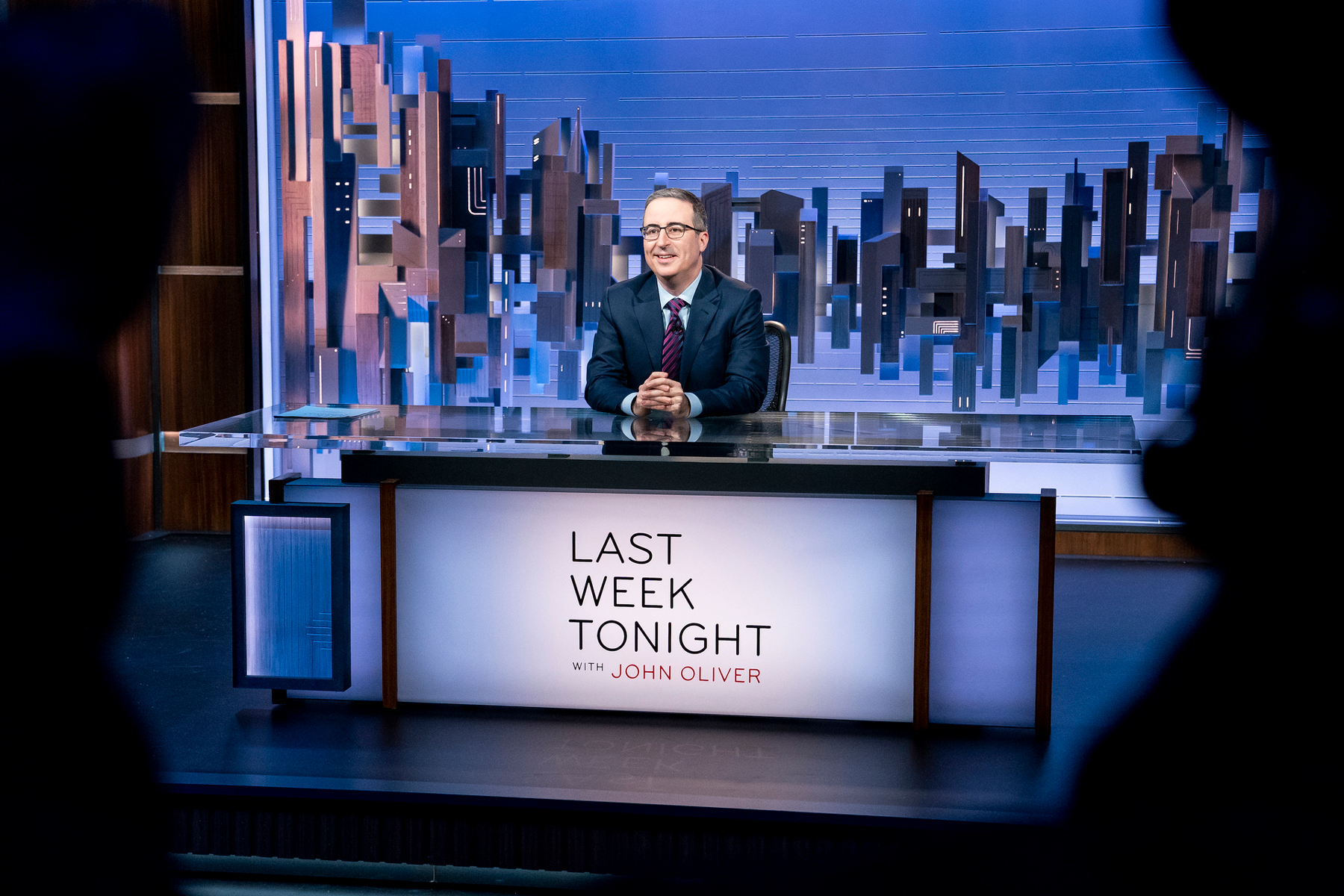 John Oliver began his show by discussing the vile Russian propaganda the country’s state-run television networks have been spewing since the invasion of Ukraine, then transitioned to a totally different topic: vile American propaganda. Specifically, the ooze aired on One America News Network, or OAN, which famously became Donald Trump’s favorite source of policy guidance once Fox News got too liberal for him. As an example of the network’s programming, Oliver brought up “pillow prince Mike Lindell’s election fraud documentary, ‘Absolute Proof.’ And yes, I am using the word ‘documentary’ there with Christ-like generosity.”

OAN was recently jettisoned from DirecTV, which is bad news for OAN—that’s how they made almost all of their money. In response, OAN’s owners sued DirecTV and their corporate parent AT&T for an extremely optimistic $1 billion, alleging that a non-disparagement clause in their agreement had been violated by shows like… “Last Week Tonight.” Oliver was delighted by the fact that he was quoted in the suit saying things like, “[OAN is] happy to give a platform to batshit election fraud theories from America’s most out-of-breath pillow fetishist.” Hey, it can’t be defamation if it’s true.

The show’s main segment concerned data brokers, the companies that collect your digital data, package it, and sell it to anyone who’s interested—sometimes in bundles based on shared characteristics. Real names of these bundles include “Ambitious Singles,” “Couples With Clout,” and “Kids and Cabernet.” Oliver quite rightly pointed out that the names also sound like “immediately green-lit shows on TLC.”

Thing is, brokers group people in far less fanciful ways—according to their medical ailments, for instance. Or as “Suffering Seniors” and “Help Needed—I Am 90 Days Behind With Bills.” Last year, Epsilon, one of these ghoulish companies, was forced to pay $150 million in penalties because they’d knowingly sold the data of 30 million people to scammers targeting seniors.

Now, none of this is particularly new. Several of the news clips Oliver showed were eight to 10 years old. An unsettling example of a stalker finding and killing a woman after paying a broker $45 for her data was 20 years old. So why was Oliver devoting a whole show to it now?

Blackmail! He and his staff paid for the data of a subset of individuals with traits that a lot of Congressmen have, and who were online within 5 miles of the Capitol building. Though Oliver was cagey about what they found, he indicated they were able to identify several specific lawmakers and their potentially problematic search histories. But he didn’t reveal anything more than that. Instead, he indicated that his preferred solution was for lawmakers to pass laws making the release of that kind of personal info illegal. In the meantime, Oliver had some advice for anyone on Capitol Hill worried about what he might do with their personal data.

“You might want to channel that worry into making sure that I can’t do anything,” he advised. “Sleep well!”