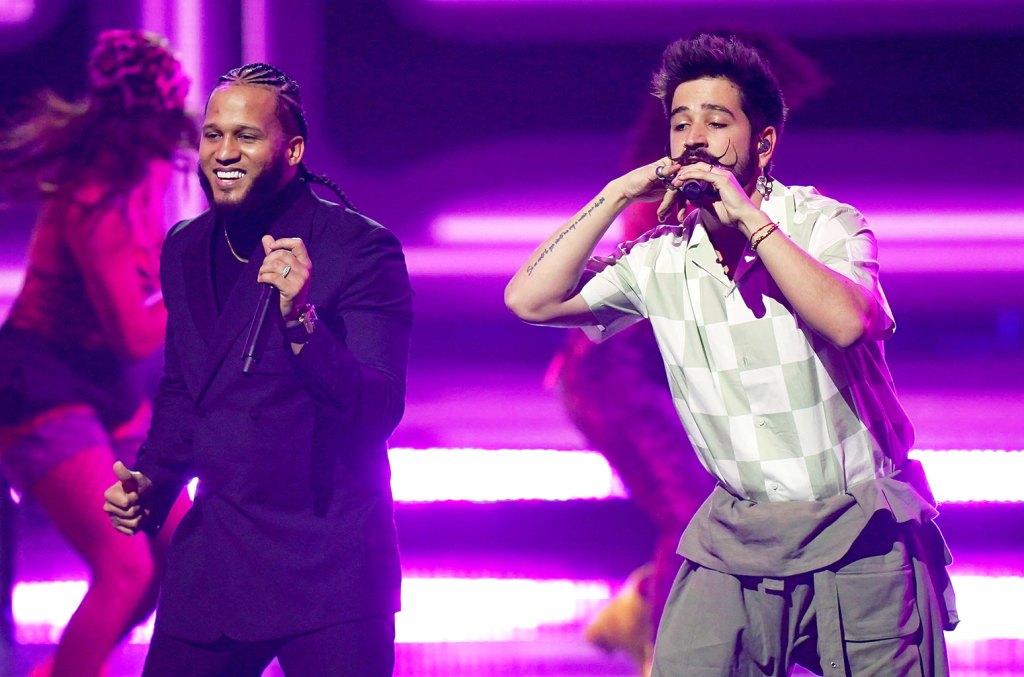 It’s a new year, and we’ve got some new predictions about which Latin music trends will take off in 2022 and which will keep their momentum going from 2021.

Last year, Billboard followed the growing trend of Latin EDM hits, with Farruko at the forefront thanks to “Pepas,” which was the Puerto Rican hitmaker’s first No. 1 on Billboard’s Hot Latin Songs chart (dated Aug. 28, 2021) and reached an average of 4 million daily streams on Spotify.

Other artists who dabbled in dance music were Karol G and J Balvin, who teamed up with Tiesto and Skrillex, respectively, for fist-pumping bops. Given its mass appeal and how well reggaeton and EDM fuse together, this trend will continue to thrive this year.

Like Latin EDM hits, other trends that will linger in the new year are experimental pop and emo regional Mexican songs. Breakout genres this year? Dembow and bachata will get more and more visible outside the original realm of this music.

Below, Billboard breaks down six Latin music trends for 2022.

There’s pop and then there’s unconventional pop that refuses to be boxed into one single category. Artists such as Camilo (“Pesadilla”), Rauw Alejandro (“Todo De Ti”), Myke Towers (“Experimento”), Kali Uchis (“Telepatía”), Nicki Nicole (“Baby”) and C. Tangana (“Demasiadas Mujeres”) are espousing experimental pop — often fused with rock, folk, reggaeton and disco — that turns heads and sets the bar high for what pop tunes can be. This wide-ranging pop, which will propel its longevity and popularity, also ruled the charts in 2021. In our year-end piece, Billboard highlighted “pop standing tall” with Uchis bringing Latin pop back to the forefront. Thanks to her chart-topping hit “Telepatía,” she became the highest-ranking artist of the Latin pop genre to finish in the year-end top 10 since 2018, when Shakira was No. 8.

With artists such as El Alfa, Chimbala and Tokischa, among many more on the map, there’s no doubt that Dominican dembow is having a moment. The fast-paced bouncy genre, which is rooted in Jamaica’s dembow riddim, rose from the barrios of the Dominican Republic in the early 2000’s thanks to pioneers like Doble T y el Crok Los Pepes, Shelow Shaq, and Secreto “El Famoso Biberon.” With viral Dembow songs such as “Pepe,” “El Teke Teke” and “La Chapa Que Vibran,” the underground genre eventually exploded at the clubs worldwide. In 2018, the rising Bad Bunny helped propel the career of El Alfa with their trap-dembow fusion “La Romana,” part of his X100PRE album.

Now, with 14 Hot Latin Songs entries, two top 10 albums on Top Latin Albums, and a historic sold-out show at the Madison Square Garden, El Alfa has become the genre’s biggest exponent. With its growing popularity, primarily because of its catchy repetitive beats, we strongly believe that the genre will only continue to grow in 2022 at the helm of talented Dominican newcomers such as Rochy RD, Tokischa, Kiko El Crazy, El Cherry Scom, and Calacote, to name a few.

There’s no question that Gen Z has fully embraced the emo genre and made it their own, which has also led to a new generation of emo music fans. A new iteration of Latin emo music was born over the past year thanks to young regional Mexican acts who are allowing themselves to be vulnerable via ultra deep lyrics on heartbreak. Dubbed sad sierreño, the ballads are melodies powered by traditional acoustic guitars (a bajo sexto, requinto and bajo quinto) in addition to an electric bass, for a contemporary twist. While the style gained momentum in 2021 thanks to artists such as Junior H and Eslabon Armado, a new batch of singer-songwriters, including chart-toppers Ivan Cornejo and Danny Lux, are carrying the trend of sadness-tinged ballads into the new year. Most recently, 17-year-old Cornejo, who topped Billboard‘s Latin Songwriters chart dated Oct. 30, 2021, teamed up with hitmaker Jhay Cortez for a new version of his sad sierreño anthem “Está Dañada.”

“The difference between past generations and now is the world we live in,” Krys DeLuna, Latin music programmer at Apple Music, previously told Billboard. “Vulnerabilities are subject to our culture, and these new artists are writing about the pains and reflections of their current world.”

Bachata meets pop and reggaeton? We’ve seen these types of collaborations before including Romeo Santos and Usher’s “Promise” in 2011 and Prince Royce’s “Deja Vu” with Shakira in 2017. But last year, a handful of Latin acts experimented with the genre, bringing to the forefront innovative fusions. Some examples include: Camilo and El Alfa’s “Bebé,” C. Tangana and Nathy Peluso’s “Ateo,” Ozuna and Anthony Santos’ “Señor Juez,” and Aventura’s Bad Bunny-assisted “Volvi,” which marked the bachata group’s first Hot Latin Songs No. 1 in over a decade.

Most recently, Spanish superstar Rosalia surprised fans with her own bachata tune “La Fama” in collaboration with The Weeknd, who also sings in Spanish. Their partnership arrived at No. 2 on Hot Latin Songs (Nov. 27-dated survey) and earned both acts a new career entry on the overall Billboard Hot 100 chart as it launched at No. 94. In 2022, we won’t be surprised if a wave of artists outside of the Bachata realm taps into the sultry, romantic genre.

If you still have “Pepas” on repeat, you’re not the only one. Farruko’s global smash hit continues to rule Billboard‘s Hot Latin Songs chart spending 20 weeks (so far) at No. 1. Sure, it’s not the first time that EDM and reggaetón have fused: Steve Aoki was among the first dance acts to tap into Latin rhythmic with “Azukita,” a 2018 collaboration with Daddy Yankee, Elvis Crespo and Play-N-Skillz. But in recent months, A-list Latin artists have started dabbling in EDM and have found global success. And because of its global appeal, we predict more and more Latin acts will tap into the genre.

“Given the star power of the artists that are collaborating and the global nature of dance music and Latin music, it automatically has that big reach,” Monica Herrera Damashek, head of U.S. Latin artist and label partnerships at Spotify, told Billboard. “This level of experimentation indicates that there’s some longevity beyond a trend that superstars are embracing right now.”

The Rise of R&B

Latin R&B fusions are having a moment. Kali Uchi’s pop-tinged R&B anthem “Telepatía” became a viral hit and made history as it rose to No. 1 on three charts, including both Latin and Rhythmic Airplay. Uchis isn’t the only artist pushing the genre forward. Acts such as Paloma Mami, Dalex, Cazzu, Jona Camacho, Georgel, among others, are experimenting with R&B beats. While the genre has yet to reach mainstream success, “Telepatía’s” wild success last year has catapulted the genre to new heights and putting a spotlight on a sound that has filled a niche in the industry. This year already, we’re seeing artists experiment with R&B, even trap artists from Argentina such as Tiago PZK and LIT Killah who recruited Maria Becerra and Nicki Nicole for “Entre Nosotros” a sultry R&B fused with rap.