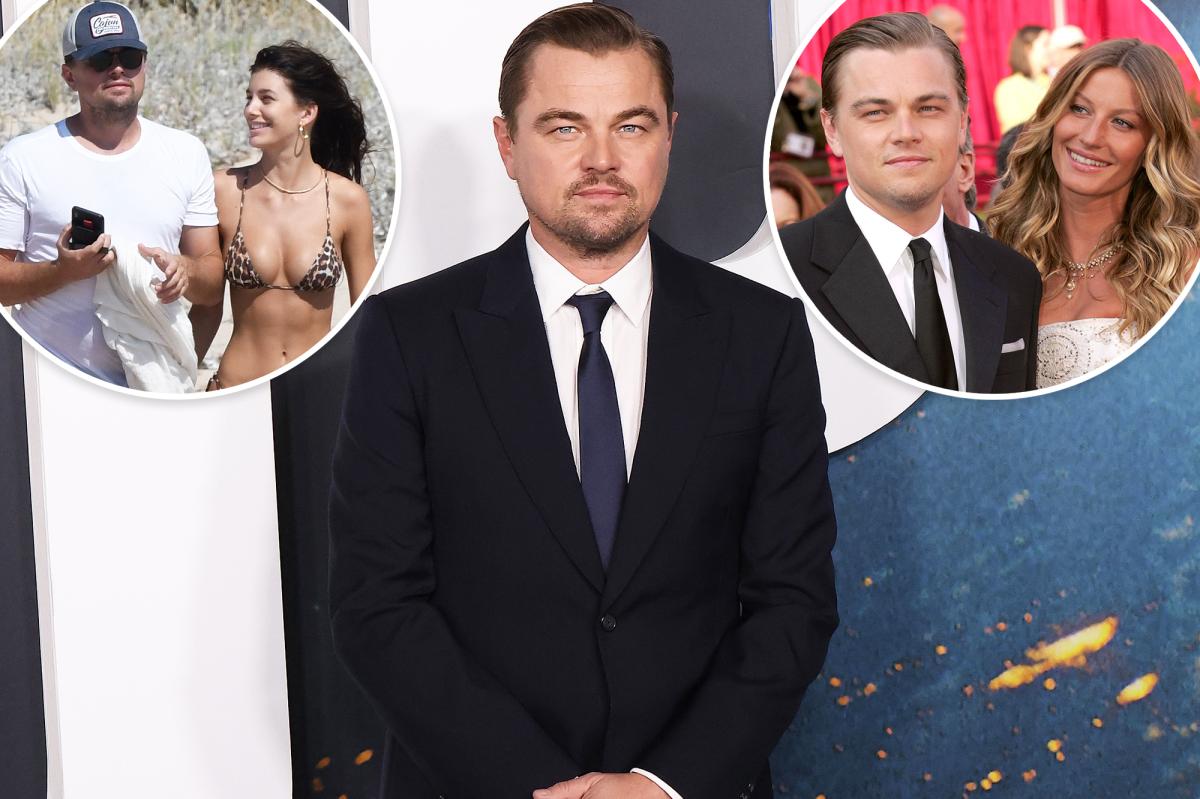 The internet was set ablaze when news broke Tuesday that Leonardo DiCaprio and his much-younger girlfriend, Camila Morrone, reportedly split after four years of dating.

Twitter users immediately trolled 47-year-old DiCaprio — who is said to only date women under 25 — over his inevitable breakup from the model, who just turned 25 in June.

“maybe leonardo dicaprio hated 9/11 so much that he can’t even date women who remember it. did that even occur to you,” one Twitter user savagely joked.

“maybe leonardo dicaprio feels bad for all the women who can’t rent a car until they are 25 and is actually a really good guy. did that ever occur to you,” a second suggested.

“Leonardo Dicaprio when his girlfriends reach 25 years of age,” another Twitter user captioned a clip of a woman throwing a baby into a fire.

“The girl Leonardo DiCaprio will dump when he’s 72 was born today,” a fourth jabbed.

“there’s no phenomenon on this planet more reliable than leonardo dicaprio breaking up with his girl by age 25, the stats are breathtaking,” someone else wrote.

“Leonardo DiCaprio once his girlfriend’s brain finishes development,” another troll posted alongside a clip of Miley Cyrus blowing a kiss goodbye in “Hannah Montana.”

“3 things are certain in life: – death – taxes – leonardo dicaprio breaking up with his girlfriend before her pre-frontal cortex has fully developed,” one more person agreed.

“the thought of leonardo dicaprio possibly dating someone born in the 2000s is actually terrifying,” another netizen shared.

“in two years, when Variety announces that Leonardo DiCaprio and Olivia Rodrigo have started dating, it’s gonna be a f–king rough day,” one jokester tweeted, referring to the 19-year-old singer.

“i need to know how leonardo dicaprio conducts these breakups. does he start picking fights months before they turn 25 to be less conspicuous? do they wake up on their birthday to a note that says ‘sorry i can’t don’t hate me’ someone pls investigate,” someone else begged, referencing the note Carrie Bradshaw received from Burger in a “Sex and the City” episode.

“white smoke has emerged from the chimney atop north hollywood high school, signaling that leonardo dicaprio has chosen a new girlfriend,” one more wrote, making a comparison to how the Vatican signals a new pope being elected.

“titanic turns 25 this year at which point i assume leonardo dicaprio will no longer want to be in it,” another quipped.

“Have you ever considered that Leonardo Dicaprio is so proud of his work in the Titanic, he only dates women who weren’t old enough to have seen it when it premiered so HE can share the special moment of watching it with them for the first time? did that even occur to you,” someone else razzed.

People reported Tuesday that the Oscar winner had split from the “Daisy Jones & The Six” star.

The news came after the duo were spotted having a tense conversation in May as DiCaprio comforted Morrone a the beach in Malibu.

The actor further fueled speculation he and the actress were dunzo after he was seen galavanting around Europe solo this summer.

DiCaprio and Morrone began dating in 2017 when she was just 20 years old. They made their awards show debut at the 2020 Oscars.

Morrone has defended their 23-year age difference in the past, telling the Los Angeles Times in 2019, “There’s so many relationships in Hollywood — and in the history of the world — where people have large age gaps. I just think anyone should be able to date who they want to date.”

Other A-list women DiCaprio has dated who were 25 years or younger at the time of their relationships include Kate Moss, Helena Christensen, Naomi Campbell, Bar Refaeli, Nina Agdal and Gisele Bündchen, the latter of whom he dated for six years until 2005.

Apparently, age matters after all.