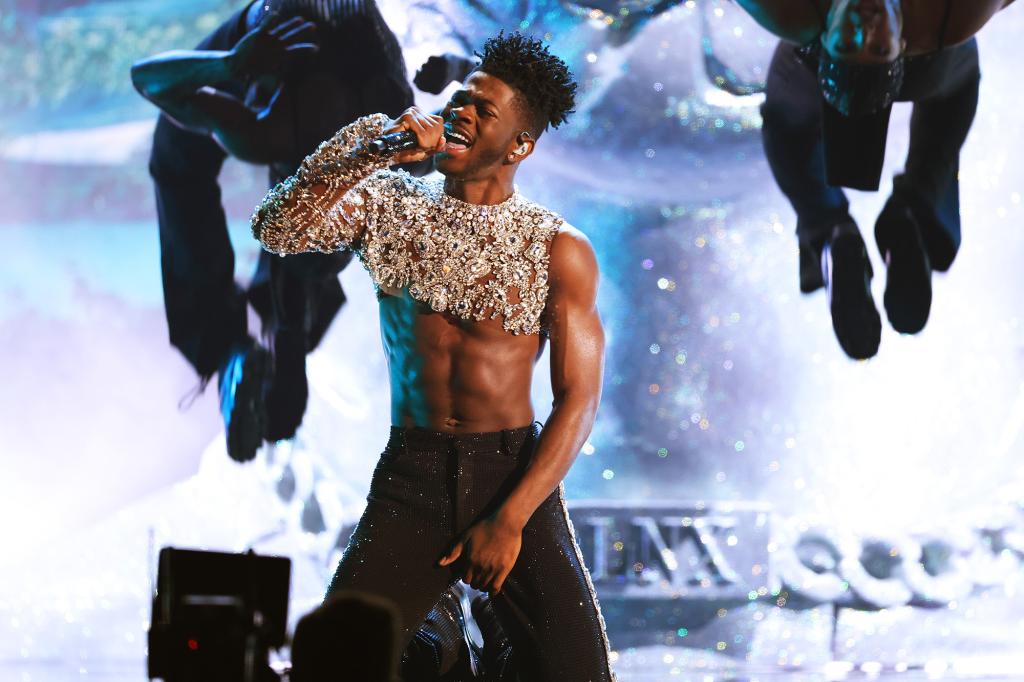 Lil Nas X executed an X-rated stunt during his Grammys performance Sunday, transforming his microphone into his penis, continuing the era of the on-screen peen.

While rocking the stage alongside rapper Jack Harlow, 24, at the MGM Grand Garden Arena in Las Vegas, the 22-year-old “Old Town Road” rhymer, who was nominated five Grammys this year, placed his mic at the center of his crotch and swung it around in a circle, pretending the device was his genitalia.

And the cyber crowd went nuts.

“Lil Nas X killed it too, w0w, also microphone dingle???,” tweeted a tickled fan. “That Lil Nas X performance was enjoyable, and my favorite part was probably the silence and mic hand smacking motion,” applauded another.

“I can’t watch @LilNasX grab his d- -k” anymore on the #GRAMMYs  It’s not going anywhere. Just stop!,” barked an annoyed audience member. “Well we know he has a d- -k because he grabbed it like A MILLION times during his performance,” spat another.

Others even turned Lil Nas’ naughty behavior into a viewing party pastime.

“New drinking game,” tweeted a online jokester. “Watch Lil Nas’s #GRAMMYs  performance and take a drink every time he grabs his d- -k. Seriously what’s going on down there? Got an itch or he literally can’t keep his hands [off] it?“

Lil Nas’ saucy showcase came shortly after he lost Song of the Year honors to Silk Sonic for “Leave the Door Open.”

But the rapper isn’t planning on letting his defeat ruin his night.

It seems, Lil Nas X will have a night that lives up to the last letter of his name.