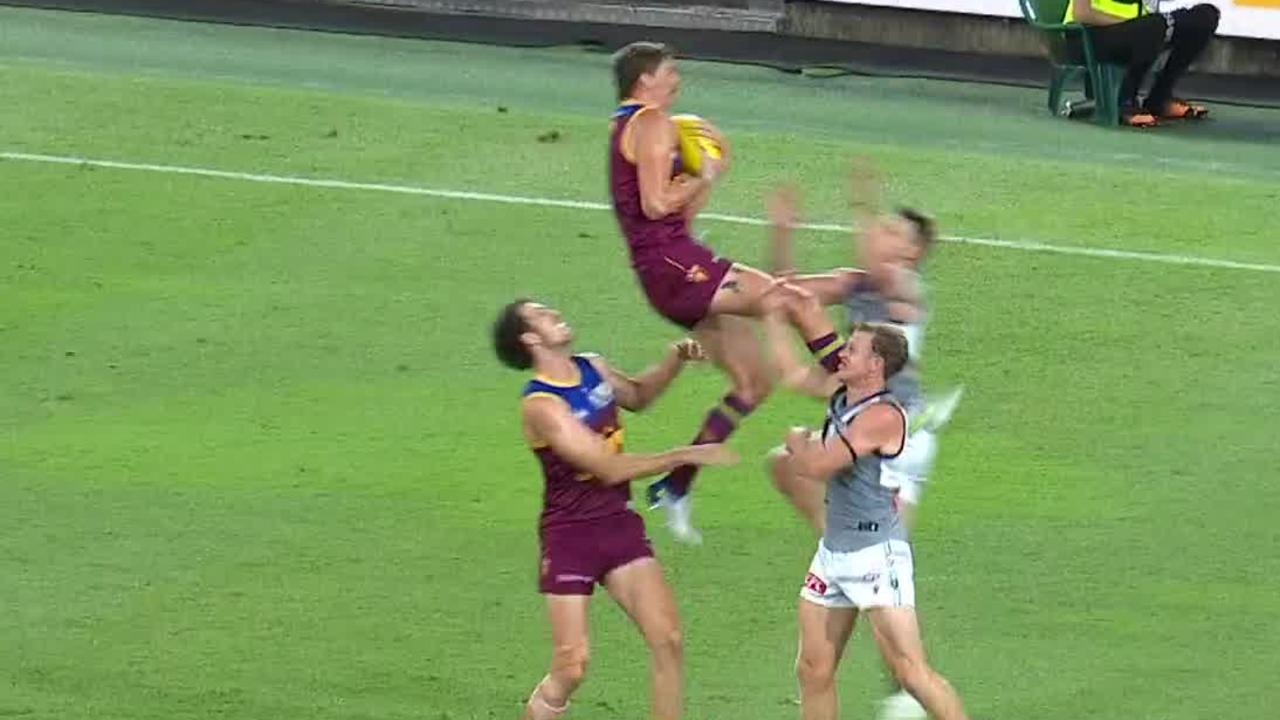 The Brisbane Lions and Port Adelaide face off at the Gabba on Saturday night, with Harry Sharp and Steven Motlop the respective medical subs.

Lions recruit Darcy Fort booted the first goal of the game to get his career at Brisbane off to the perfect start.

In worrying signs for the the Power, Robbie Gray went down to the rooms early with a knee issue, although later returned.

But Port was dealt another scare as young gun Xavier Duursma came from the field soon after seemingly with a collarbone injury, eventually subbed out for Steven Motlop.

Travis Boak got the Power on the board late in the period in a low-scoring affair.

Fort then put through his second goal at the quart-time siren to make a strong impact on the game early.

The Power started the second term hot including back-to-back goals to Karl Amon and Dan Houston, although Lincoln McCarthy hit back at the other end to steady the ship.

The hits kept coming in the first half as Daniel Rich was treated on the sidelines with a back issue, while Aliir Aliir came off after rolling his ankle.

Joe Daniher booted his first goal of the season late in the second term to bring it back to a three-point game.

And he had the chance to kick another goal to close out the half following an epic mark, but Daniher elected to handball to Nakia Cockatoo as the siren sounded.

“What a brilliant mark and what a brain fade. That’s a smart ass, just kick the goal. You’ve taken a towering mark, kick the goal back over the bloke’s head you’ve taken the specky on and look him in the eye and say, ‘that was pretty good, wasn’t it?’” Hawthorn legend Dermott Brereton told Fox Footy at half-time.

Injuries continued to pile up for both sides in the third term, with Connor Rozee suffering an ankle knock, while Dayne Zorko was subbed out of the game with an ankle/Achilles issue.

The Power were able to push ahead in the period, booting four goals to Brisbane’s two, although Chris Fagan’s men wrestled back momentum late.

Daniher lit up to open the fourth term, booting two goals to get the Lions within one point as it was game on.

Oscar McInerney then had a chance to put the Lions in front, but he couldn’t convert the set shot and the scores were all tied up.

Trent McKenzie was the next casualty of what’d been a brutal game, landing awkwardly on his knee in an ugly looking incident as he had to be stretchered off the ground.

The match got underway at the Gabba from 8.10pm AEDT.

Follow Brisbane v Port Adelaide in our live blog below!