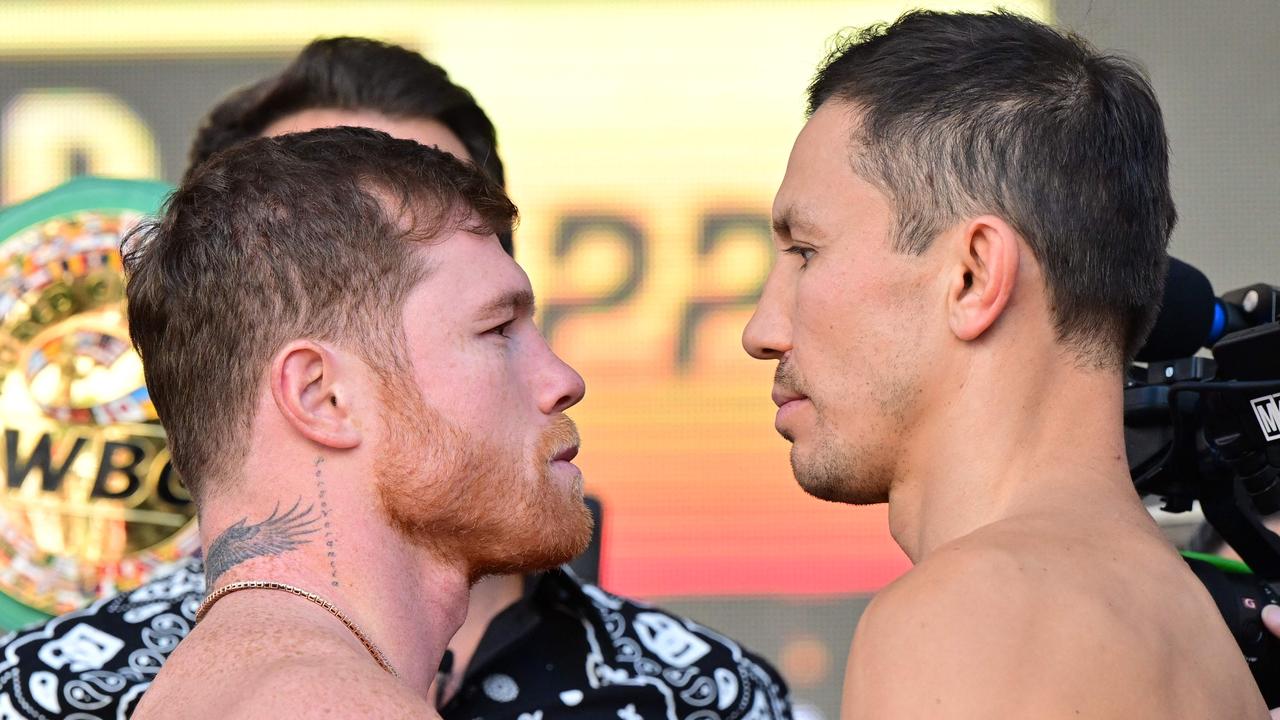 Saul “Canelo” Alvarez says a trilogy-deciding victory over bitter rival Gennady Golovkin on Saturday will return him to the pinnacle of boxing and recognised as the world’s best fighter.

Alvarez, roared on by his devoted fans who celebrate Mexican Independence day on Friday, will try to beat the hard-hitting Kazakh for a second time after a controversial victory in their most recent fight in 2018.

With the bout taking place at super-middleweight, it’s a chance for the Mexican superstar, undisputed champion in the 168-pound weight class, to avenge his last fight loss — a defeat at light heavyweight to Dmitry Bivol — and become the pound-for-pound finest in the eyes of the boxing world.

Golovkin, 40, will fight in the weight class for the first time but the weight should suit the middleweight champion, who says Alvarez was lucky to earn a draw in their opening bout in 2017 before delivering the lone career loss for “Triple G.” The fighters have made no secret of their dislike for each other, a rivalry sparked further after Alvarez tested positive for the banned substance clenbuterol in March 2018, delaying a third matchup until now.

Alvarez is determined to knockout Golovkin for the first time in his storied career, a stoppage that would cement the Mexican’s place among the all-time greats.

“It’s one of the biggest fights of my life, because of the rivalry we have, and this third fight will be the most important,” Alvarez told AFP.

“The fact he’s going into it thinking possibly it could be his last makes him dangerous. I’m going to leave everything in the ring.

“From the first round I’ll be looking to get the stoppage. This is as edgy as I’ve been before a fight for a while.”

Alvarez enters 57-2-2 with 39 knockouts while Golovkin is 42-1-1 with 37 knockouts and three world titles in the 160-pound middleweight division.

The Bivol loss has not dimmed Alvarez’s confidence about his place in the boxing realm.

“I think I’m the best fighter in the world right now,” Alvarez said. “No one has taken risks like me and I don’t need to take risks but I love a challenge and I still feel I’m the best.

“I just want to punish him really hard. I’m close to doing that. He pretends to be a nice person but he’s not. He talks a lot of (stuff) about me and that’s what I don’t like. He’s a great fighter but as a person? I don’t think so.

“The rivalry goes back years and I love that it’s personal. It makes me train like crazy so that motivates me even more. I listen to what he says but at the end of the day, he is just making excuses. I listen but don’t take it to heart or on board.

“What I don’t like is when it comes to talking in person, he lies and he is a different person.”

Golovkin, meanwhile, feels the Mexican lost touch with reality after comprehensively losing against the bigger, stronger Bivol earlier this year as Alvarez saw his attempt to rule in another weight class fail.

“He continues to say he’s not afraid of any challenges and saves his face,” Golovkin said. “At the same time, what he has said in the press conferences, he didn’t take Bivol seriously. He drew his conclusions that this loss brought him back down to Earth.

“He lost touch with reality and believed he was invincible. Confidence is there, but after clearly losing the fight, you’re raising your arms and saying you only lost a couple of rounds? That’s what I’m talking about.

“I’m calm and confident. My nervous system tells me it’s business as usual. I anticipate he will make less mistakes. I know what type of fight we’re facing and I’m absolutely ready.”

HOW TO WATCH CANELO VS GGG

WHAT TIME DOES IT START?

Coverage of the fight card begins at 10am (AEST), with Alvarez and Golovkin expected to face off in the main event at around 2pm, depending on how long the undercard lasts.