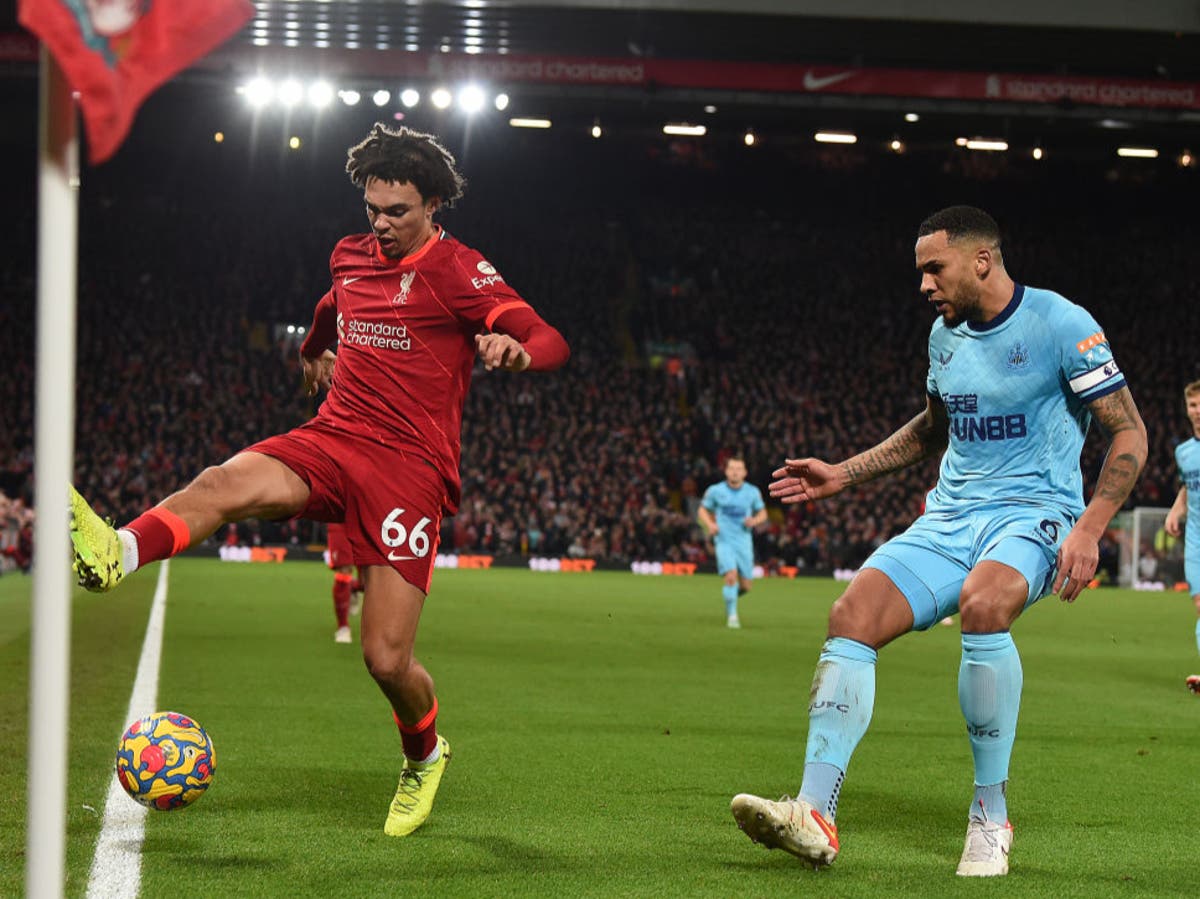 Liverpool host Newcastle in the Premier League tonight as Jurgen Klopp’s side look to build on their 9-0 demolition of Bournemouth.

The result was Liverpool’s first win of the Premier League season and was the boost the Reds needed after their defeat to Manchester United at Old Trafford.

Klopp’s side remain short on numbers due to injuries and suspension and face a tough challenge against Eddie Howe’s Newcastle in their first three-game week of the season.

Newcastle salvaged a draw at Wolves on Sunday thanks to Allan Saint-Maximin’s stunning late equaliser, extending their unbeaten start to the season.

Here’s everything you need to know.

When is Liverpool vs Newcastle?

The match will kick off at 8:00pm BST on Wednesday 31 September at Anfield, Liverpool.

The match will be shown live on BT Sport 1, with coverage due to begin at 7:00pm BST. Subscribers can stream the game online via the BT Sport app or online player.

Liverpool have been handed a boost as Joel Matip and Curtis Jones returned to training this week but Diogo Jota and Thiago remain out while Darwin Nunez serves the last match of his three-game suspension.

Newcastle are still waiting on club record signing Alexander Isak’s work permit to come through. “I hope it does,” Eddie Howe said. “There is no guarantee as I sit here now. It could go down to the wire.” Elsewhere, Newcastle have a number of injury concerns. Bruno Guimaraes (out) and Allan Saint-Maximin (doubt) have both had slight hamstring issues. Callum Wilson is already on the sidelines and has been joined by Emil Krafth who is now out with an ACL injury.

Newcastle have been left looking short by absences in attacking areas, although Eddie Howe’s side will put up more of a resistance than Bournemouth, this should be another home win at Anfield. Liverpool 2-0 Newcastle