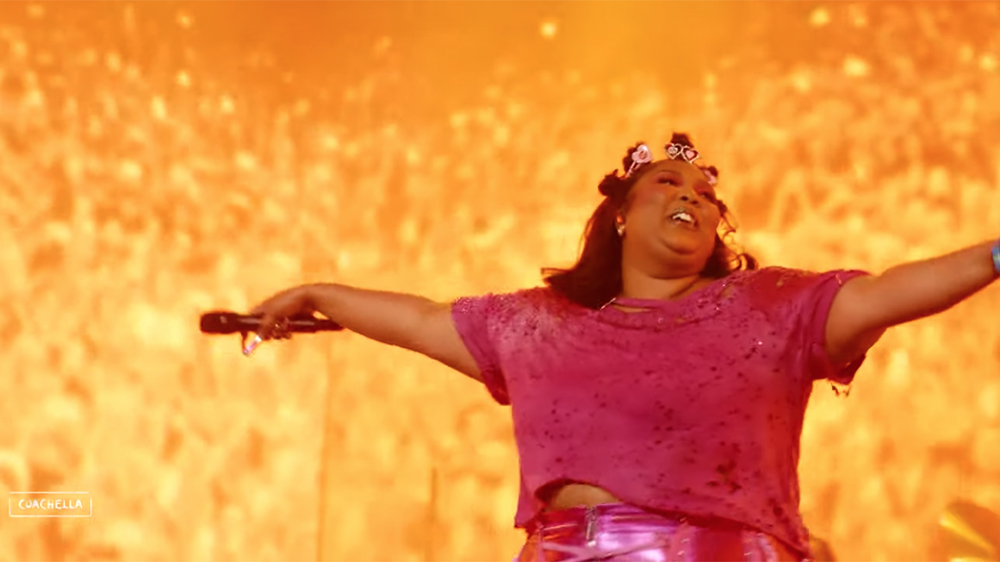 All the rumors were true: Lizzo joined Harry Styles onstage during his Coachella Weekend 2 headlining set for a classic cover (“I Will Survive”) and for a One Direction favorite, 2012’s “What Makes You Beautiful.”

Adorned in colorful feathered boas, Lizzo took the stage for the Gloria Gaynor hit and strutted alongside Styles as they delivered the female empowerment anthem. They then segued to One Direction’s “What Makes You Beautiful,” which celebrates its 10th anniversary this year. The tune is among the boy band’s most popular songs, nearing 700 million streams on Spotify alone.

🎥|Harry Styles and Lizzo, performing ‘I Will Survive’ live from #Coachella tonight!
23.4.2022 pic.twitter.com/IJ6Gc6fj6K

Earlier on Friday, Lizzo teased her appearance at the festival on TikTok by putting her own twist on the app’s latest meme of a girl hitting her hip on the side of a bed and screaming in pain (and perfect pitch). “I’m bored otw to Coachella,” Lizzo wrote in the caption, causing fans to go wild speculating that she would appear alongside Styles.

Lizzo’s Coachella cameo comes after the release of her new single “About Damn Time” last week, followed by her stint on “Saturday Night Live” pulling double duty as the host and musical guest. Last weekend at Coachella, Styles brought out Shania Twain to duet her 1999 hit “Man! I Feel Like a Woman” as well as 1997’s “You’re Still the One.” The crowd last weekend, Variety reported, topped 100,000 for Styles’ set.

Lizzo and Styles’ friendship goes way back, starting when Styles performed a cover of Lizzo’s “Juice” for his BBC1 session in December 2019. The next month, the two got to perform the self-love anthem together in Miami during Lizzo’s Super Bowl concert, and Lizzo returned Styles’ favor by covering “Adore You” during her BBC1 session. Ever since, they’ve snapped plenty of pictures together at awards shows — even holding hands during the 2020 Brit Awards — and have gushed about their friendship in the press.

Both pop stars also have new albums on the way, with Styles’ “Harry’s House” due on May 20 and Lizzo’s “Special” coming July 15.