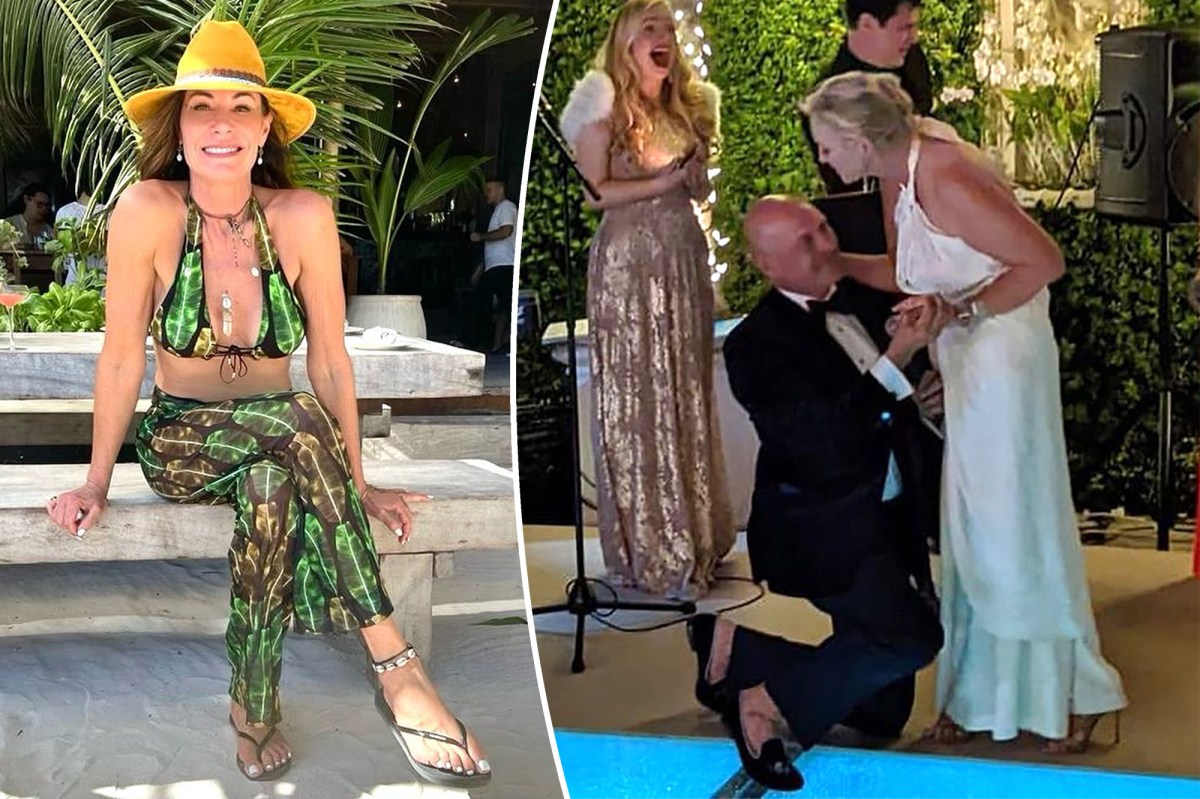 It will never be about Tom again — and the Countess couldn’t be more relieved.

In an exclusive interview with Page Six, Luann de Lesseps said that she is thrilled to see her ex-husband Tom D’Agostino find love with his new fiancée, Danielle Rollins.

“I’m happy for him. I’m happy we both moved on,” the “Real Housewives of New York City” star, 56, said while promoting her appearance on “Project Runway” this week.

Though D’Agostino, 55, proposed to Rollins in Palm Beach, Fla. on New Year’s Eve — the same location and day on which he wed de Lesseps in 2016 — the Fosé Rosé founder remains unbothered.

“I’ve moved on from that time in my life and I truly only wish him the best,” she said. “That’s the feeling. It’s all good.”

Bravo honcho Andy Cohen said on a recent episode of “Watch What Happens Live” that he hopes de Lesseps finds a “great guy” in 2022, a sentiment that she appreciates.

“I hope I do, too!” the “Chic C’est La Vie” singer enthused, adding that she has a significant break in cabaret shows over the next few months to focus on dating again.

The entertainer, who recently wrapped a Christmas tour of the East Coast, said that her jam-packed performance schedule had kept her “too busy” to even consider meeting Mr. Right.

“I just haven’t had a minute to think about it. But in 2022, I have a little more time to focus on possibly finding someone — just a little bit, though, because I’m about to get back into the swing of my next cabaret shows,” she said.

“But I do have the next couple of months off, so I’m ready. Let’s go!”

De Lesseps — who finalized her divorce from D’Agostino in 2017 — most recently dated Garth Wakeford, whom she split from in late 2020.

The veteran Bravolebrity was previously married to Count Alexandre de Lesseps from 1993 until 2009. The two share daughter Victoria, 27, and son Noel, 24.

Chatting with Page Six in December, Luann revealed the type of partner she’d eventually like to settle down with.