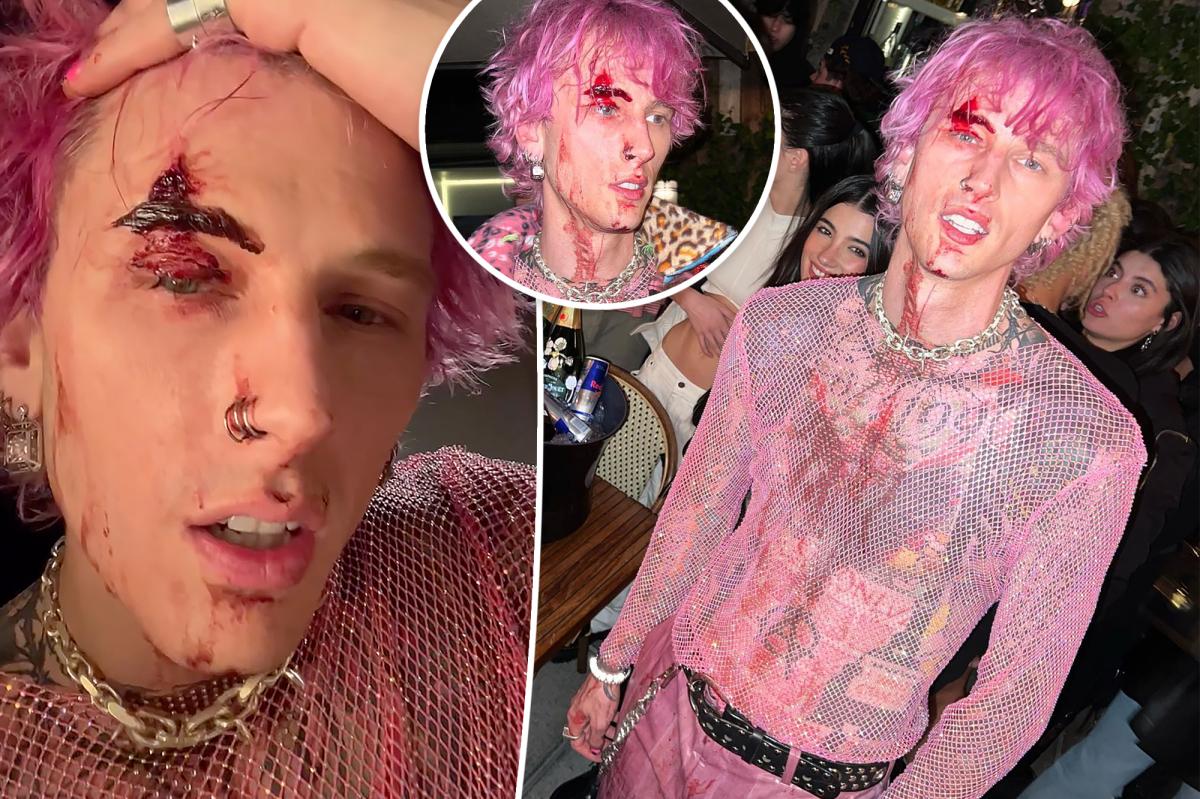 It’s a bit more than a paper cut.

Machine Gun Kelly started gushing blood from a slash above his eyebrow after smashing a champagne glass on his forehead Tuesday night.

But it turns out the rocker had too much fun to clean up the wound – or change out of his outfit before heading to bed.

On Wednesday, the singer wished his fans “good morning” while sharing a closer look at the deep cut via his Instagram Story.

“Oh s–t,” the 32-year-old said while pulling back his pink hair to examine his bloodied eyebrow, which had dried overnight.

Later that morning, the singer posted a series of snaps to Instagram from the Mainstream Sellout Tour concert at Madison Square Garden, along with the subsequent afterparty at Catch Steakhouse where the incident took place.

“NYC you’re my bloody valentine 🩸❤️‍🔥,” Kelly captioned the photos, including the bloody aftermath of the flute to forehead moment.

At the afterparty, the rockstar gave a speech to the crowd – which included fiancée Megan Fox, Avril Lavigne, Landon Barker and his new girlfriend, Charli D’Amelio – when he decided to bang the flute against his head, sending shards of glass around the venue.

“I don’t give a f–k, bro. I don’t give a s–t,” he said into a microphone before belting out an impromptu performance of his hit song “My Ex’s Best Friend.”

According to an eyewitness, the rockstar declined bandages from the staff and opted to use a rag to clean up the bloody mess.

However, that wasn’t the only outburst from the “Emo Girl” singer that night. During his concert at Madison Square Garden, the rapper-turned-rockstar was caught yelling at a crew member in the middle of his sold-out show.

Fans say Kelly stormed off stage to confront a worker before having to be held back by another crew member as his band played on.

MGK finally made his way back to the stage where in true punk-rock fashion, he smashed his guitar into pieces.