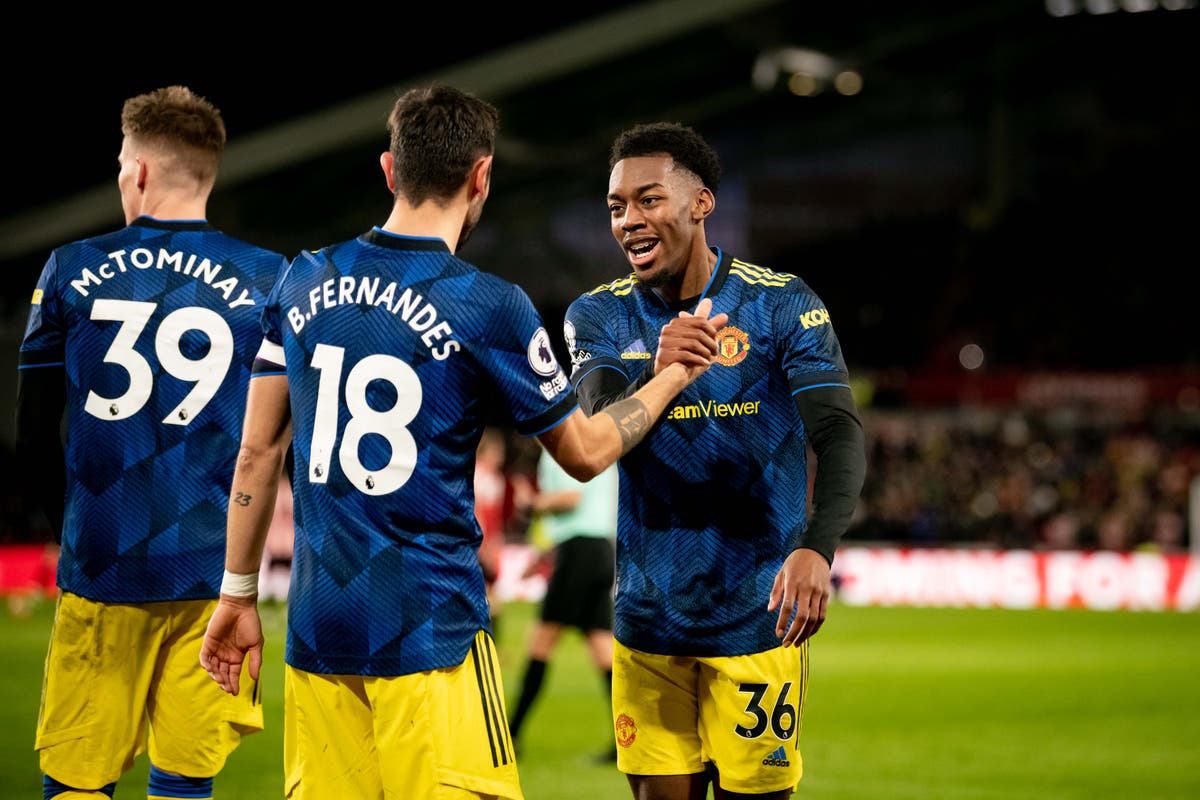 Only this Manchester United could put together two halves that encourage wildly different conclusions in isolation.

Part one of this Rorschach test was all too familiar. Laboured, clumsy in possession, spared by embarrassment by David de Gea. Second best to an effervescent team boasting functional, hardworking footballers in red, playing to a very clear plan at a state of the art stadium in front of an entrusting crowd? United fans can only dream.

The second was also quite familiar. What we know of this United team over previous seasons is they have players who can operate independently of whatever excuse of a tactic they are adopting. Instructions and structure? Not for this lot. You don’t go to Second City for the scripts.

Mash them together and you get what transpired at the Brentford Community Stadium on Wednesday night. A magic eye of a 3-1 win that looks either convincing or fortuitous depending on which angle you’re gazing upon it. Even in a results industry, and a result that moves United two points off the top four, it was hard to tot this up as an outright success.

As much was this a meeting of different mights, one more instructive quirk was a difference relating to their managers. What we know of modern football is that player power means they no longer fear their bosses in the way they may have used to. Thus the key for anyone trying to get the Gen Z footballer to cede to their whims is to convince them to do so out of the goodness of their hearts. And even given their respective struggles – Brentford’s four league defeats in their last five; United’s one loss and two draws across the same stretch – one group are clearly far more willing to meet their coach halfway than the other. Both Thomas Frank and Ralf Rangnick know which one is which.

United always seem to save their most insipid performances for teams in the lower half of the table, almost to exacerbate their modern funk. As if they get a cut from the usual tropes of asset comparisons that do tremendous numbers on socials media (a squad with a market value of £783million up against just £190m, if you’re wondering). More alarming are the numbers contained within the games. On this occasion, Brentford had outshot their vastly wealthier opponents three to nil in the first half, boasting a superior expected goals ratio of 1.15 to 0.22.

But you didn’t need an abacus to tally Brentford’s superiority during the opening period. This was largely the best of them under Frank: if not winning every ball, then almost always ensuring the subsequent United pass was in some way awry. They were sharp going forward, in sync knowing where each other was and so clear in movement and execution, with energy levels to match. What was particularly notable was how they targeted United’s right side, which was often a man light as Bruno Fernandes roamed elsewhere.

The only thing missing for Brentford, as ever, was a more clinical edge. And as Mathias Jensen had a trio of efforts on goal – two in the first half he should have converted – the host’s mortality, exemplified by just 12 goals in the 10 home games in the league prior to this one, was ripe for exploitation by opponents boasting such individual quality.

In the space of seven second-half minutes, United were 2-0 up. Fred’s perfect ball over the top was flicked up then headed in by Anthony Elanga. Cristiano Ronaldo’s imperious chest set Fernandes through for an easy lay on for Mason Greenwood to finish into an empty net. Two moments of brilliance – two goals, with the first two shots on target.

From that point, it was a different game. Brentford could not really do more, beyond committing more men forward. Which they did, resulting in Marcus Rashford’s third.

While we’re talking about individuals coming to the fore, it is only right Rangnick gets some of his own credit, too. Whatever was said at half-time was heeded, especially if it was encouragement for United to play that little bit snappier and have a little more conviction going forward. The ponderous side that slinked into the changing rooms at the break did not emerge after.

Arguably more impressive was changing the 4-2-3-1 to a 5-3-2 on 71 minutes. The tweak ensured United were less porous, and also gave a chance for Rangnick to flex his managerial courage by withdrawing Ronaldo, for Harry Maguire, no less.

Indeed as Rashford celebrated his first goal since 30 October, Rangnick was offering condolences to Ronaldo for having to watch from the bench as the clear spaces in the final third were to someone else’s gain. Further along sat Anthony Martial, fresh from clearing the air with the manager earlier in the week after opting out of the squad that relinquished a 2-0 lead against Aston Villa on the weekend.

The first 45 minutes speak of the issues that remain, but it is the second 45 that will matter most. With control assumed, a game won and a public showing that, though tactical cohesion is still a work in progress, diplomacy and cooperation are not a lost cause with this team.