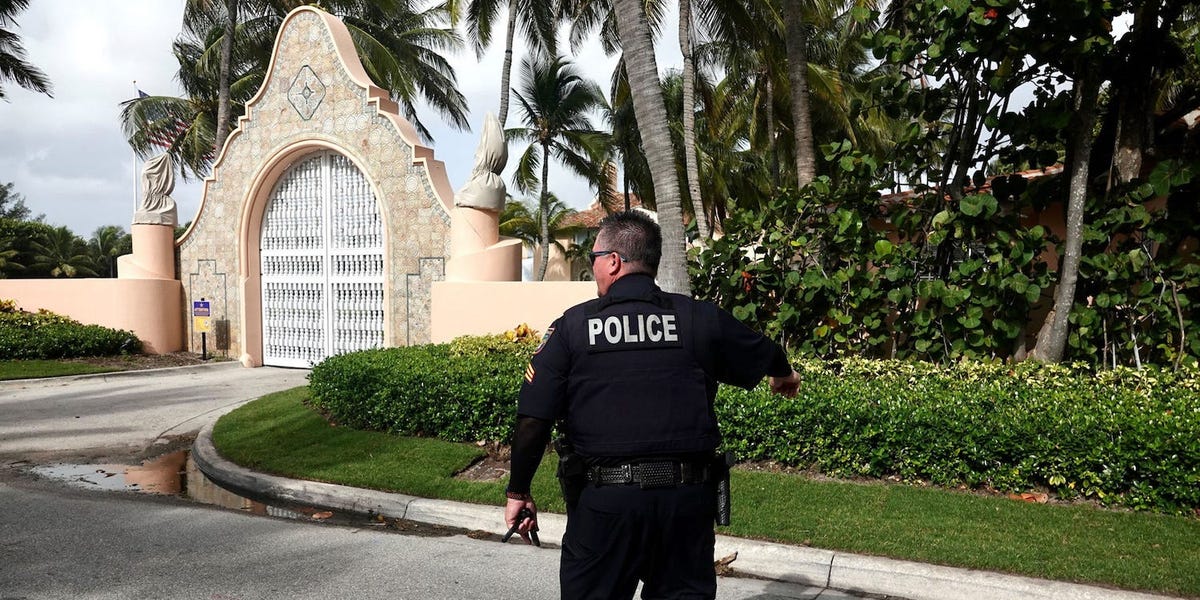 Mar-a-Lago is “the worst place in the world” to store anything safe because there is hardly any security there, the British filmmaker who followed former President Donald Trump at the end of his presidency said.

For his documentary series, titled “Unprecedented,” Holder interviewed Trump on three different occasions, including once in Mar-a-Lago after the insurrection on January 6, 2021.

Holder told “The Bulwark Podcast” in an episode released Tuesday that when he visited Trump there, he was able to walk around the entire resort freely thanks to the lack of security.

“Obviously, Mar-a-Lago is the worst place in the world to ever store anything safe because it’s a members club and people are playing golf and you can obviously bring your guests in as well,” Holder told The Bulwark Podcast.

Holder’s comments came after the FBI executed a search warrant at Mar-a-Lago and seized about 20 boxes worth of material from the estate, including 11 sets marked as classified. The search was part of an investigation into whether the former president violated three federal laws, including the Espionage Act.

Holder also hypothesized that Trump was “probably just showing off [classified documents] to people as to how cool it is, I mean that’s the kind of guy it is.”

Holder did not say whether he saw any government documents lying around.

According to The Washington Post, FBI agents seized some documents from the former president’s bedroom, office, and a first-floor storage room.

The Florida golf club is notorious for its security problems. In 2017, Trump held sensitive foreign policy discussions with then-Japanese Prime Minister Shinzo Abe in full view of other guests eating dinner at the club.

“Trump turned his table into an al fresco situation room,” a Washington Post reporter wrote at the time.

Two years later, a Chinese woman trespassed into the club carrying a USB drive and a device for detecting hidden cameras. The Secret Service found that she was able to enter the club because the name on her passport partially matched that of a club member.