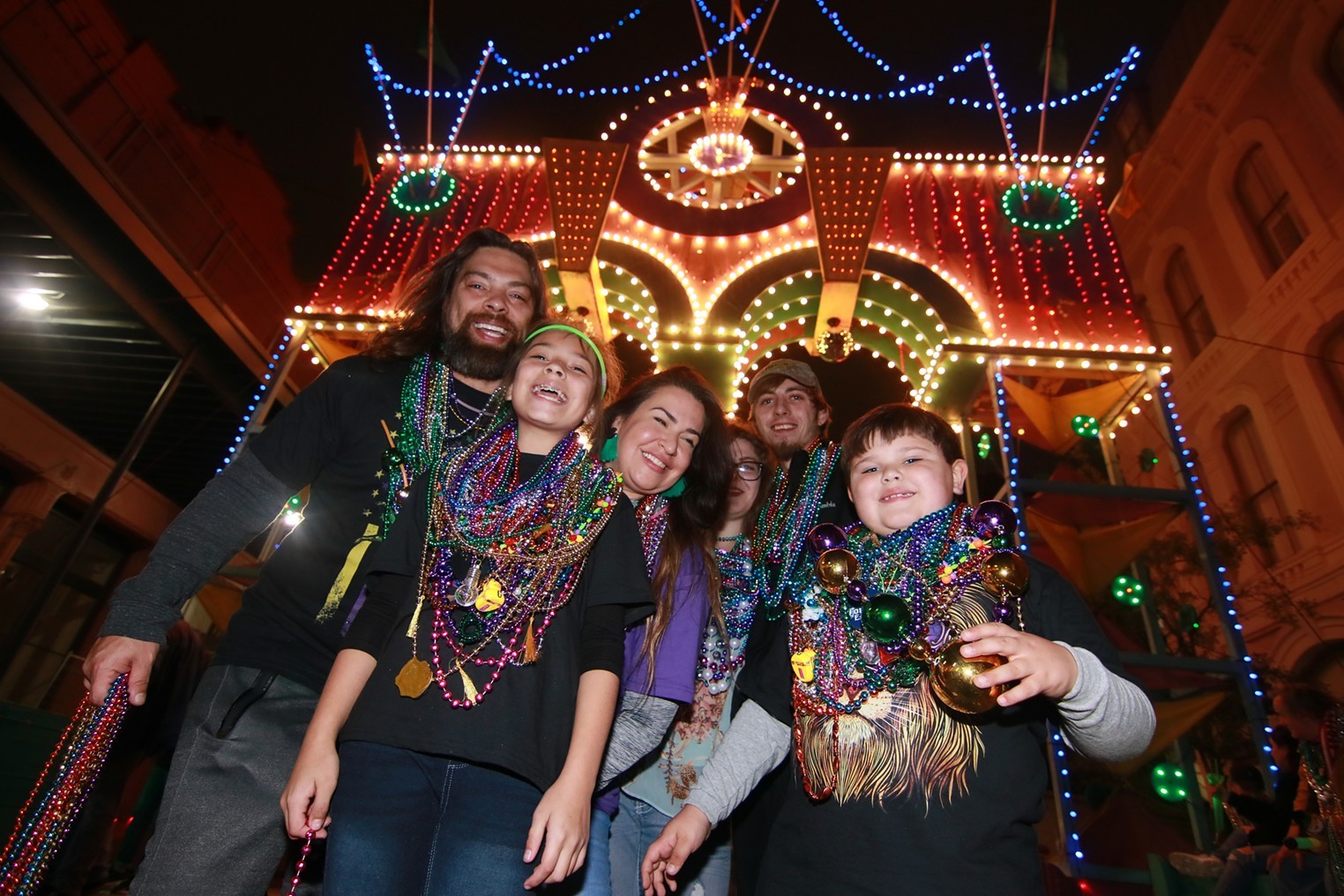 Accompanied by a new special bead recycling program, Galveston’s 111th Mardi Gras celebration is about to return to the Strand District over two weekends from February 18 through March 1 and will feature a concert lineup that includes 3 Doors Down, Matt Stell and Siggno.

In 2021, Galveston’s Mardi Gras was canceled due to COVID-19 the first time it didn’t take place since World War II. Event organizers say Mardi Gras usually generates about $15 million for the local economy. This year, organizers went out of their way to make up for the hiatus and build a better festival.

Event organizers estimate that 3 million beads are handed out during each year’s Mardi Gras. Yaga has launched the bead recycling program designed to cut down on the number of beads just tossed in the trash. The collected beads will then be contributed to a Ball High School’s Life Skills Program which will give students in those classes a chance to build a business.

“We buy 3 million strands of beads and they end up probably around 50 percent in the trash and then some end up in people’s closets in their home towns and they end up in their trash. So we’re looking for a viable opportunity and we were finally able to put one together in which you can donate your beads to the local high school.”

Students will clean, repackage and sell the beads and in the process learn some business skills as well as help fund the expansion of the school program. The program combines students from special needs, business and arts classes to operate the new endeavor.

Twenty two parades are scheduled including the Mystic Krewe of Acquarius and Krewe of Gambrinus on February 19 and the Grand Night Parade led by the Knights of Momus Krewe on February 26. Event organizers

Attendees will be encouraged to wear masks and get vaccinated, Dean said. “Our backstage protocols are a little different” regarding close proximity to the bands, Dean said. There have also put barriers in place to prevent any type of crowd surge such as the one that led to tragedy at the Travis Scott Astroworld festival, he said.

Tickets are on sale at mardigrasgalveston.com for general admission and balcony access. A portion of the proceeds will benefit benefit charitable causes such as The Sunshine Kids, Shriners Hospital for Children, Galveston Education Foundation, Texas A&M Maritime Academy and local firefighters.