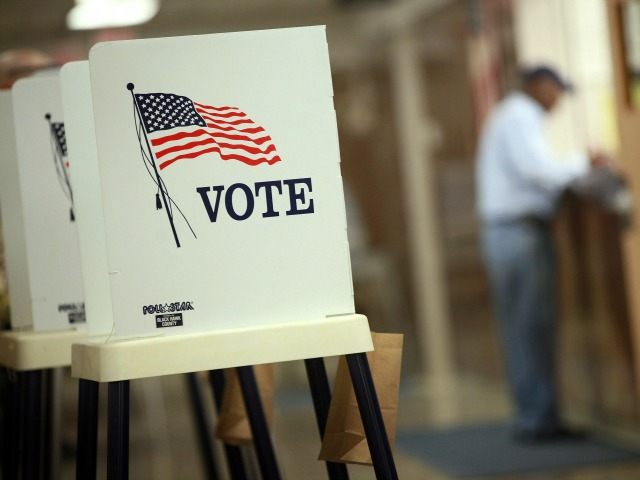 The action taken on behalf of Arizona voters alleged Republicans were ineligible for the November ballot because they participated in the January 6 incident, which the media dubbed an insurrection.

Lawsuits seeking to disqualify the Republicans were based on section three of the Fourteenth Amendment of the U.S. Constitution enacted after the Civil War.

Today’s ruling made by Judge Coury is a win for Arizona’s fifth congressional district and for the integrity of the nation’s electoral system.

The radical Left is going to extreme lengths to prevent Republicans from running in congressional elections.

Judge Coury ruled that primate citizens cannot sue to block candidates from the ballot. That right is left up to congressional authority. Coury noted federal legislation has been proposed to enforce the clause in the Constitution but added it would also permit the U.S. attorney general to take action in federal court:

Congress has not created a private right of action to allow a citizen to enforce the Disqualification Cause by having a person declared to be ‘not qualified’ to hold public office.

The court in Griffin then summarized how the Disqualification Clause was intended to operate: “Taking the [Disqualification Clause] then, in its completeness with this final clause, it seems to put beyond reasonable question the conclusion that the intention of the people of the United States, in adopting the fourteenth amendment, was to create a disability, to be removed in proper cases by a two-thirds vote, and to be made operative in other cases by the legislation of congress in its ordinary course.”

Attorney Jim Barton, who represents the Arizona voters, is expected to appeal the case to the Arizona Supreme Court.

Now, they’re trying to kick MTG off the ballot in her district for doing exactly what they did.

The court case is Thomas Hasen v. Mark Finchem, No cv 2022–004321 in the Maricopa County Superior Court of Arizona.