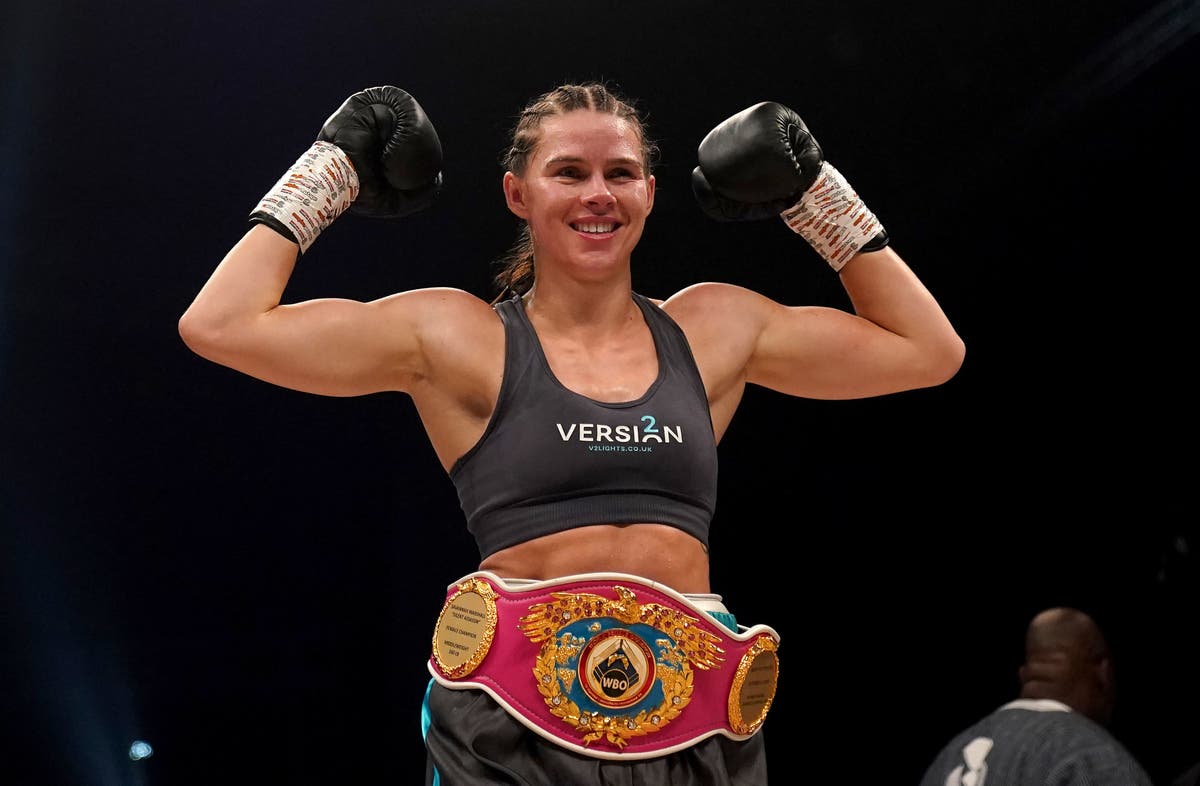 Savannah Marshall puts her WBO middleweight title and undefeated record on the line this Saturday as she takes on Femke Hermans.

The women will go head-to-head in a main-event contest at the Newcastle Arena, as Hartlepool fighter Marshall steps into the ring for the first time since October.

Marshall, 30, stopped Lolita Muzeya in the second round on that occasion to improve her record to 11-0 (9 knockouts). It was a seventh consecutive stoppage win for the Briton. Meanwhile, Hermans (12-3, 5 KOs) last competed in July, when the Belgian finished Lili Jumali in the third round.

Marshall is eyeing a seismic clash with fellow champion Claressa Shields, a contest that hinges in part on this Saturday’s headline bout.

Here’s all you need to know about this weekend’s main event.

The fight will take place on Saturday 2 April at the Utilita Arena in Newcastle.

The fight will air live on Sky Sports in the UK. The broadcaster will also stream the action live on its website and the Sky Go app.

Coverage will begin at 8pm BST, with ring walks for Marshall vs Hermans expected to take place at approximately 10pm BST.