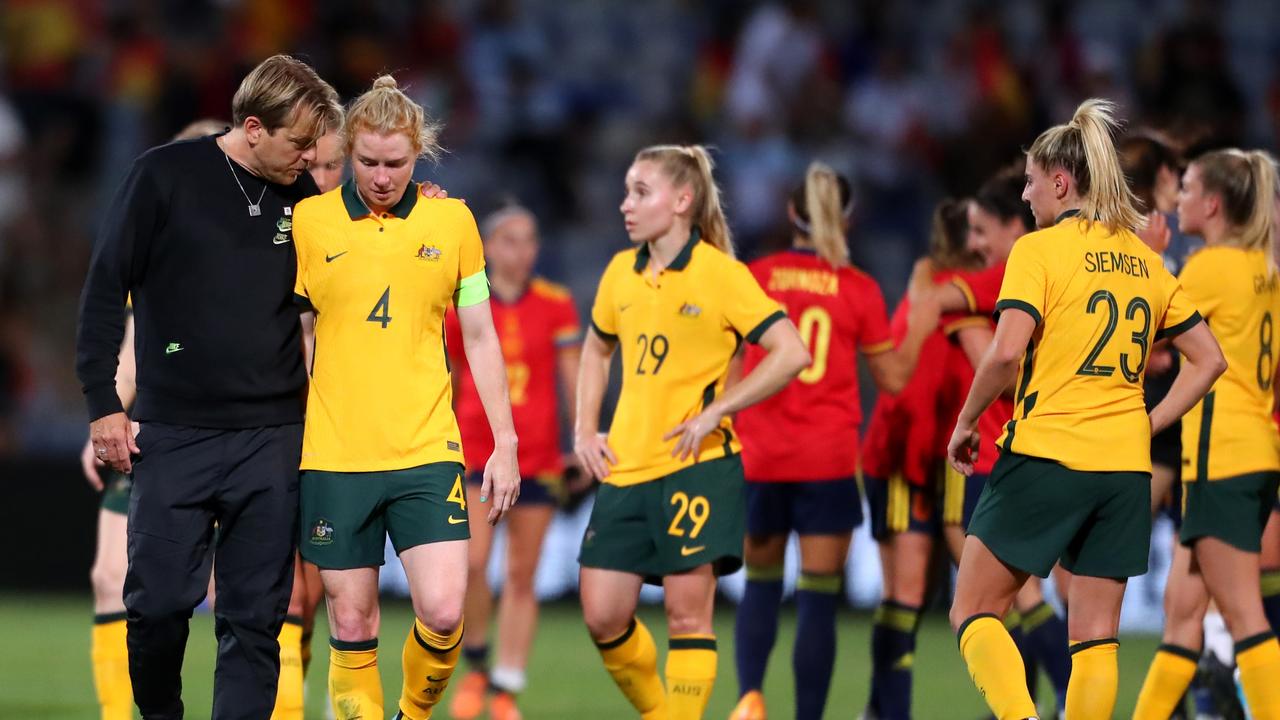 LIVE: After a chastening 7-0 capitulation at the hands of World No. 7 Spain last week, an understrength Matildas team faces another tough European test in Portugal on Wednesday morning (6am AEST).

With every England-based Australian player rested from this camp, Australia’s lack of squad depth was sorely exposed by a Spanish side that is primed and ready for next week’s European championships, and led by the world’s best player in Alexia Putellas

But Matildas coach Tony Gustavsson said the result was little surprise given his youthful side was missing superstars like Sam Kerr and a host of other veterans.

“If you follow the women’s game for a long time now and see where Spain are at and what they have done the last two year’s with this international team and the success they have had,” Gustavsson said.

“You look at their scorelines and what they have done and then look at the team we are bringing. I’m actually surprised that people are surprised (by the outcome).

“Because that is where we are and we need to be okay with that and to see that and identify that and keep investing and believing and wanting to improve.”

‘Why this, why now?’ Matildas ‘melt’ in ‘harrowing’ SEVEN goal capitulation

And Gustavsson revealed he might be forced into some selection changes due to injuries.

“I don’t want to go into details on who is available or not … but we have a couple of question marks for tomorrow’s game,” Gustavsson said.

“I want to get updates from sports medicine and sports scientist teams tomorrow but we might be forced to make a couple of changes in the line-up based on player availability.”