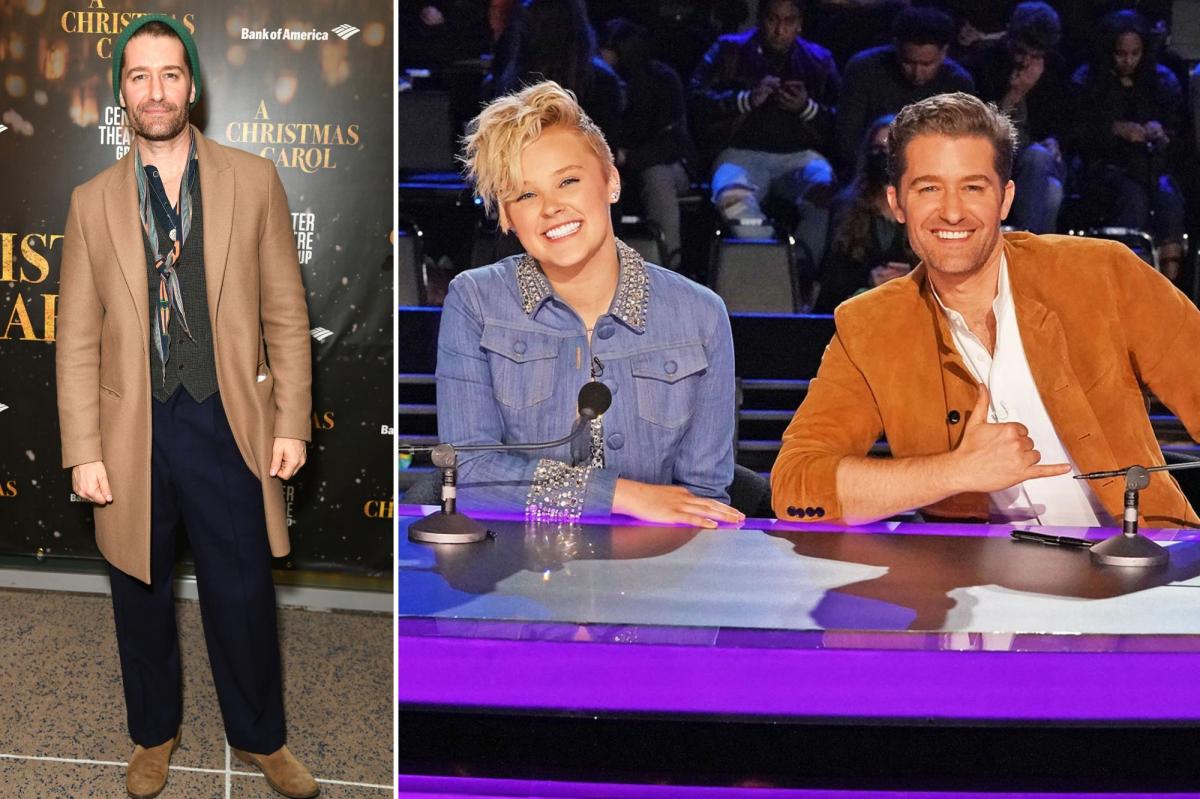 Married actor Matthew Morrison was booted as a judge on “So You Think You Can Dance” after a female competitor complained about him sending her “inappropriate” flirty messages, according to a report.

The former “Glee” star — who has two young kids with wife of seven years, Renee Puente — was fired for what was deemed “an inappropriate relationship with a female contestant,” a source told People.

“They didn’t have sex, but he reached out to her through flirty direct messages on social media,” the source close to the show told the mag.

“She felt uncomfortable with his line of comments and went to producers, who then got Fox involved. He was fired after they did their own investigation.”

The actor and the contestant — who was not identified — “never met up off-set,” People’s source stressed.

“It was just messages that crossed the line.”

Morrison, 43, had only said Friday that he was leaving the show because of a failure to “follow competition production protocols, preventing me from being able to judge the competition fairly.”

“I cannot apologize enough to all involved,” he said, without elaborating at the time.

Reps for Morrison and the show did not immediately respond to requests for comment, People said.

The Tony Award-nominated Broadway star regularly posts loving tributes to his 37-year-old wife as well as their two kids, Revel James Makai, four, and Phoenix Monroe, who turns one next month.

His wife does, too — alongside posts where she opens up about mental illness and other struggles.

Just four days ago — the day after her husband announced his departure from the dance show — she posted about needing “tools to reach for when I’m feeling overwhelmed and like I’m sinking to the bottom of the ocean” and “when the weight of the world feels too heavy.”

“When life seems really morose, and the darkness is thick and heavy, let gratitude for even the smallest things help get you back on your feet,” she wrote — saying, “It’s F^{¥ING [sic] dark out there right now my people.”

However, the post also paid tribute to her husband and kids, calling them “what truly matters.”

“I have a family who loves me and supports me and holds me when I need to be held,” she wrote at the time.