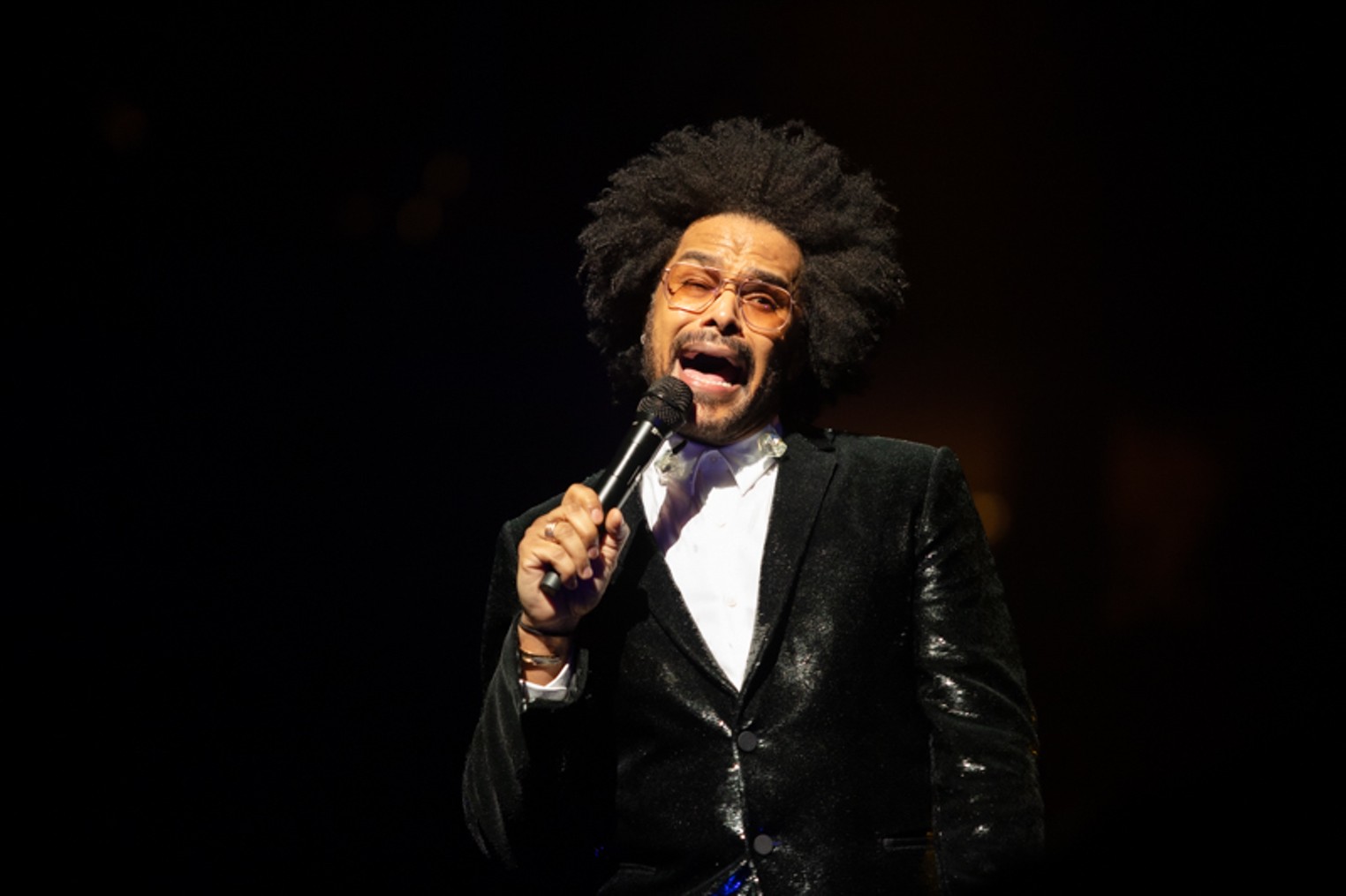 The stage at the Toyota Center was pitch black. Standing, barely visible under a now dim blue light, stood Gerald Maxwell Rivera slowly snapping his fingers. A white spotlight illuminated him to the packed audience as he continued to snap and the band began playing the beginning chords to “Ascension,” the hit single from Maxwell’s 1996 album Maxwell’s Urban Hang Suite.

As the spotlight brightened on the singer, the audience began singing the lyrics to the first verse, with their voices filling the entire Toyota Center.

“I’m just waiting on the Woooo,” he laughed as he danced across the stage Friday night before belting out the first note as the audience rose to their feet in applause.

Maxwell released BLACKsumers’night in 2009, the first of a trilogy which continued with 2016’s blackSUMMERS’night and will be completed this spring with a new album, blacksummers’NIGHT. The collection of album titles is only indistinguishable if written but it shows Maxwell’s cohesive plan to return to music after taking a seven-year break following the release of his 2001 album Now.

During the hiatus he focused on living the pedestrian life to recharge his system, gain focus on what’s important, and live life away from the road. With the release of his debut album, Maxwell’s Urban Hang Suite, and the follow ups, Embrya and Now, the Brooklyn native helped to define a new sound for R&B alongside pivotal acts like Erykah Badu, Anthony Hamilton, Jill Scott and Musiq Soulchild. And while he was missed during his break, he continued to create music.

That music laid the foundation for his current trilogy. The intro album was awarded with a Grammy in 2010 and washed away any doubts that Maxwell had lost a musical step.

The Night Tour is the culmination of over two decades worth of music.

The NIGHT 2022 tour showcases all his musical steps with Maxwell being joined Anthony Hamilton and Joe. The 25-city tour that touched down in Houston Friday offered fans of R&B over two decades worth of music.

In that time period Maxwell has been under the Columbia Record label but the final album in his trilogy marks a change in the singer’s business. With blacksummers’NIGHT, the singer steps away from his longtime record company and inks a deal with BMG under his own Musze label. The tour is also being put on by The Black Promoters Collective, a coalition of six of the nation’s top independent event production companies. The change in business doesn’t take away from the music with Maxwell releasing “Off” last fall as a teaser for the upcoming spring music. He is no stranger to making fans wait, releasing singles in 2018 and 2021 for an album not set to come out until this year, but it’s a wait that his supporters don’t seem to mind because of the quality of music.

Maxwell wasn’t the only one providing quality music Friday night. The Night Tour is almost equally Joe and Anthony Hamilton with the artists splitting time over the three-hour concert. Anthony Hamilton, fresh off his 2021 release Love Is The New Black, ran through hit after hit, keeping the Houston crowd roaring in approval. He ended his set with a stretched-out version of Charlene, breaking into an acapella version of the song before his band played him off with an interpolation of Anderson .Paak’s “Come Home.”

The tour comes as Maxwell prepares to release the closing album of his trilogy.

Meanwhile Joe, the show opener, warmed the audience up as he ran through his catalog. While Maxwell was the reason for the tour, any one of the artists on the bill was more than capable of putting on a headlining performance. This was a fact that was not lost on the audience, many of whom marked the evening as their first time getting out in the city in the last two years.

“This is a powerhouse show. I am a huge Maxwell fan but Anthony Hamilton is a staple. He just makes music that is timeless, and you know when you hear it that the music is going to be around forever,” exclaimed Hazel Smith-Carroll as she and her husband stepped outside during a break between sets. Her husband KC was just happy to be back outside.

“I just like seeing people back out. People look healthy and it feels like the scare is over and people are getting back to what they really need to do. It’s beautiful and I love to see it.”