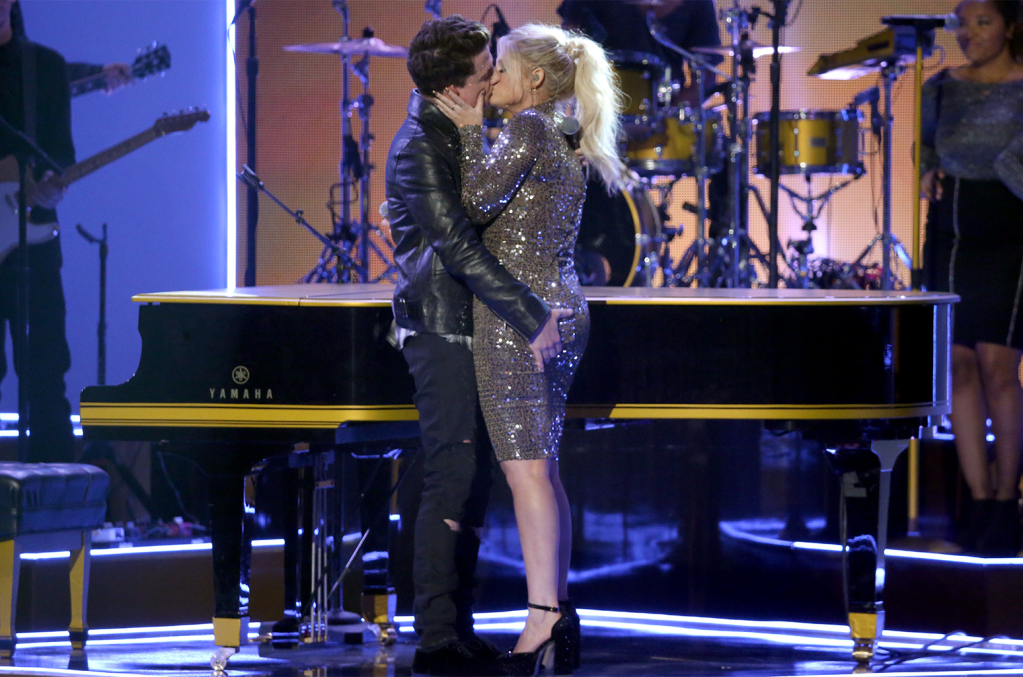 Meghan Trainor jumped on a popular TikTok trend Tuesday to look back at her rather regrettable choice to lock lips with Charlie Puth in 2015.

Using the viral sound “Hal Walker Plays the Banakulas,” the “Bad for Me” singer twerked it out while celebrating some career high points — namely her debut single “All About That Bass” reaching No. 1 on the Billboard Hot 100 and winning the Grammy for best new artist in 2016 — before the fun came to a hilarious halt.

“Making the decision to kiss Charlie Puth on national television in 2015,” the screen reads as Trainor mouths, “Two wads of masking tape tied together with a pink ribbon” and grimaces at the camera. (Trust us, the lip sync makes sense in the context of the challenge.)

The moment Trainor is referencing occurred at the 2015 American Music Awards where she performed her hit single “Like I’m Gonna Lose You” before being joined onstage by Puth for his flirty Nine Track Mind ode to teenage lust “Marvin Gaye.” At the end of the latter, Puth stepped out from behind the piano, Trainor beckoned him closer and the two embraced in a passionate kiss as the audience burst into surprised cheers.

The music video for the track also happens to end with the singers locking lips — but at the time, both stars insisted they were nothing more than friends and collaborators. These days, Trainor is married to husband Daryl Sabara of Spy Kids fame and prepping the release of her fifth album Takin’ It Back on Oct. 21. Coincidentally, Puth’s self-titled LP Charlie is set to arrive two weeks earlier, on Oct. 7.