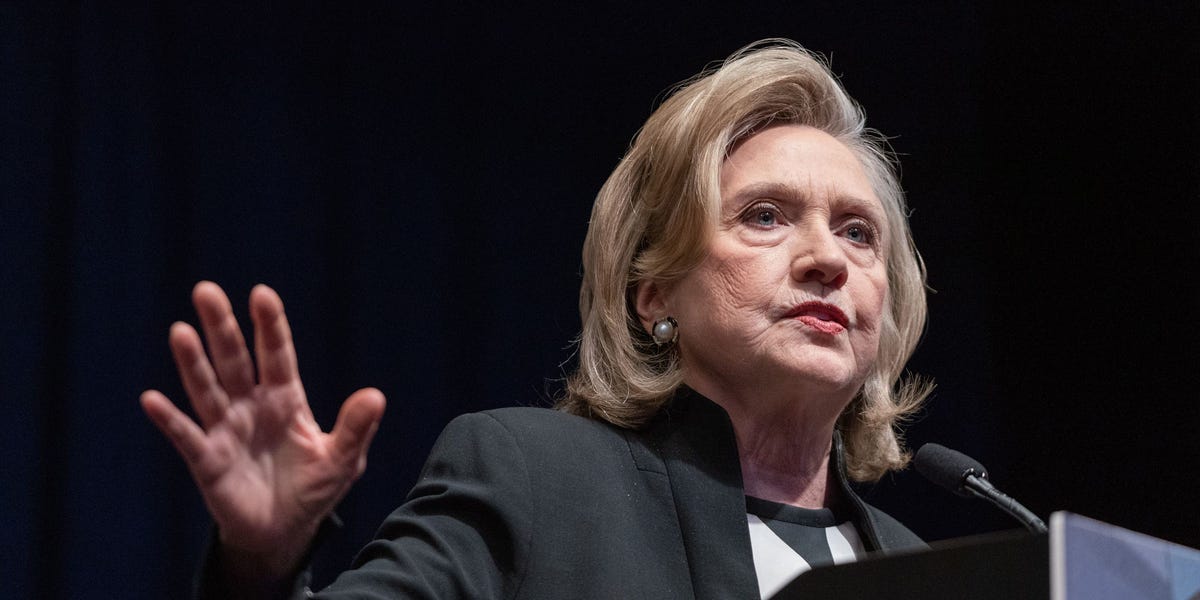 They 50 migrants arrived in two planes, on Tuesday, seemingly at the direction of Florida’s Republican governor, Ron DeSantis — unwittingly becoming pawns in a political game over U.S. immigration policy.

“Some politicians would rather not only have an issue but exacerbate it to the extent of literally human trafficking,” Clinton said while appearing on MSNBC’s Morning Joe.

“I happen to believe still the majority of Americans are good-hearted and generous, and when people end up on their doorstep in need, they’re going to respond. They’ll feed them and house them, and the kids in the AP Spanish class will be let out of high school so they can go and translate.”

Gov. DeSantis took credit for chartering planes to transport the undocumented migrants to the island in Massachusetts on Wednesday in an apparent bid to force authorities in another state to take responsibility for them. The migrants were primarily from Venezuela.

Martha’s Vineyard is an exclusive vacation destination where former President Barack Obama has a holiday home, and Bill and Hillary Clinton often visit.

Other Democratic politicians also condemned the Martha’s Vineyard stunt, with Rep. Alexandria Ocasio-Cortez saying it amounted to “crimes against humanity on refugees.”

Martha’s Vineyard residents appeared to pull together to welcome the migrants by quickly coordinating shelter, meals, and healthcare.

“This is a cruel ruse that manipulates families seeking a better life,” he said, describing them as “fundamentally racist tactics.”