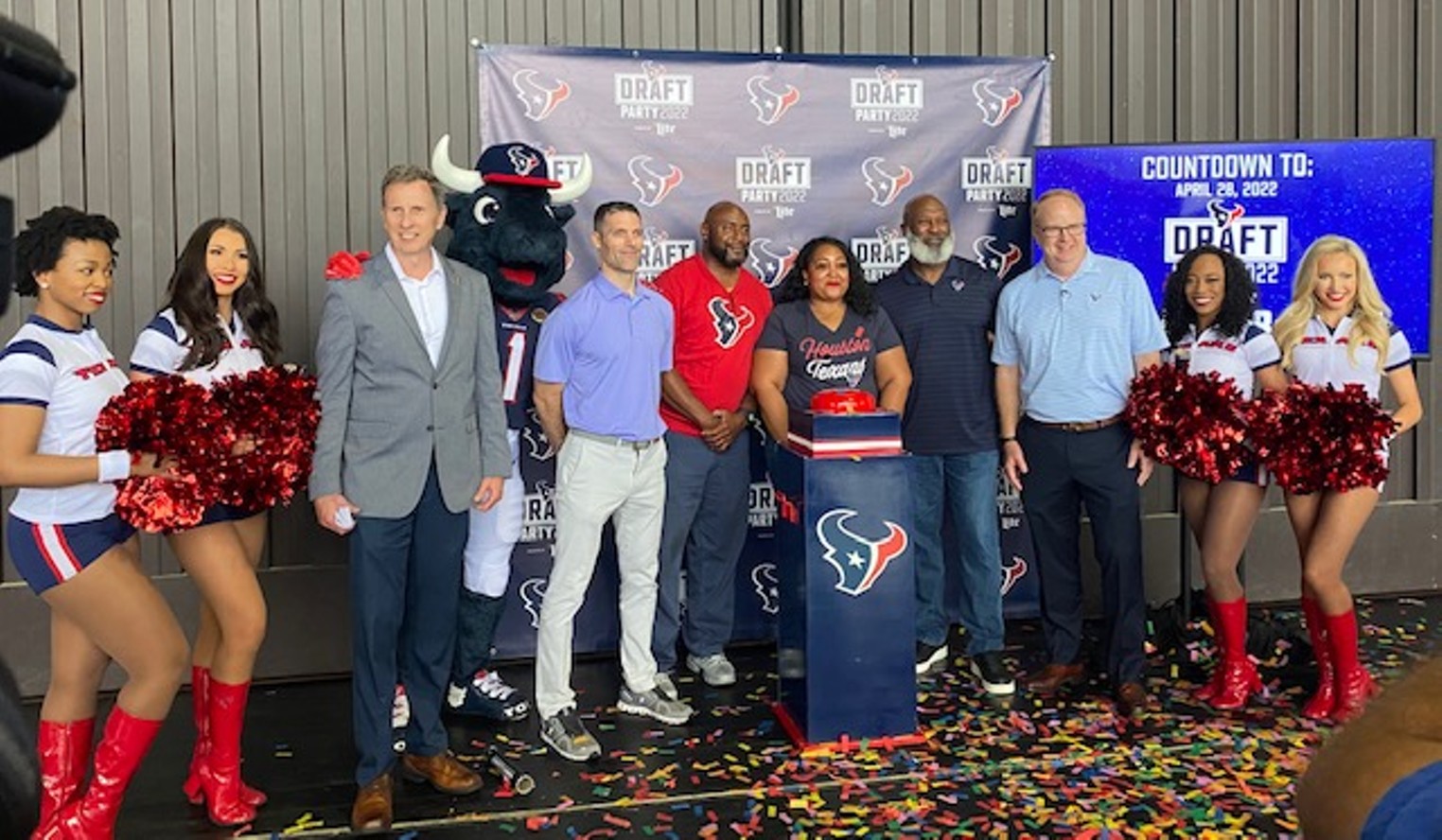 Exactly, how long has it been since the Houston Texans actually had a first round pick in the NFL Draft? The last time the Texans picked in the first round, we were still a year out from the pandemic, and Brian Gaine was the general manager. In fact, including interim coaches and GM’s, the Texans are on their fourth head coach and fourth general manager since that Howard pick.

So as the rebuild ensues, there is reason to party, and party we shall on draft night 2022! The Texans announced Tuesday morning that their 2022 draft party on April 28 will be held, for the first time ever, at Miller Outdoor Theatre in the Museum District of Houston, and presented by Miller Lite.

“We’re so excited to bring the Draft Party back in a new way this year,” Houston Texans President Greg Grissom said. “Miller Outdoor Theatre is an iconic venue that will serve as the destination for Texans fans of all ages on the first night of the Draft as we welcome new Texans to Houston together.”

Here are the things that you need to know about draft night, and in particular, this groundbreaking shindig:

Give me the date, time, and cost of entry, please!
The party on April 28 is for the first night of the three-day NFL Draft, and the draft itself begins at 7 p.m. Miller Outdoor Theatre will open at 3 p.m., as fans will be able to enjoy activities in the Fan Zone. Admission is free, and all fans will have access to the lawn area. There will be limited seating available for Texans season ticket members and corporate partners on a first-come, first-served basis. For an upgraded Draft Party experience, fans can purchase a Red Zone seat with proceeds benefiting the Houston Texans Foundation. Parking is free in and around Hermann Park.

When, exactly, do the Texans pick in this draft’s first round?
Currently, the Texans hold the 3rd and 13th overall picks in the first round of the NFL Draft. The 3rd overall pick is the one they received from finishing 4-13 this past season, and the 13th overall pick was one of the six draft selections the Texans received in the trade with the Cleveland Browns for quarterback Deshaun Watson. Teams are allotted up to ten minutes to decide on their selections, so expect the Texans to make their first pick around 7:30 p.m., and their second selection sometime between 8:30 p.m. and 9 p.m. The Texans currently hold 11 picks in the 2022 NFL Draft, with five picks in the top 80 overall.

What are the activities and agenda items?
The press release from the Texans lists the following as activities and features of the 2022 NFL Draft party:

* Live Zoom calls from Head Coach Lovie Smith and Texans draft picks.
* Special appearances by current Texans players.
* Numerous food and beverage options.
* A live DJ, giveaways, photo opportunities and Draft merchandise.
* A Fan Zone complete with activities for the whole family.
* NFL Network’s coverage of the first round of the 2022 NFL Draft will be shown on the main stage.
* Texans Radio on SportsRadio 610 will broadcast live with commentary and analysis

Fun, fun, all of it, but nothing will be more fun than hearing names of brand new, presumably really good football players announced by Roger Goodell as selections of the Houston Texans.