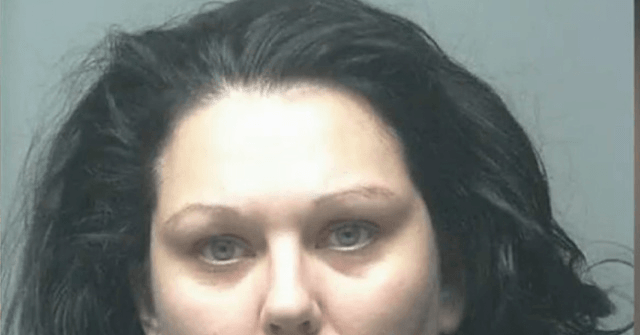 A five-year-old Georgia girl was murdered after her mother allegedly sex-trafficked her to a man who raped her, sodomized her, and strangled her to death, according to a report.

Investigators say Siple reported the child missing on December 13, claiming Kamarie had disappeared from their Columbus home by the time she had woken up, according to WRBL. She also claimed to find the home’s front door open.

After her daughter’s disappearance and death were in the public light, Siple donated Kamarie’s toys to WTVM during the Christmas toy drive and provided the outlet with the interview as the investigation was ongoing.

“I’m Kamarie Holland’s mommy and she wouldn’t want nothing in the world but to donate her toys to another little child that was in need because she was a very helping child,” said Siple, also known as Kristy Hoskins.

“I’m a mommy. I did not have nothing to do with this,” Siple later added. “She was my life. I lived for her daily. She was my only girl. I have 3 boys and her.”

According to WRBL, the Human Trafficking Warrant states that on December 13, Siple “did knowingly subject another person to labor servitude or sexual servitude….she did agree with another person to pay her for having sexual intercourse and sodomy with her minor child.”

Authorities say Siple sex-trafficked Kamarie to Jeremy Williams, 37, who has abused children in the past, WRBL reports. He was arrested on December 13, and after authorities found Kamarie’s body in a vacant apartment in nearby Phenix City, Alabama, he was “charged with Capital Murder of a child less than 14.”

Corey Holland, Kamarie’s father, provided a statement to WRBL on the despicable murder of his daughter:

The amount of pain Kristy has caused by ripping Kamarie out of our lives will never cease. We are glad to see that she has been arrested. We are one step closer to justice for Kamarie. We hope that justice is served. Kristy should receive whatever the maximum penalty she can get… She’s a monster. A real mother protects and would die for her children. Kristy is a monster. My family and I will continue to wrestle with the loss of losing our angel Kamarie. We will ask that you continue to make your news about her and the justice she deserves.

“This has really struck a nerve for all of us because we really care about our kids and our community,” said Assistant Columbus Police Chief Joyce Dent-Fitzpatrick. “The only thing I have to say is, please monitor where your kids are and who they are around.”

Neither Siple nor Williams are eligible for bond, according to WRBL.