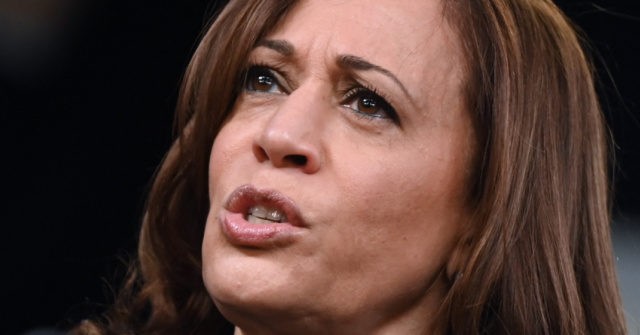 Vice President Kamala Harris said Friday on MSNBC’s “The ReidOut” that there must be consequences for anyone, including elected leaders, involved in the January 6, 2021 riot at the U.S. Capitol.

Anchor Joy Reid said, “Let’s talk about our democracy here because we’re struggling with our democracy. As we all know, there was an insurrection, attempted coup. I don’t think there is another way to describe it that took place last year. And as we get more information about what happened and who was behind it, we’re finding out there were members of Congress who were complicit. There were United States senators. You are the president of the Senate as Vice President of the United States. What do you think should be the consequences for people like Ted Cruz, people like Josh Hawley who are now being named as we learn more about those who were actually putting together the plan to overthrow our election?”

Harris said, “You are absolutely spot on from my perspective that this is about our democracy and attempt to weaken the strength of it but also the legitimacy of it. And there are foreign actors that try and do it, and then we have domestic threats, and that’s part of what we witnessed on January 6. There needs to be, of course, consequence for that. That is occurring in terms of the process that’s about seeking the evidence about what actually happened and who are the bad actors because, of course, yes, they should pay a consequence, and there should be accountability. In terms of elected leaders to the extent they were complicit in a crime, of course, there should be some kind of response to that.”