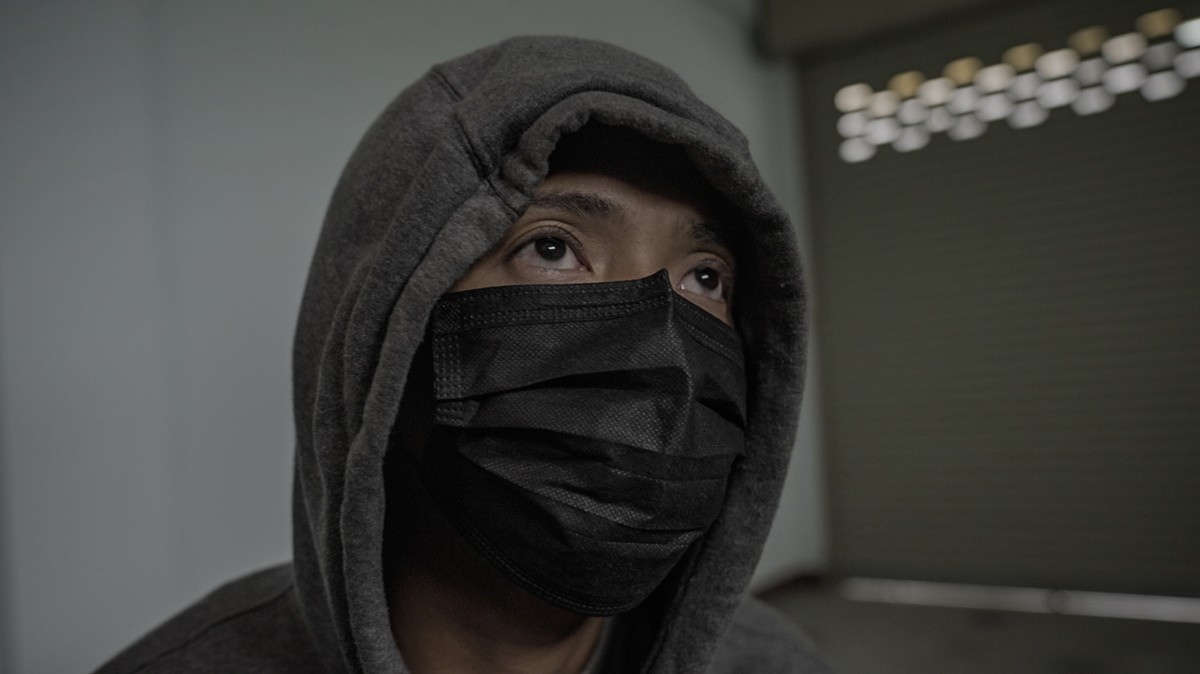 A little over a year ago, Jack was living the life of a typical twenty-something in Yangon. He worked at a cellphone store in Myanmar’s largest city during the day, and went out with friends at night for drinks or to watch the football.

Today, he speaks to his family via video call as he sits on a mattress in a stark room the slight 23-year-old shares with other pro-democracy dissidents and resistance fighters. He hasn’t seen them in nine months.

“Don’t hold it so close. Hold it a little farther from you so I can see your face,” Jack instructs his mother on their call, their conversation reassuringly normal despite the fact that Jack has no idea if or when he might return home. “Don’t rub your eyes,” his mother tells Jack as he lifts his glasses. His little brother calls out in the background that he misses him.

The decision to leave his family was not taken lightly. It’s been a year since his life, and those of 55 million people in Myanmar, changed irrevocably when the country’s military junta rounded up members of the democratically elected government in early morning raids. The Feb. 1 coup d’etat, which toppled popular civilian leader Aung San Suu Kyi, sparked nationwide protests, which were met with a bloody crackdown by junta soldiers.

Jack, who asked to withhold his real name for his safety, was among them.

“Four protesters were killed right before my eyes. Now I can’t get that scene out of my mind,” he told VICE World News sitting in a safehouse in western Thailand. More than 1,500 people have been killed by the junta since the coup, according to the Assistance Association for Political Prisoners.

The brutality and injustice of what Jack witnessed compelled him to act. On one morning last June, he told his family he was stepping out to go to work as normal. With only the clothes on his back, he headed north outside the city to join the armed resistance. He hasn’t returned home since.

His transformation, from urbanite to pro-democracy guerrilla fighter, is striking but not uncommon. Last May, the National Unity Government—formed by politicians ousted in the coup, calling themselves the country’s legitimate government—announced the formation of a People’s Defense Force (PDF) to resist the junta. By July, the newly-formed army numbered some 8,000 fighters, many of whom were ex-civilians, as PDF groups sprung up around the country. The number of recruits today is hard to verify, but some estimates place them as high as 20,000.

“Being a soldier is a tough choice, but young people are ready to defend the communities,” Myanmar democracy and human rights activist Thinzar Shunlei Yi told VICE World News from Thailand, where she has had to flee for her safety. “They have to of course sacrifice their own daily life, their own ordinary life.”

Jack would joined a group of fighters offered sanctuary and training in areas of eastern Myanmar controlled by ethnic armed group the Karen National Liberation Army, itself engaged in a decades-old fight against the military. Fighting junta soldiers in remote areas, Jack’s life at home in bustling Yangon now seemed a world away—the city boy toughened up by the jungle.

“When I became a soldier, I had to make things happen by myself. Now I know how to cut bamboo, how to build a hut, how to live in the woods,” he said.

Fighting has worsened in eastern Myanmar in recent months, with junta airstrikes pummeling the region. Jack’s unit was forced to flee to the safehouse over the border in Thailand, where he now speaks to his family from. One year since the coup overturned their lives, the young men keep one another strong, physically and emotionally, as they wait for a chance to head back into Myanmar.

But they face a powerful, well–funded and brutal opponent in Myanmar’s military. Ko Aung, a musician and fruit salesman in his mid-30s, now the leader and oldest member of Jack’s PDF unit, told VICE World News about the “inhumane” opponent his band of new recruits is up against.

The ruthless tactics deployed by the military against Myanmar’s many minorities over the decades is well-documented, as they’ve attempted to suppress campaigns for rights and autonomy waged by ethnic armed groups across the country. Most public has been the assault on the Rohingya ethnic minority in western Myanmar, which ramped up in 2017 and has seen more than 1 million people flee to Bangladesh. Labelled a genocide by the international community, Aung San Suu Kyi and her National League for Democracy government were accused of being complicit in these acts before they were deposed.

But since the coup, military violence has moved from the country’s fringes and towards protestors and pro-democracy groups in once-peaceful major cities like Yangon and Mandalay. Urban youth, previously untouched by military violence, are now also targets.

“We have never experienced such kind of brutality from the military, as well as a strong resistance from the people,” said rights activist Thinzar Shunlei Yi. “They try to make sure the whole country submit to them. But we still refuse to allow them to be our ruler.”

Violence continues unabated away from urban centers in ethnic minority areas too. Indiscriminate airstrikes, like the ones that forced Jack and his brigade to flee to Thailand, have ramped up, displacing 90% of civilians in some parts of eastern Myanmar. A number of atrocities have also been committed in recent months, including a Christmas Eve massacre that saw at least 35 people killed by government troops. The military claimed to have been attacked by PDF fighters, but women and children were found to be among the dead, and international non-profit Save the Children said two of their aid workers were killed.

“Many of them are the same age as my nephew and niece. Sometimes, when I look at these kids, I think to myself, it should be the time to study and play games and comfortably at home.”

PDF forces have enjoyed some success in their guerilla warfare, inflicting sizeable casualties on junta soldiers following some clashes. An estimated 2,000 soldiers have also defected from the military since the coup, but this remains a drop in the ocean in Myanmar’s 350,000-strong army.

The scale of the task facing bands of young and inexperienced volunteer fighters like Jack, looking to topple a brutal and seemingly immovable military that has held an iron grip on Myanmar politics since 1962, is not lost on Ko Aung.

“Many of them are the same age as my nephew and niece,” he said. “Sometimes, when I look at these kids, I think to myself, it should be the time to study and play games and comfortably at home.”

But even if they wanted to resume their normal lives, there’s no turning back at this point for those who have volunteered to fight the junta, unable to return home without putting themselves and their families at risk. Sitting in Thailand, homesickness sets in, but the wider mission is never far from their mind.