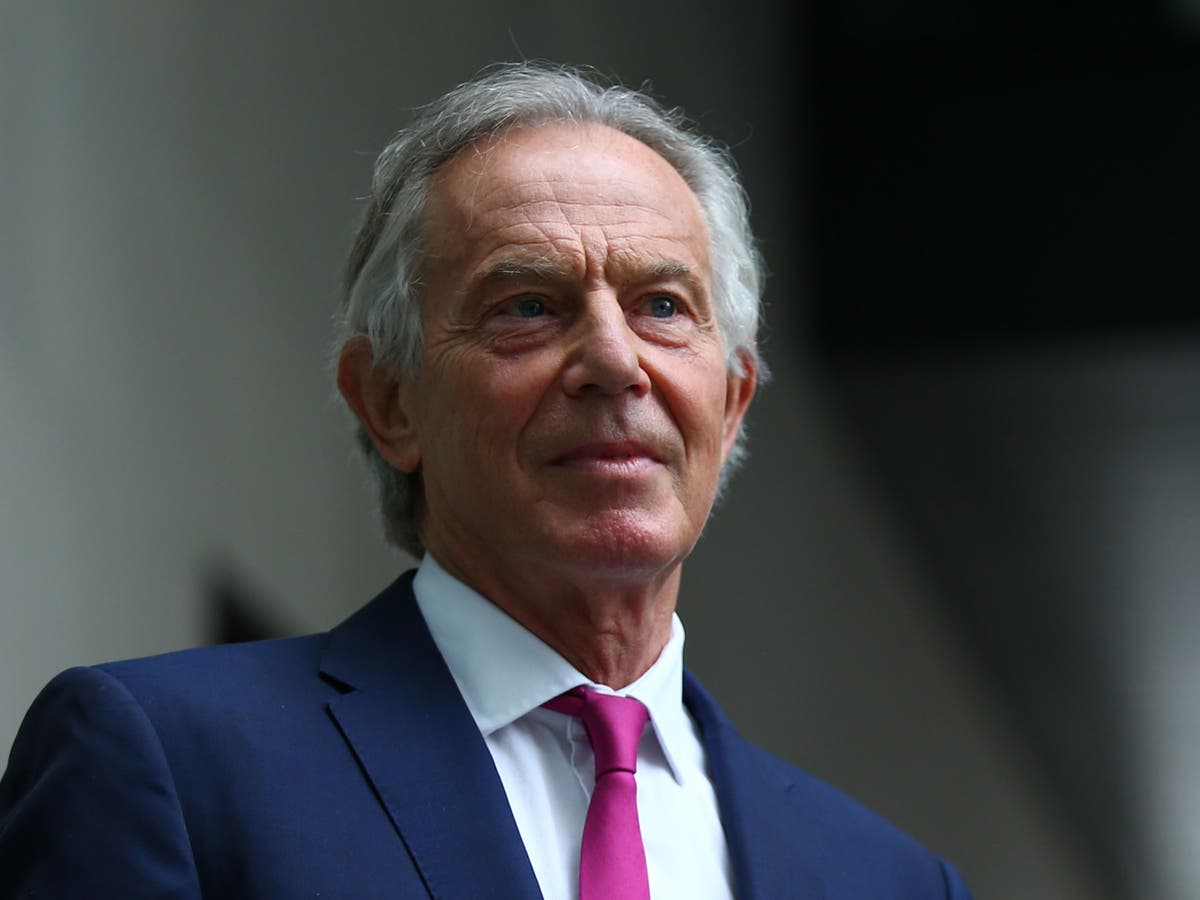 Some of the UK’s top scientists have been recognised for their contribution to the Covid effort in the new year honours list, as Buckingham Palace has announced former prime minister Tony Blair will be knighted.

Sir Tony, who held the keys to Number 10 between 1997 and 2007, is appointed a Knight Companion of the Most Noble Order of the Garter, the oldest and most senior British Order of Chivalry.

The appointment, which is made by the Queen, has regularly been bestowed upon past prime ministers, with Sir John Major, Sir Tony’s predecessor, the last to receive the honour.

About one in five of the awards this year have gone to someone for their work battling the coronavirus pandemic.

Professor Chris Whitty, the chief medical officer for England, and his Scottish and Welsh counterparts, Gregor Smith and Frank Atherton, have been recognised with knighthoods. Northern Ireland’s chief medical officer, Sir Michael McBride, was knighted in the Queen’s Birthday Honours in the summer.

One well-known name related to the vaccine rollout, Sarah Gilbert, who was one of the creators of the Oxford AstraZeneca vaccine, is not on the list as she was recognised with a damehood in the Queen’s Birthday Honours earlier this year.

Cabinet Office officials admitted early leaks of honours recipients had been “very disappointing” after news of Professor Whitty’s award was made public earlier in the week, and said they would continue to clamp down on how information is circulated ahead of official embargoes.

The new year honours list follows a year of sporting success for British athletes, which saw Team GB pick up 22 golds at the Tokyo Olympics, and more accolades at the summer’s Paralympics and in tennis.

Laura and Jason Kenny, who have 12 golds and three silvers between them, receive a damehood and knighthood for services to cycling, having received CBEs in 2017.

Emma Raducanu, who achieved a historic victory at the US Open tennis tournament in September, was awarded the BBC’s Sports Personality of the Year Award in December. She receives an MBE.

Alongside household names from sport, entertainment and politics were those working in the charity sector.

Gary Bennett, from the Show Racism the Red Card charity and who receives an MBE, said big tech companies “need to be accountable” for racist diatribes posted on their platforms.

“They can stop, I think, things which are being put on social media regarding players,” he said.

Mr Bennett, who was Sunderland FC’s first black captain, added that he thought “small steps” had been made in tackling racism in football since his early playing days in the 1980s. He praised Marcus Rashford and Raheem Sterling for their efforts in highlighting social media abuse.

Also named were hundreds of ordinary people who have undertaken outstanding work in their communities, often in a voluntary capacity. This group accounts for nearly two-thirds of the honours list.

Elsewhere, there are damehoods for the actresses Joanna Lumley and Vanessa Redgrave for their services to drama, entertainment and charity, while veteran soap stars June Brown, who plays Dot Cotton in EastEnders, and William Roache, best known for playing Ken Barlow in Coronation Street, receive OBEs.

There are also knighthoods for Tory MPs William Wiggin and Robert Goodwill, and recognition for former Labour MPs Sylvia Heal and John Battle.

Lauren Price, the Welsh boxer who won gold at middleweight in Tokyo 2020, said her late grandfather “would have been the proudest man in the valleys” at the news of her MBE.

“He always supported me,” said the former kickboxer and footballer, who was raised by her grandparents and still lives with her grandmother Linda.

Of the 1,278 people who receive an award, just under half are women (47.9 per cent), 15.1 per cent of the successful candidates come from an ethnic minority background and 3.5 per cent are LGBT+.

Two Companions of Honour – the highest acknowledgement – are awarded to veteran politician Lord (Frank) Field of Birkenhead for his lifetime of public service and Nobel Prize-winning geneticist Sir Paul Nurse for his outstanding contribution to scientific research and understanding.

Lord Field served as an MP from 1979 to 2019 and served as a minister in Tony Blair’s government before resigning, when he took up a position as a vocal critic of the administration from the backbenches.

Sir Paul was awarded the prize in 2001 in Physiology or Medicine for his part in the discovery of protein molecules that control the duplication of cells in the cell cycle.

Commenting on the awards, Boris Johnson said: “These recipients have inspired and entertained us and given so much to their communities in the UK or in many cases around the world.

“The honours are an opportunity for us to thank them, as a country, for their dedication and outstanding contribution.”

Sir Hugh Robertson, chair of the Sport Honours Committee and chair of the British Olympic Association, said: “The Tokyo 2020 Olympic and Paralympic Games were the most testing ever for everyone involved but most particularly the athletes.

“They lit up the British summer with a series of outstanding performances and fully deserve the recognition that they have received in this year’s list. They, genuinely, did the country proud.”