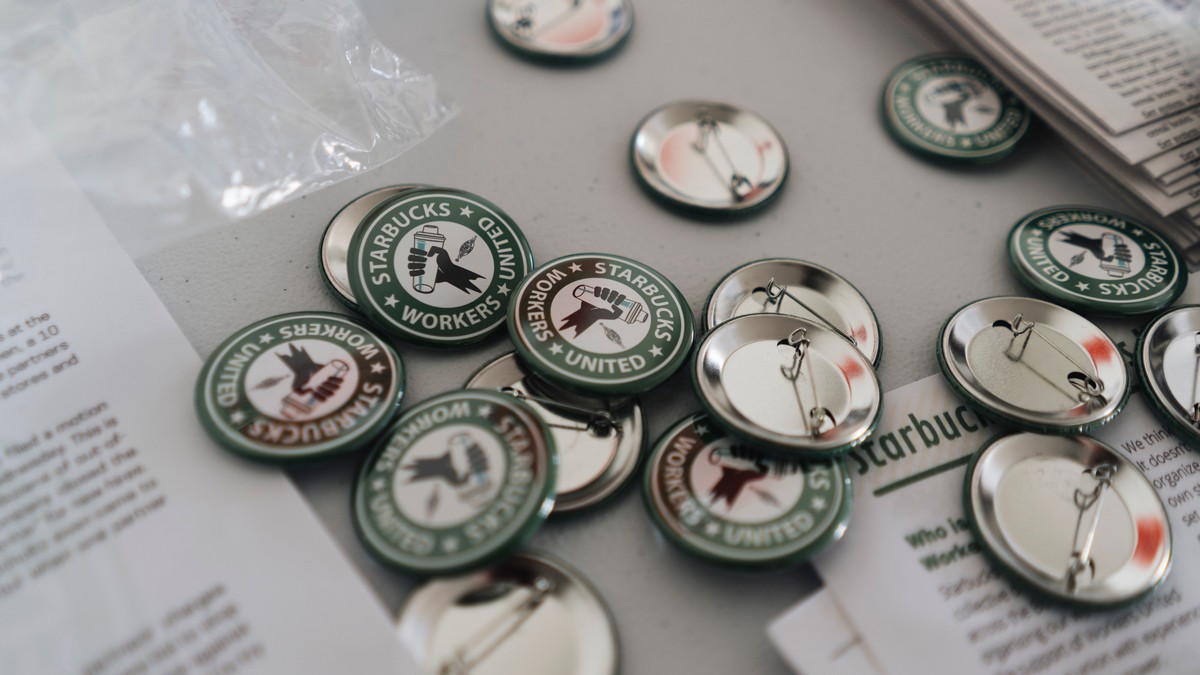 Photo by Libby March for The Washington Post via Getty Images

Starbucks baristas at the coffee giant’s first unionized cafe in the country walked off the job on Wednesday to demand greater COVID-19 protections.

Late Wednesday, the Starbucks workers sent a letter to their district manager stating their demands.

“We, the undersigned partners at Elmwood Starbucks, are on strike due to concerns over Covid safety protocols,” the letter, obtained by Motherboard, states. “We believe that Starbucks should close our store and pay our partners until we can re-open safely and fully staffed, with those who have been exposed having the opportunity to isolate and stop the spread.”

The strike comes about a barista tested positive for COVID-19 at the newly unionized location—and roughly 10 others who were exposed went into isolation, leaving the store severely understaffed, workers say.

“We are on strike until we believe it is safe to return to work,” the workers continued. They have not yet determined an end date for the strike.

The action marks the first action emboldened workers have undertaken at the store since they voted 19-to-8 in favor of unionizing on December 9. The National Labor Relations Act (NLRA) protects workers from retaliation for engaging in concerted activity to improve their conditions.

“There are typically eight to 10 [workers] in the morning and we have had around five lately on a regular basis,” Kellen Montanye, a barista at the store said. “We have also been closing early with minimal staffing and staying late to ensure closing is done properly. Typically it takes 30-45 minutes to close…we have had to stay nearly two hours or more to close with limited staff.”

The workers go on to request that Starbucks close bathrooms to the public, remove lobby furniture, and allow workers to refuse service to customers who refuse to wear masks. On Monday, Starbucks announced that it was transitioning all Buffalo area stores to take out amid a spike in COVID-19 cases in the region, but kept bathrooms open and left furniture in place in its Elmwood locations.

Starbucks does not allow workers to refuse service to customers who don’t wear masks without offering them a series of alternatives such as delivering drinks directly to a customer’s car, through the drive-thru, or having them wait outside. “[Denying a customer service for not wearing a mask] is not a reflection of our mission and values,” Reggie Borges, a spokesperson for Starbucks, told Motherboard.

“They told us we’re not allowed to enforce the mask mandate and we could be written up for doing so,” said Jaz Brizack, a barista at the unionized location. “But the biggest thing we’re worried about is exposure from each other.”

The strike arrives nearly a month after workers at the location voted overwhelmingly to unionize with Starbucks Workers United, becoming the first of Starbucks’ 9,000 corporate-owned stores in the United States to do so. The union’s victory is already having reverberating effects across the country in an industry that has long evaded unionization. In recent weeks, increasingly militant Starbucks baristas in Boston, Chicago, Arizona, and Tennessee have filed for union elections.

Borges, the spokesperson for Starbucks, told Motherboard, that Starbucks was strictly adhering to CDC guidelines.

“Throughout the pandemic we have met and exceeded all CDC and expert guidelines for safety, and we’ve supported partners with vaccine pay, sick days and isolation-pay,” Borges said. “Over and above that, all leaders are empowered to make whatever changes make sense for their neighborhood which includes shortening store hours or moving to 100% take-out only, which is the case in Buffalo.”