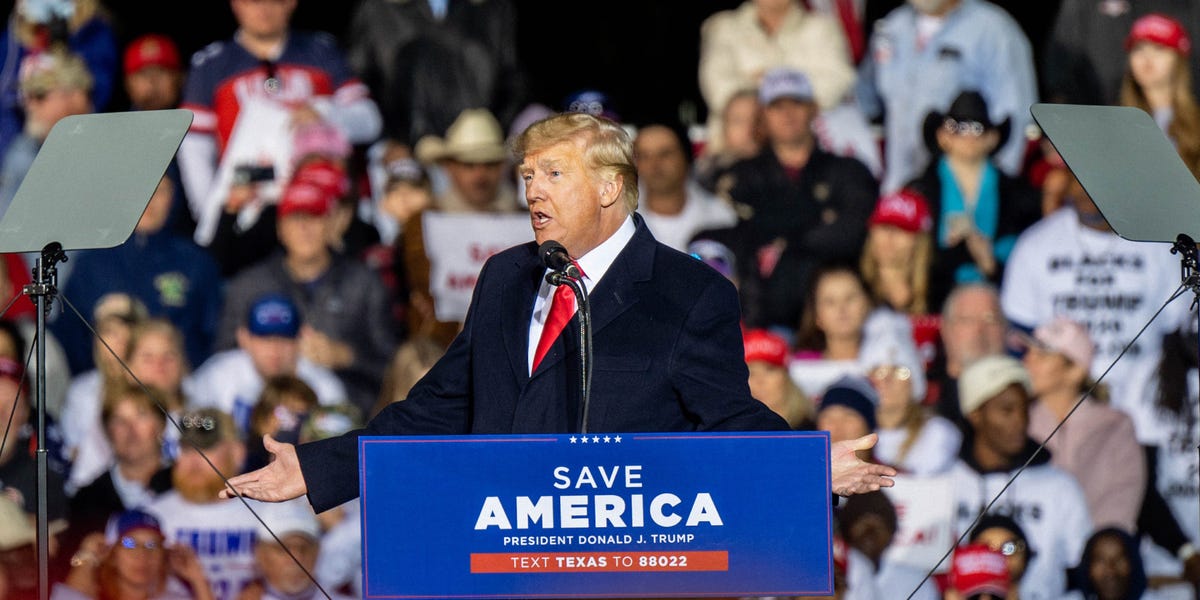 Viewership numbers for the right-wing cable channel Newsmax soar when they air former President Donald Trump’s rallies — possibly because no other network is showing them.

CNN’s Brian Stelter said in a segment of “Reliable Sources” on Sunday that Newsmax’s ratings skyrocket on nights the former president speaks.

“On a normal Saturday night, Newsmax might have 50,000 viewers, but when Trump held a rally two weeks ago, more than 1.5 million found the channel, beating Fox, because Fox ignored the rally,” Stelter said.

Newsmax did not immediately respond to Insider’s request for comment.

Most networks, including Fox News, do not air Trump’s campaign-style events. Trump has held two “Save America” rallies this month, one in Arizona and one in Texas on Saturday.

Trump has used the rallies to criticize President Joe Biden, push false claims about the 2020 election, and hint at a potential run in 2024. On Saturday, he also floated the idea of issuing pardons to Capitol riot defendants if he decides to run and is reelected in 2024.