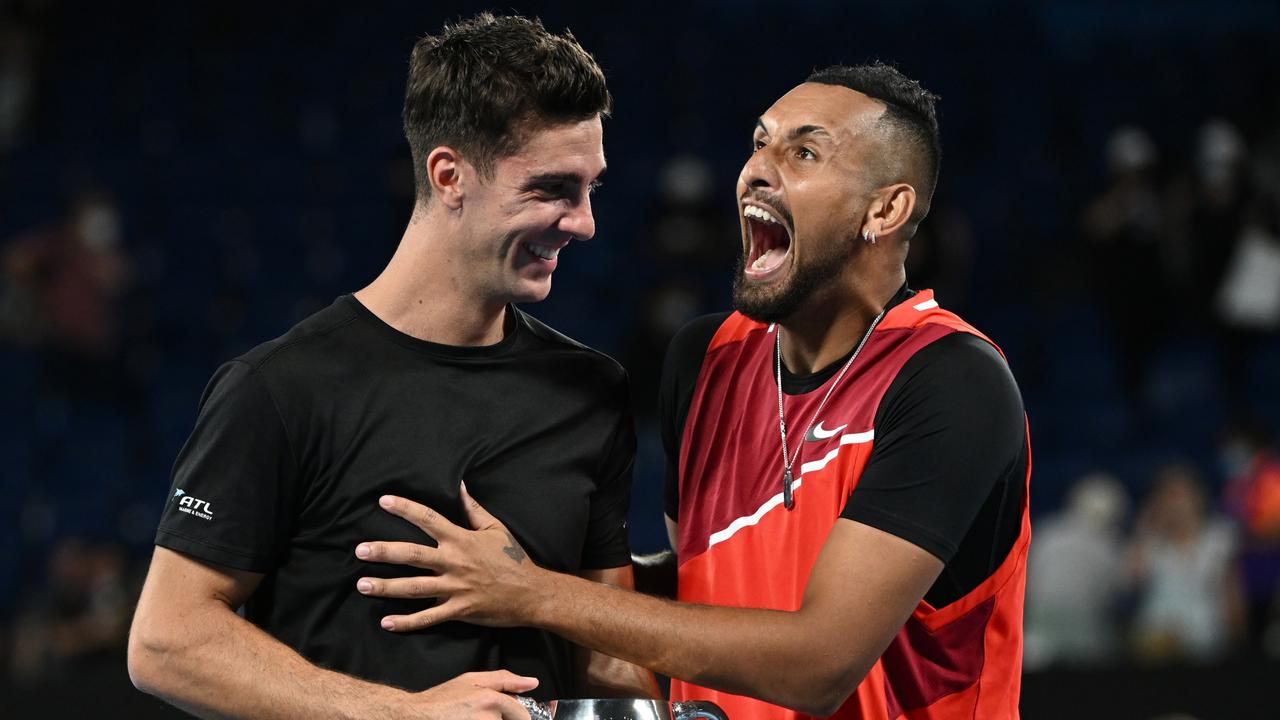 Nick Kyrgios and Thanasi Kokkinakis won a grand slam. Of course the press conference was nuts.

The pair were loose in their on-court interview after winning the Australian Open men’s doubles title, with Kyrgios proclaiming “ladies, let’s go!” in regards to his partner, and that mood continued into the press room.

Kokkinakis had to be told to get off his phone before it started, as he was busy sending off a tweet proclaiming that he wouldn’t be sleeping for three days.

Here’s the other fun stuff that went down…

Q: So the last pair to win a junior slam and then go on and win a senior slam was the Bryan Brothers, who went on to win 16.

Kokkinakis: That’s not going to be us.

WHY DOES NICK TOUCH THANASI’S BUTT SO MUCH?

Q: Does Nick touch your butt as much when you’re not on court together?

Kokkinakis: Yes. More. Probably more. It’s not for the cameras.

Kokkinakis: It’s just how we bring that camaraderie out.

Kokkinakis: Do you like it, Ben? You do, don’t you?

Kokkinakis: I mean, we’re not going to turn ATP Finals down.

Kyrgios: All I’m saying is the ATP are pumped if we’re there, bro.

Kokkinakis: We didn’t expect to make ATP Finals especially after playing one tournament for the year together. It’s pretty f***ing crazy, really.

Yeah, we’ll rock up for sure. See what happens. I think everyone is going to want to beat us, but that’s fine. I don’t think anything changes.

WILL THEY RE-UNITE AT THE OTHER SLAMS?

Kokkinakis: There you go. I’ll just try and find someone else. That’s fine. Didn’t even enjoy it, anyway.

Just wants to rock up for the ATP Finals end of the year, I reckon. That’s all right.