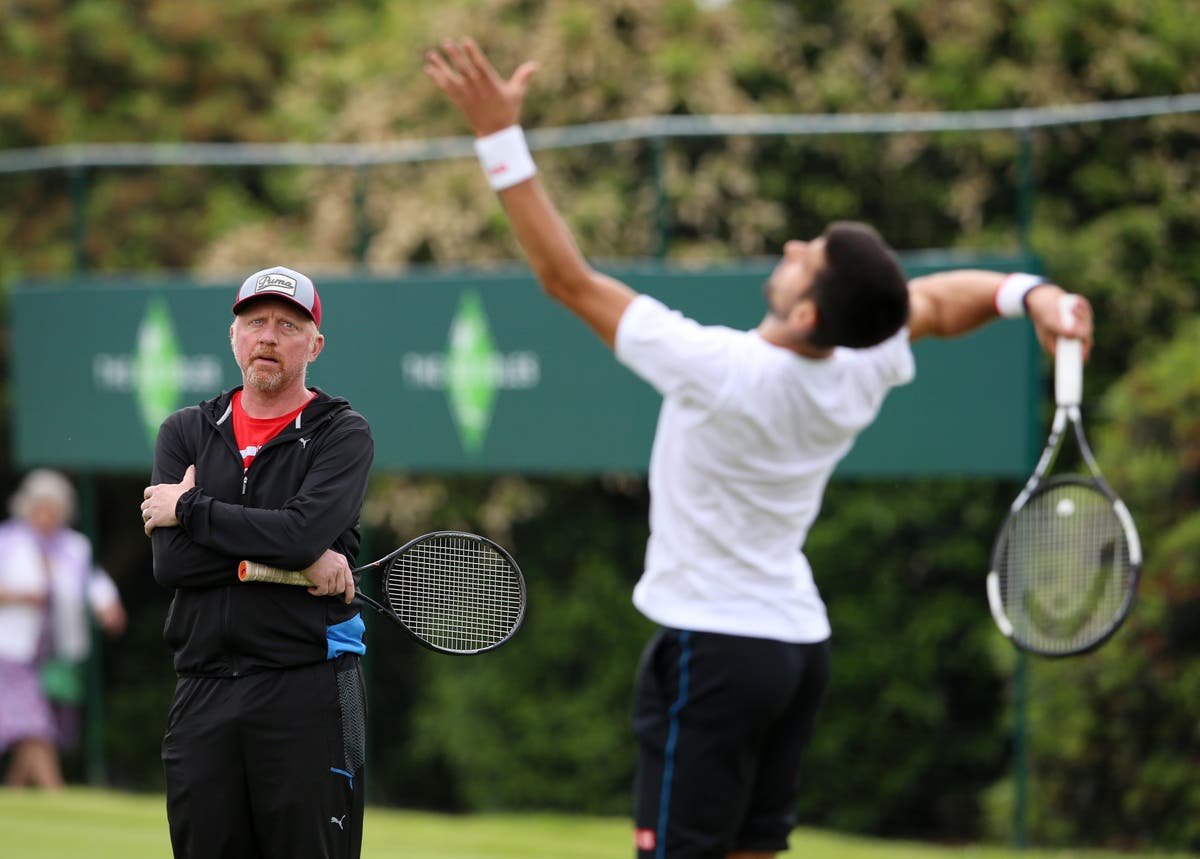 Novak Djokovic is making a “big mistake” if he is not getting vaccinated against Covid-19, according to the world number one’s former coach Boris Becker

The Serbian is awaiting the outcome of an appeal against the decision by the Australian Border Force (ABF) to cancel the reigning Australian Open champion’s entry visa and deport him, with an appeal set for Monday.

Djokovic has spoken in the past about his opposition to vaccination, and posted on social media before setting off for the Australian Open to say he had received “exemption permission” to enter the country.

The 54-year-old maintains a close relationship with the Serbian, but feels their views on how to best protect against coronavirus are very different.

“On this occasion I think he is making a big mistake in not getting vaccinated. It is one that threatens what remains of his career and his chance to cement himself as the greatest player of all time,” Becker said in a column for the Daily Mail.

“Four times I sat in his box as he won the Australian Open, so I am fully aware of his great strengths as an incredible competitor. I also think he has a great character that can easily be misunderstood.

“Yet these strengths can also be weaknesses. The same incredible determination which I saw win so many close matches can be a vulnerability with his stubbornness.”

Becker feels if Djokovic does maintain his vaccine hesitancy, it could present more hurdles to his playing career.

“He is incredibly strong-willed, with very firm beliefs. If he does not, then in 10 years he will look back on it and realise he made a mistake,” Becker said.

“It is not just about Australia. The fact is that we are living in a different world and he is going to find it very hard to live the life of a professional tennis player travelling around without the vaccination.

“Those are the rules, whether one likes them or not, and you have to accept it. Maybe one day we will get back to a more normal situation, but at 34 he does not have much time left to pursue his goals.

“As someone fond of him, I know he will be suffering. He will be shocked at the treatment he is getting, in a bleak room with his meals shoved under the door.

“It will be all the more disconcerting because he loves playing in Australia and perhaps no stadium more than the Rod Laver Arena.”