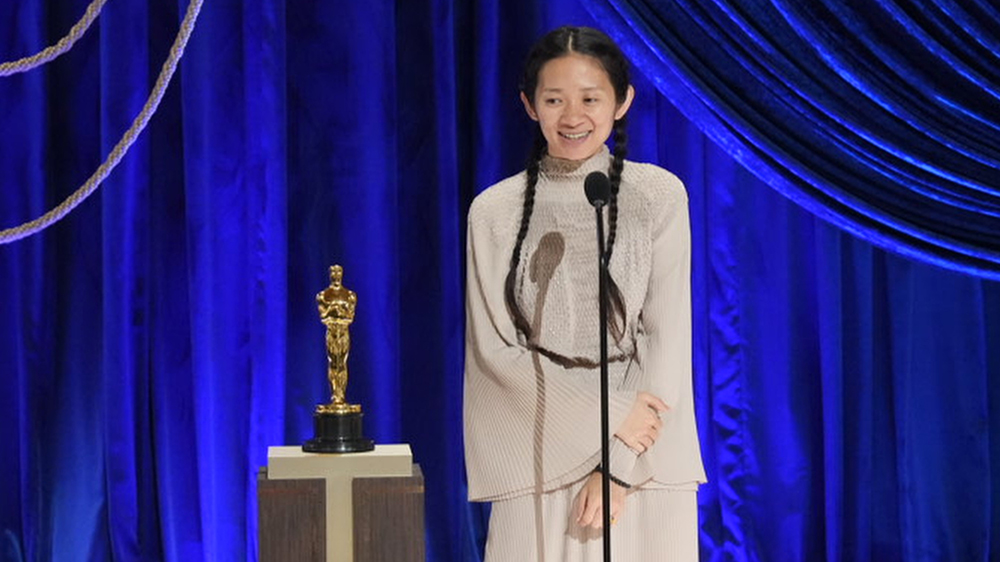 Hollywood made history in 2020, fielding a record number of films from female directors.

The research is the product of a report entitled the Celluloid Ceiling, which is produced annually by the Center for the Study of Women in Television and Film at San Diego State University. It comes as female filmmakers like Jane Campion (“The Power of the Dog”) and Maggie Gyllenhaal (“The Lost Daughter”) have achieved notable critical successes this year and are seen as awards contenders. It also is being released after several female filmmakers like Chloé Zhao (“Eternals”) and Nia DaCosta (“Candyman”) directed movies that topped box office charts when they were released. But researchers say those achievements remain the exception to the rule.

“Appearances can be deceiving,” Martha Lauzen, executive director of the Center for the Study of Women in Television and Film and the report’s author, said. “While Chloé Zhao won the Oscar last year for directing ‘Nomadland,’ and Jane Campion is a front-runner in this year’s race for ‘The Power of the Dog,’ the percentage of women directing films actually declined in 2021. Basing our perceptions of how women are faring on the well-deserved fortunes of just a few high-profile women can lead us to inaccurate conclusions about the state of women’s employment. Once again this year, more than 80% of films do not have a woman at the helm.”

There were some modest improvements in other areas. Women filled 25% of key behind-the-scenes roles such as directors, writers, executive producers, producers, editors, and cinematographers on the top 250 grossing films in 2021. That was an increase from 23% in 2020.

When you drill down into each individual role, there were other signs of progress. Women accounted for 26% of executive producers on the top grossing movies, which was up from 21% in 2020, and 32% of producers, an increase from 30% in 2020. Seventeen percent of writers on the most popular films were women, which was the same percentage as 2020. The same held true for female editors (flat at 22%) and cinematographers (flat with 6%).

Of course, the study does not fully capture the current landscape for movies. Campion and Gyllenhaal, for instance, made their movies for Netflix, which gave them only a limited theatrical run and which doesn’t release box office data. That means they don’t appear on the list of highest grossing movies. The same holds true for other prominent female directors like Rebecca Hall (“Passing”) or Halle Berry (“Bruised”), who had their projects debut on Netflix.

The study does attempt to more fully capture how people are watching movies at a time when many moviegoers are reticent to return to theaters as COVID surges. To that end, the study also tracked women’s employment on films included on the Digital Entertainment Group’s Top 20 Watched at Home list from January through December. That list includes U.S. digital sales, digital rentals, DVD and Blu-ray, but it does not paint a complete picture because it fails to include premium VOD, meaning films that are made available to rent while they are still in theaters. They also don’t include the “most streamed films” for streaming services such as Netflix, Amazon Prime or Disney Plus. So what does it capture? Every recently released U.S. film that appeared on the weekly list at least once was included for a total of 92 films.

Next year, all of the major studios will have at least two films from female directors. That marks a first, but there has also been a stubborn lack of major progress since Lauzen began releasing her study 24 years ago.