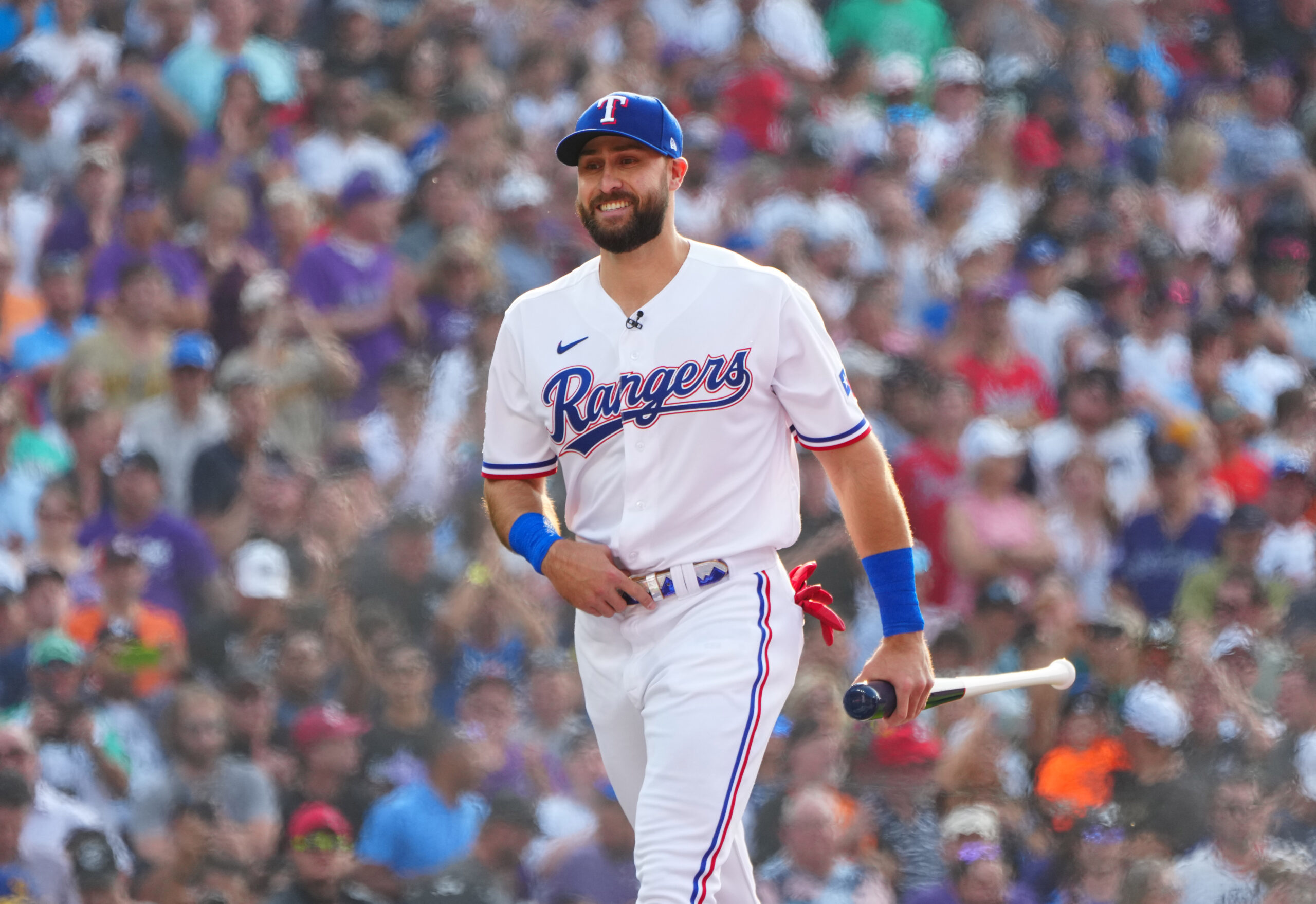 Reunions are rare in sports, which is to be expected within an ecosystem propped up by money, ego, and byzantine labor laws. Rarer still are the ones that take place within spitting distance of the original departure. It took Josh Hamilton three seasons to return after his ill-fated stint with the Angels. Kenny Rogers needed five to boomerang the first time (although just two for the second). Rafael Palmeiro required six to fly back from Baltimore.

So the hope that the Rangers would find a way to bring back Joey Gallo, which seemed to percolate minutes after Texas traded the two-time All-Star and Gold Glover to the Yankees last summer, always felt a tad fanciful. Or at least it did until last weekend, when the New York Post’s Jon Heyman reported that not only did the Yankees want to get rid of the 28-year-old but that the Rangers “are thought willing to consider Gallo at some price” lower than the four-prospect package they received for him at the 2021 trade deadline.

Suddenly, a second go-around with the organization’s best homegrown talent in a decade doesn’t seem so far fetched. Depending on the person, this prospect provokes feelings of elation, indignation, trepidation, frustration, confusion, consternation, and various other states of emotion about the most polarizing Ranger since Ian Kinsler.

So, naturally, Texas should totally make it happen.

Gallo’s unusual skill set has always been dinged among a certain sect of people who place too high a premium on batting average and too low on outfield defense. They’re wrong—from 2018 through 2021, Gallo was the 40th-most valuable hitter in baseball, ahead of names like Kris Bryant, J.D. Martinez, Josh Donaldson, and Anthony Rizzo—but because unconventional too often translates to misunderstood, that led to questions about whether he was an All-Star-caliber player in the first place.

This year, however, there is no debate. Gallo has been objectively terrible, a parody of himself. His strikeout rate, bloated in the best of times, has ballooned to 38.1 percent, the worst mark in baseball among hitters with at least 240 plate appearances. His .164 batting average is second-worst. No one can muscle his way through lows that extreme, not that Gallo’s been able to accomplish that to his usual standard, either: his isolated power, average exit velocity, and max exit velocity all represent career lows.

Hence the first-place Yankees’ willingness to dump him at some fraction of cost. Lone Star Ball’s Adam J. Morris proposed Trevor Hauver, the only member of last summer’s prospect quartet yet to debut in the majors, as suitable makeweight this time around, and someone of his ilk would make sense in a farm system drowning in depth.

That wouldn’t guarantee Gallo returns to Arlington as the same man who left it. Failure has warped the careers of far better players than Gallo. Perhaps he is irretrievably broken, his time in New York too damaging to overcome even after a change of scenery. There has been no resurgence for Gary Sanchez in Minnesota, for instance, after he plummeted from the next great New York catcher to trade fodder. But perhaps Gallo is Sonny Gray, the Yankees’ deadline splurge from four years earlier, who compiled a 4.52 ERA in a season and a half in the Bronx but a 3.52 ERA in the three and a half seasons since escaping the sweltering New York market. History says Gallo could flourish or flounder, and his style only heightens the odds of an extreme outcome either way.

Thing is, we’ve already seen proof of concept that Gallo not only can succeed in Texas but wanted to do so long-term, which ought to be more than enough impetus for the Rangers to shop at the discount rack, given the state of their outfield. Leody Taveras merits time and patience to determine if, once and for all, he can bloom into the center fielder so many in and out of the organization imagine him becoming. After that, there’s no one on the big leagues who should gum up the works. Neither Brad Miller, Charlie Culberson, nor Kole Calhoun will be on the next great Ranger team, and the latter might not make it through the season on this mediocre one, either, should a contender come calling now that he’s salvaged his season. Eli White probably can’t hit enough to be more than a bench piece, and newly acquired Steven Duggar is the ghost of White’s Christmas future. And while I fully admit to not understanding Adolis Garcia, his inconsistency makes him a complementary piece even in the best of times. (Morris also laid out a rotation scenario between the corner outfield spots and DH, should you really want to get in the weeds here.) Down on the farm, two of the most promising options (Evan Phillips and Aaron Zavala) are years away, while a third (Dustin Harris) still could wind up at first base in the long term.

So, yes, it makes every bit of sense for the Rangers to pay some pittance and bring back a two-time All-Star who has some time before his 30th birthday and who, batting-average evangelists notwithstanding, was beloved by the majority of the fan base.

There will be lineup juggling and, for all we know, clubhouse hierarchy mechanics to sort through. There is also the matter of Gallo’s impending free agency, although even a full rebound probably guarantees him less money than what he figured to command a year ago.

Ultimately, playing time and politics and payroll are incidental compared to the very obvious upside. Lest anyone forget, this organization is led by a man who claims to be no fan of half measures, which means the team is under the gun to keep adding talent to 28-year-old Corey Seager and 31-year-old Marcus Semien before their contracts hinder the team’s pathway to contention more than help it. Many of those avenues will be costly, be it dollars, prospect capital, or both. This one doesn’t have to be.