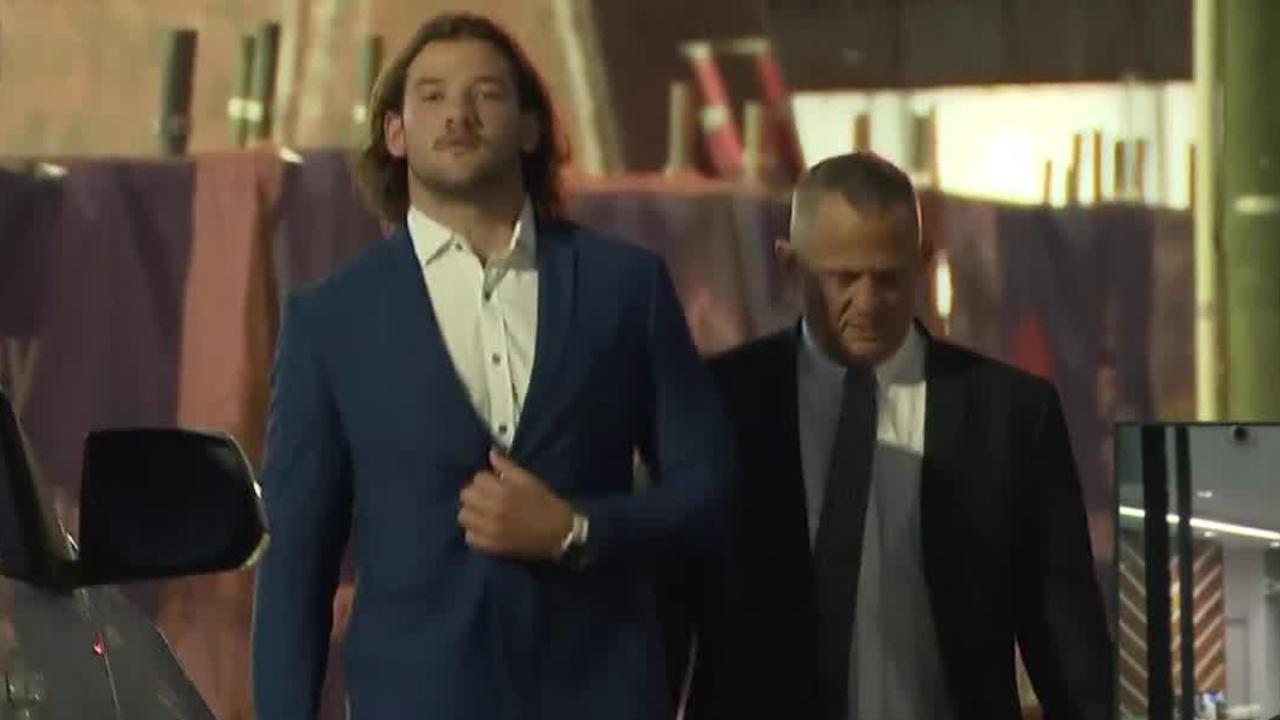 The NRL have suggested a five-to-six week suspension for Patrick Carrigan for his “classic hip-drop” tackle on Jackson Hastings — however his defence is hoping for a two-game ban.

The Broncos have called on high profile lawyer Nick Ghabar to handle Carrigan’s case with the star forward to learn his fate on Tuesday night.

Carrigan was referred straight to the judiciary for the tackle.

Hastings will undergo ankle surgery and will miss the rest of the season as a result of the tackle, while Carrigan faces a nervous wait after entering a guilty plea to the dangerous contact charge.

He conceded that Carrigan is guilty of “low to moderate carelessness” but pointed out how the two other Broncos players in the tackle impacted Carrigan’s position.

“(Ghabar) admits that Carrigan was not in the ideal position but says the two other tacklers in that tackle actually contributed significantly and overwhelming to the injury,” Jake Duke told NRL 360.

“He also argued that Carrigan lifted his hips as he goes to the ground to actually protect Jackson Hastings… once he realised that tackle had gone wrong and that weight was coming down, he lifted his hips to try and help Hastings.

“They referred to a tackle by Josh McGuire last year, he got five games, they said that tackle was far more careless and far more reckless than Pat Carrigan.”

The Tigers star has undergone surgery on a fractured fibula and surgery for syndesmosis. He is looking at three months minimum on the sidelines.

According to NRL.com, Knowles said he is not after an “eye for an eye” and has put forward a five or six-week suspension for Carrigan.

Patrick Carrigan had the option to appear via Zoom but chose to attend the hearing in person, along with team manager, Steve Walters.

Fox League’s Jake Duke told NRL 360 that the NRL have put forward a five-to-six week ban for Carrigan, taking into consideration the severity of Hastings’ injury.

“We haven’t heard from his defence yet but we do believe that they will talk about the effect the two other Broncos players in the tackle had on Pat Carrigan and they will reference a tackle in relation to Josh McGuire from Round 10 last year against the Storm. Josh McGuire received five weeks for that tackle,” Duke said.

“The council of the NRL has spoken this even and they are pushing for a five-to-six week penalty for this.

“The NRL’s council are arguing that it is a classic hip-drop tackle, they are citing Jackson Hastings’ medical report and they are suggesting that the serious nature of this offence is why Patrick Carrigan should serve a lengthy stint on the sidelines.”

The judiciary hearing begins at 6pm on Tuesday at NRL headquarters.