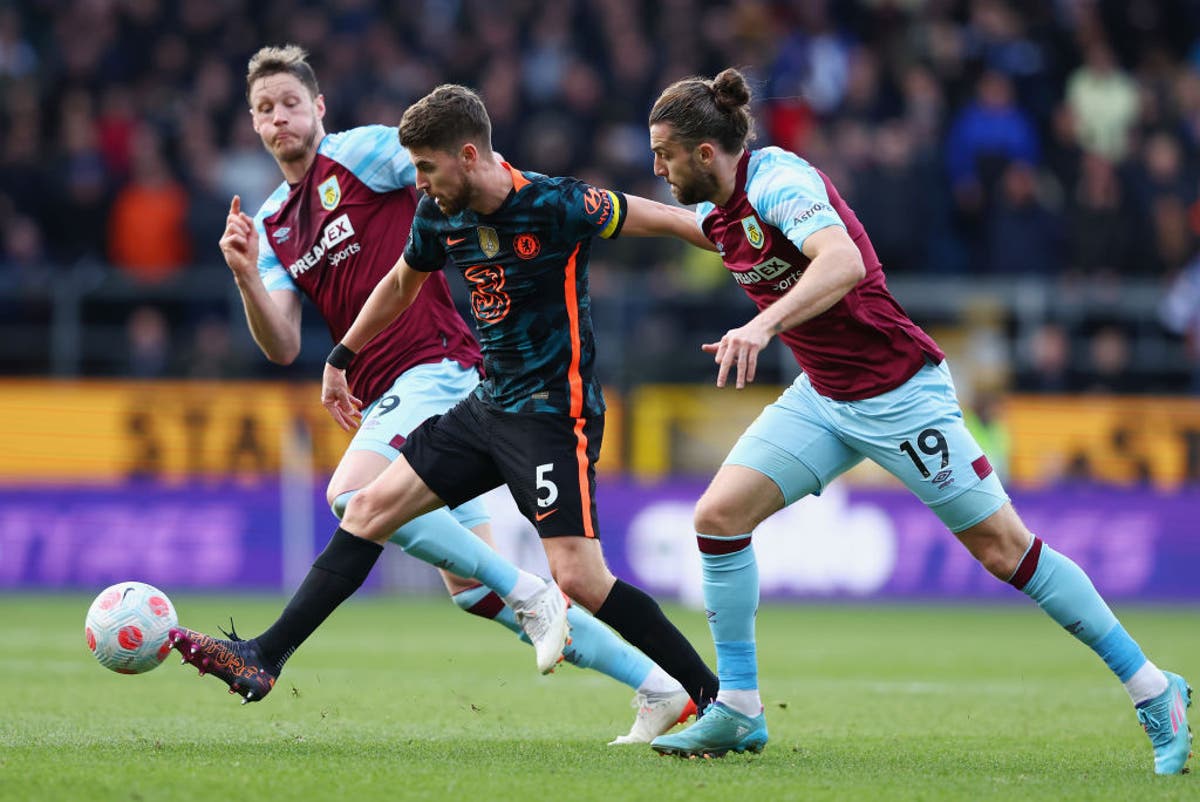 Follow live updates from this afternoon’s Premier League fixtures, as Chelsea head to Burnley at the looking to consolidate their place in the top four while the hosts aim to take a step closer to survival. It comes after a tumultuous week for Thomas Tuchel’s side, which has seen Roman Abramovich confirm that he has put the club up for sale with the oligarch facing sanctions from the British government following Russia’s invasion on Ukraine.

Tuchel admitted that the news, which came just as Chelsea were preparing to face Luton Town in the FA Cup on Wednesday, came as a distraction but backed his team to remain focused on matters on the pitch despite the uncertainty off it. Chelsea played just once in the Premier League last month, as they won the Club World Cup in Abu Dhabi before losing out to Liverpool in the Carabao Cup final last weekend, but victory at Turf Moor would widen the gap to fourth-place Manchester United.

Burnley’s three-game unbeaten run was put to an end by Leicester on Tuesday but Sean Dyche’s side have given themselves a chance to beat the drop thanks to their form in recent weeks. The Clarets held Chelsea to a 1-1 draw at Stamford Bridge back in November and a point would be enough to lift Burnley above Everton and out of the relegation zone. Follow live updates from Burnley vs Chelsea, plus live scores from the rest of the afternoon’s games, below:

It means the game at Turf Moor is the only one of the five Premier League 3pm kick-offs yet to see a goal. Chelsea have had the majority of the ball but the teams are equal in terms of chances created. Burnley might even argue that they should be ahead.

Palace double their lead, as Zaha converts from the spot. He smashes it into the top corner, a brilliant finish after he previously missed from the spot against Norwich, to put Palace in complete control. The penalty came as Schlupp was brought down in the box by Kilman. Wolves are just not up for this but Palace certainly are.

30 mins: Chance! Big opportunity for Burnley as Chelsea lose possession inside their third. It breaks to McNeil in the box, but he somehow clears the ball over the bar!

Ivan Toney, back with a goal! And it’s a huge one as he follows in following Ajer’s flick on from Eriksen’s corner to volley in at the back post.

29 mins: Chance for the visitors at St James’ as Lamptey slips in Welbeck, but his shot is saved by Dubravka at the near post.

26 mins: Patient build-up from Chelsea, but all bit too slow from Tuchel’s side. They’re able to work the ball wide and create an overload, before finding Kante in the box. He pulls it back to Rudiger whose shot is blocked.

Chance for Burnley! The ball breaks for Weghorst in the box but Thiago Silva is in the right place at the right time to clear off the line. Rudiger then tries his luck from range but Pope makes a comfortable save.

Crystal Palace punish Wolves for their sloppy start as Mateta fires the Eagles in front following good work from Zaha!

15 mins: Chance! Mount carries it forward before playing it wide to Saul on the left. His first time cross is missed by Havertz and James, following in at the back post, sees his shot blocked off the line by Taylor.

Now Newcastle really are flying! Fraser’s cross into the box finds Schar, who makes the run across the near post to double Newcastle’s lead. What a start, and they are pulling away from the relegation zone.