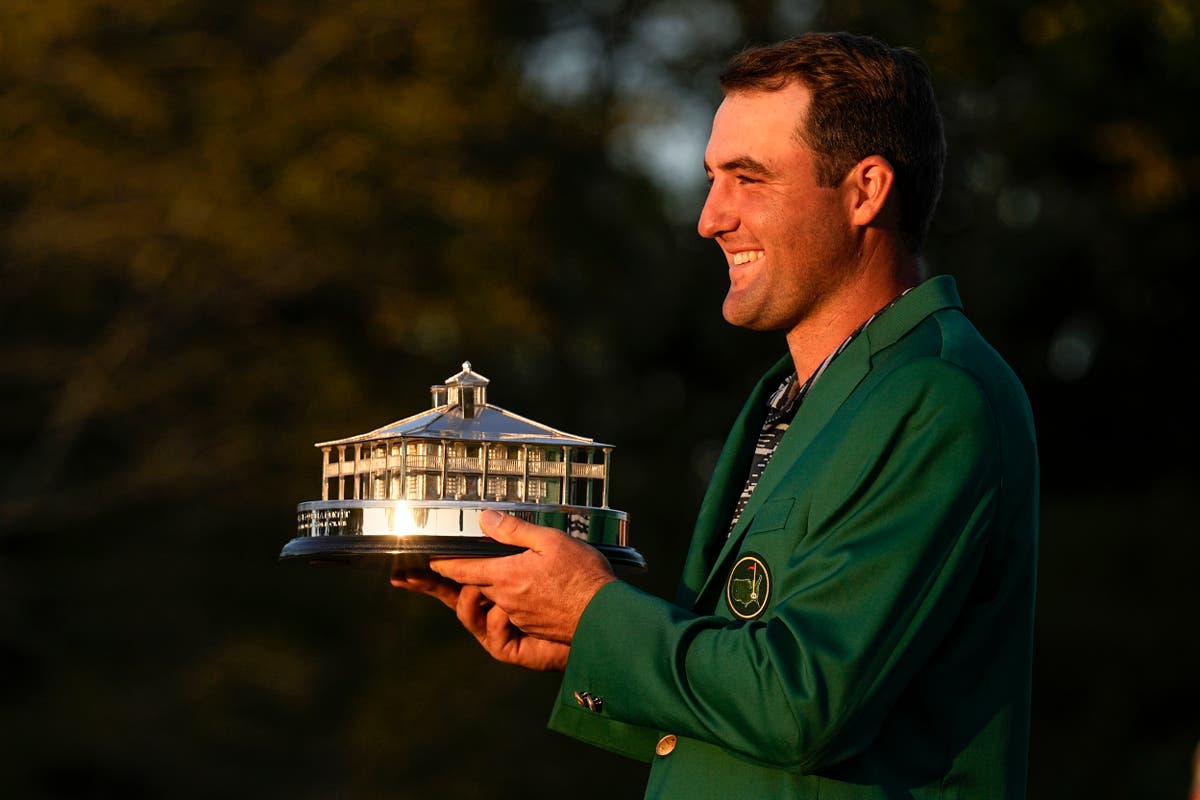 The pressure of trying to claim his first major title pushed world number one Scottie Scheffler to cry “like a baby” ahead of the final round of the Masters.

Scheffler held a three-shot lead after 54 holes and carded a closing 71 at Augusta National to finish 10 under par and three shots clear of Rory McIlroy, despite four-putting the 72nd hole.

“I was so overwhelmed and didn’t know I was ready for this,” Scheffler said. “I cried like a baby this morning.

“I’ve dreamed of having a chance to play in this tournament, I teared up when I got my first invite in the mail. I love this place and if you’re going to choose a tournament to win it would be this.

“You don’t know how many chances you get to win, you don’t want to waste them and the human condition is to make things bigger than they are and you think it’s a lot bigger deal than it is.

“I don’t know what to say to be honest, I’m just really thankful to be in this position. I don’t think anything has sunk in. My head is still spinning.”

Shot of the day

Rory McIlroy judged the slopes perfectly to hole out on the 18th and complete a brilliant 64.

Not many players receive a standing ovation on their way to completing a second consecutive 78, but Tiger Woods is no ordinary player.

Round of the day

McIlroy carded the only bogey-free round of the week, firing an eagle and six birdies in his closing 64.

Statistic of the day

Scheffler’s unfortunate finish was not the only time a winner had four-putted the final green.

The par-five second played as the easiest hole once more, yielding two eagles and 25 birdies for a scoring average of 4.538.

The lengthened 11th remained the toughest hole, Cameron Smith making one of only two birdies during the final round as 14 players made bogey and four carded a double bogey for an average of 4.442.

When is the next major?

The US PGA Championship takes place at Southern Hills in Tulsa, Oklahoma, from May 19-22.