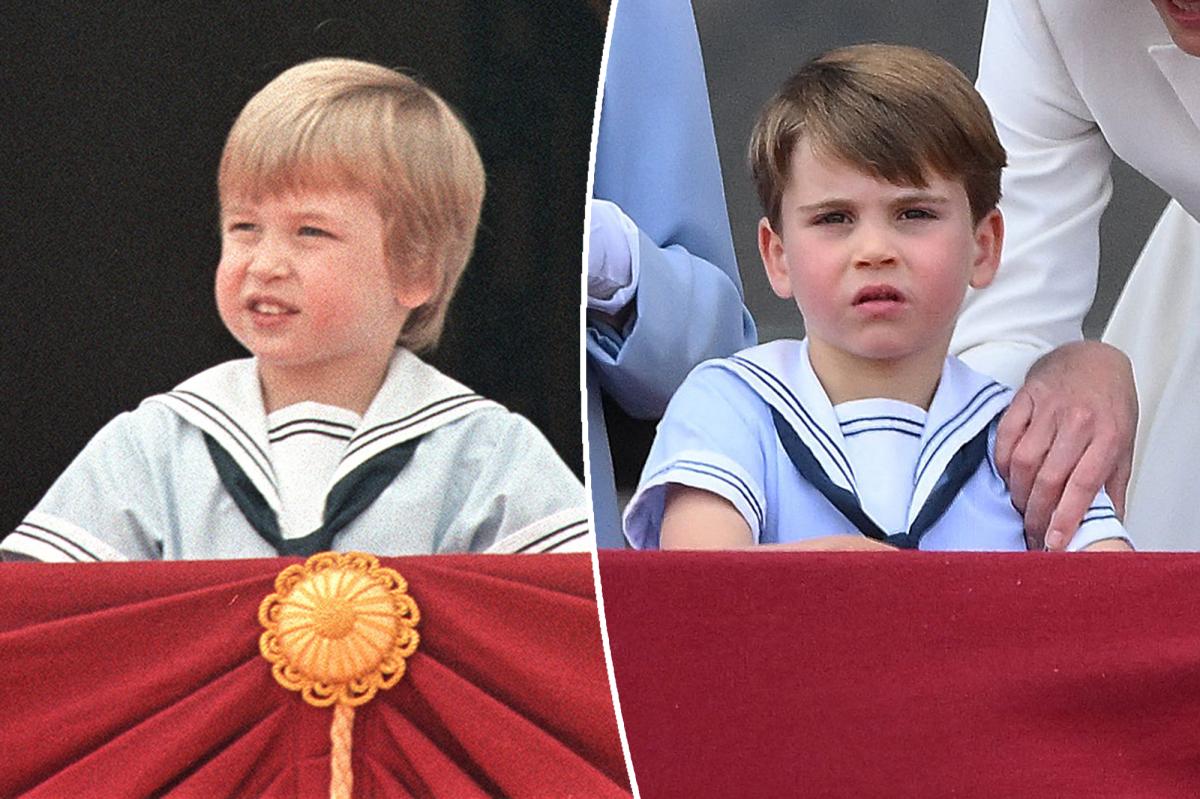 Prince Louis stole the show at Queen Elizabeth II’s Platinum Jubilee with his bubbly personality — and his outfit.

The four-year-old Prince sported a familiar sailor suit first worn by his his father, Prince William. He looked just like his dear old dad in the very much vintage outfit.

The Duke and Duchess of Cambridge’s youngest son made his carriage and balcony debut this year, while Prince William first wore the stylish outfit at the event in 1985, when he was just two-years-old.

This isn’t the first time the Cambridge children have made references to their history. In 2015, a nearly 2-year-old Prince George made his own Trooping debut in the same baby blue romper William had worn 31 years prior.

On Thursday, Prince Louis was joined by his siblings, the suited Prince George, 8, and Princess Charlotte, 7, in a sweet periwinkle dress with a bow. They were snapped riding in a royal carriage with their mother, Kate Middleton, who chose a white coat dress and navy blue hat.

Prince Louis became an instant meme on the balcony when he was photographed looking displeased next to his grandmother, Queen Elizabeth II, 96. Prince Louis appeared to scream during the flypast while covering his ears and giving a tiny wave. His father was a little more reserved when he attended the event in the same style.