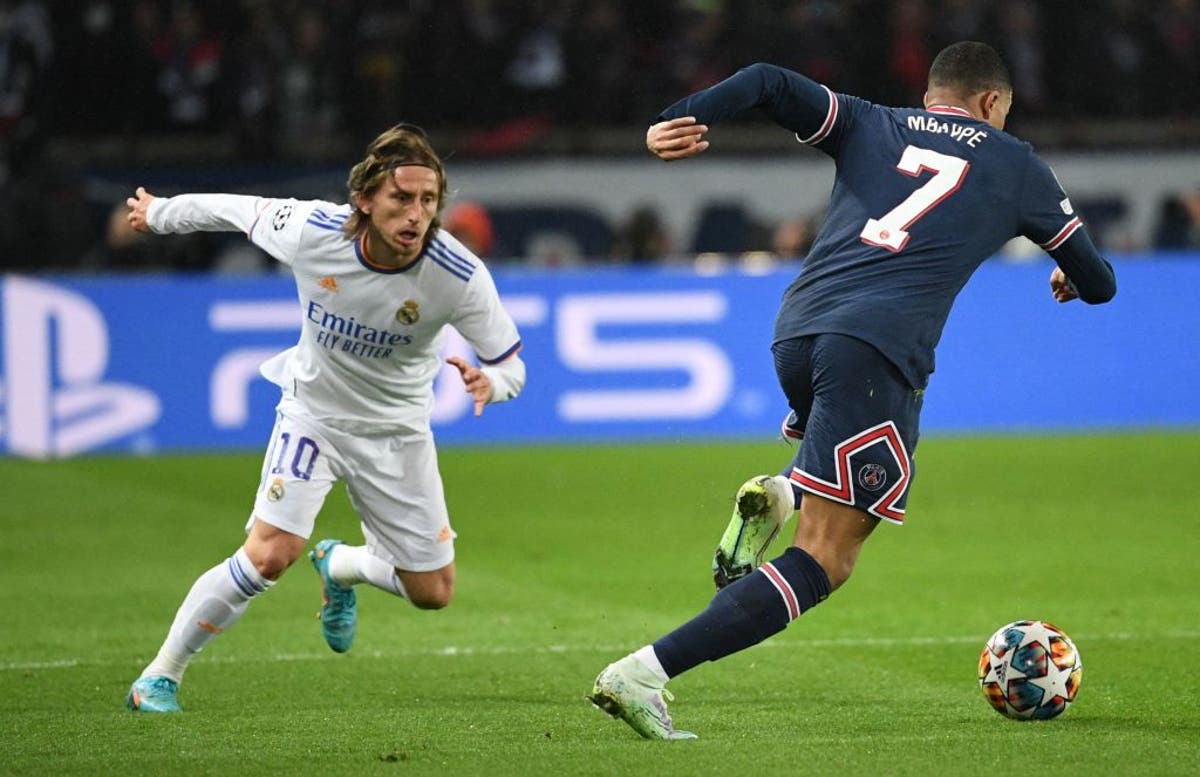 The numbers behind Messi vs Real Madrid

PSG face the 13-time winners in the first leg of a round of 16 match on Tuesday at the Parc des Princes with both hoping to put one foot in the quarter-finals with a good result in Paris. Lionel Messi is likely to be key and boasts a superb record against the Spanish giants with 26 goals and 14 assists in 45 games, all for former club Barcelona. Kylian Mbappe will also be a focus with the French star set to be key against the team he is widely expected to join in the summer.

Madrid haven’t reached the final since completing a hat trick of European Cups back in 2018. Now coach Carlo Ancelotti travels to face the side he once coached with only one win in the past four matches in all competitions, but confidence remains high despite Karim Benzema being potentially a doubt. “Now we’re heading into what is the most beautiful time in football,” midfielder Casemiro said. “We want to win everything we can.” Follow all the latest updates and analysis here:

Real Madrid just now beginning to try launching a few counters with some direct passes from deep, helped by Benzema dropping in. Vinicus almost gets through, but a deflection falls kindly for the centre-backs instead.

At the other end another flowing passing move sees Mendes find space down the left, Verratti switch play to Messi…but of all people, it’s the No30 who wastes possession with a short pass out to Di Maria going wayward.

Wasted chance for Real Madrid to get a bit of pressure on PSG at last, as Kroos’ free-kick is easily cleared. Half an hour in, we’ve barely seen Donnarumma and there’s been nothing on the ball from Asensio or Benzema at all – none of Real’s front three have had 10 touches yet in fact.

Messi suddenly clicks into gear and dribbles past Alaba – then his right-footed effort swipes past the far post. Still no breakthrough here – Man City are well in front and already looking good for the quarter-finals as they lead 3-0 at Sporting CP.

Di Maria wins the ball off Casemiro but the ref says he did so illegally. The whistle goes as the Argentinian attacker lashes the ball over the bar from 30 yards.

Still very patient from PSG with their dominant approach, lots of passing triangles and waiting for the right moment to feed it out wide, which is where the pace is with Hakimi, Mendes and Mbappe. Messi is still floating all over, picking the ball up in pockets and changing the direction of play.

Almost halfway through the first 45’ already – it has flown by, with PSG totally dominant. Benzema so far unable to get into the game at all.

Mbappe goes down outside the box after playing a one-two past Militao, but there’s no interest from the ref to give a foul. Not giving much early on, the Italian official.

Casemiro and Ferland Mendy are on yellow cards from the group stage – one tonight and they’ll miss the second leg. None in that situation for the French side.

Vinicius Jr gets on the ball for about the first time tonight in an attacking area. He helps build play initially but after a switch of play Carvajal has lost the ball, PSG counter at pace and Mbappe is almost in – fine recovery challenge at the back by Carvajal, who had sprinted back.

Verratti beats Militao twice down the left, then, before a lofted pass finds Mbappe in again – Courtois to the rescue this time as the No7 scuffs a left-footed finish on-target!

Seven defeats in nine games against Real Madrid so far for Mauricio Pochettino. He’d take an eighth defeat across the two legs if it meant his side progressing on aggregate – no away goals anymore, remember.

Verratti, Marquinhos and Paredes seem to be dominating play at the moment, the Brazilian centre-back stepping up to keep recycling the ball and keep the Spanish side in their own half of the pitch. Mbappe beats Carvajal for a third time as the right-back overstretches, but Modric and Casemiro do enough to block the ball behind.

Good defending from Eder Militao as he intercepts a dribble and then coolly bypasses Nuno Mendes before clearing. PSG with all the possession and pressure so far, Mbappe looking very lively – he beats Carvajal again and wins a corner this time.

It’s taken quickly, but Mendes’ eventual cross is a waste. Marquinhos doesn’t look too pleased in the middle.

Plenty of spaces behind both midfields in the opening stages of the game. Not too much pressure on the ball in the middle – both sides look pretty happy to stand off and wait for the chance to pickpocket when the more adventurous passes are made.

Messi very, very deep for the most part so far – Mbappe beats Carvajal on the outside, crosses low and Di Maria smashes over the bar.

We are underway – let’s see how this game goes. Plenty of noise inside the stadium, plenty of early energy from Real Madrid to try and press the home defence.

PSG vs Real Madrid – players are out

Ok, we’re closing in on the start of the tie of the last-16: Paris Saint-Germain vs Real Madrid.

30 Champions League medals have been won across the two teams, BT Sport tell us – not a bad haul. Plenty for Real’s players of course, but PSG feel they’ve got the squad in place this time to go all the way at last.

The Parc des Princes is set, the football world is expectant.