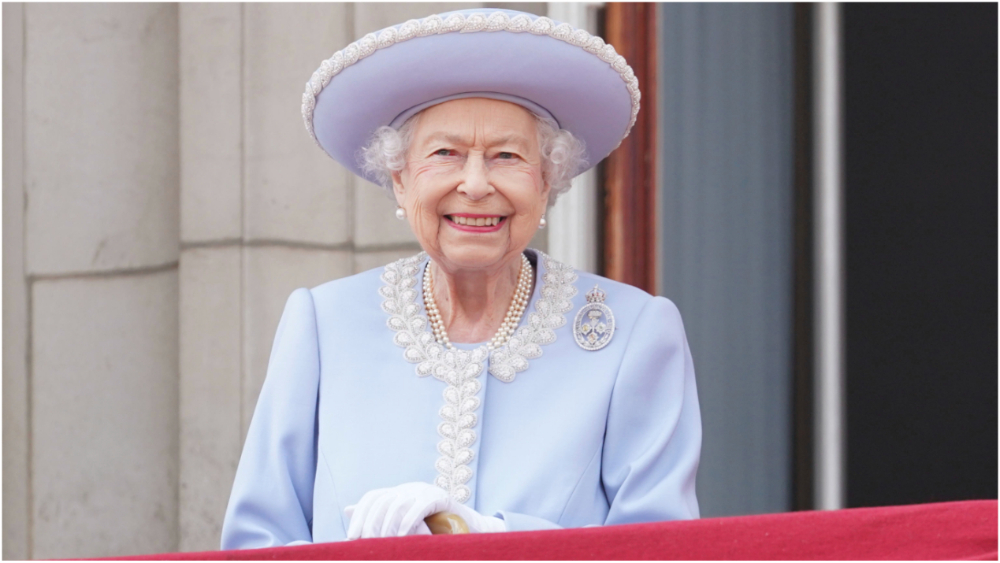 The Queen’s Platinum Jubilee celebrations kicked off with a parade and fly-past around Buckingham Palace on Thursday morning with the bittersweet acknowledgement that Britain is unlikely to experience anything quite like this ever again.

The milestone marks 70 years on the throne for Queen Elizabeth II, who first ascended at just 25 years old in February 1952. The U.K. has a special four-day bank holiday beginning Thursday to celebrate the 96 year old, who is the longest-serving monarch in British history.

Although the Queen missed the Trooping the Color ceremony, she appeared on the Buckingham Palace balcony two hours into the festivities to “inspect” the troops, and was later joined by “working” members of the Royal Family (meaning no Prince Andrew or Prince Harry and Meghan Markle) for a Royal Air Force fly-past that gave Tom Cruise a run for his money. The monarch stood beside her son and heir to the throne, Prince Charles, and her youngest grandson, an animated, four-year-old Prince Louis.

The morning began with a lavish parade featuring senior royals, more than 1,400 soldiers, 200 horses, 400 musicians and one extremely well-behaved Irish wolfhound, who made their way with great pomp from Buckingham Palace, down the Mall and into the nearby Horse Guard’s Parade for a Trooping the Color display of military pageantry from the 1st Battalion, Irish Guard and hundreds of other officers and soldiers from the Household Division.

Prince Charles, Prince William and Princess Anne (also known as the Princess Royal) were — impressively — on horseback the entire way, while Camilla Parker Bowles and Kate Middleton were in a carriage along with Princes George and Louis and Princess Charlotte, who waved enthusiastically to royal-watchers along the Mall. Also following in a carriage was the Queen’s youngest son, Prince Edward, and his family.

Those noticeably missing from the day included Prince Andrew, who no longer undertakes any public duties and had his military ties removed by the Queen following the sex assault case brought against him by Virginia Guiffre. (The prince reached an out of court settlement with Guiffre in February.)

Also out of view were Prince Harry and Markle, whose attendance at the Queen’s Platinum Jubilee has been a hot topic in the U.K. ever since they stepped down as senior royals in 2020 and gave a bombshell interview to Oprah Winfrey about their experience with the Firm last year.

The couple and their two young children, Archie and Lilibet, did ultimately come to Britain for the celebrations. Though they have so far kept a low profile — watching Thursday’s festivities from the Major General’s Office — it’s likely they’ll be seen at other family events over the weekend, such as the Platinum Party in the Park on Saturday.

Former U.S. President Barack Obama was among the high-profile figures sending well wishes to the Queen. Obama, who first met the Queen with Michelle Obama in 2009, said he’s always had a “special relationship” with the monarch.

“Her majesty put us at ease with her grace and generosity,” said Obama. “She reminded me a little bit of my grandmother…Your life has been a gift not just to the U.K. but to the world. May the light of your crown continue to reign supreme.”

Actor and singer Julie Andrews also shared her wishes for the Queen.

“I well remember the beautiful radio speech you gave on your 21st birthday. You pledged yourself in service to the people of Britain and the Commonwealth. In all the years since, you have never betrayed that promise. My warmest congratulations to you ma’am and thank you,” said Andrews.