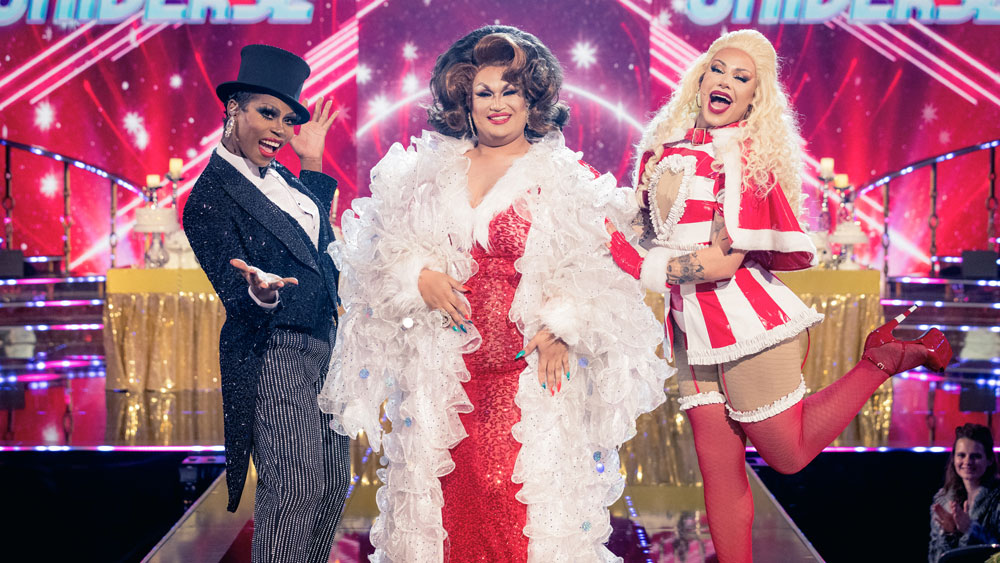 The universe has a new a queen — and her name is Grag Queen.

The Brazilian performer was crowned the winner Wednesday of the debut season of “Queen of the Universe,” Paramount Plus’ international drag queen singing competition series from the creators of “RuPaul’s Drag Race.” The finale, in which the audience chose the winner after hearing from judges Michelle Visage, Trixie Mattel, Leona Lewis and Vanessa Williams, saw Grag battle it out with Ada Vox of San Antonio and Atlanta’s Aria B. Cassadine.

Variety caught up with Grag on the phone on Thursday from her home in Brazil.

Congratulations! What was the first thing that went through your head when they announced you won?

I just thought about my [LGBTQ] people because we’ve been through a lot. No one cares about us, so I’m hoping I’m going to be like a door to bring some joy to my people.

What do you want people to know about Brazil’s LGBTQ community?

We live in a country that kills LGBTQ people more than any other, and our transgender people’s [life expectancy] is only 35 years old and it’s not fair. We are still trying to find some place of peace. We see all the time on the internet people being dragged and being killed and punched everyday, but we don’t see that on the news on TV. I really want to use this platform to make people know that this situation is crazy and it’s real.

Tell me about some of the messages you’ve received from young people thanking you because they see themselves in you.

I needed someone to be that, maybe to inspire you to be how you are, to inspire you to sing — however you want to sing. Little Greg [Gregory is Grag Queen’s real name] would have loved to have had a Grag Queen to look up to and say, “Okay, this bitch is crazy. This bitch got it.”

Are you ready for the responsibility of being a role model?

I think the show showed me that I’m ready to do that. That experience was made for me. Michelle Visage said that I am perfect and I’m a superstar. This is a blessing. Really no pressure because I think I got a very, very big heart. That’s what I believe the universe is actually needing at the moment.

After your final performance of “Rise Up,” the show’s host Graham Norton asked you what winning $250,000 would mean to you and you said it would mean you’re a millionaire in Brazil. So, I have to ask, what’s it like being a millionaire now?

It feels amazing! I can go to the medic. I don’t look at the prices anymore. [Laughs.] I can give my mother and father a very good living. I just want us to be protected and healthy. I don’t really feel like a millionaire right now, but I get used to the good things very, very fast.

What’s the first thing you’re going to buy when you get the money?
A good wig. Like a caramel wig that touches my ass. It has highlights. Very Brazilian.

What’s next for you?

I have my album already ready. I really want to release that as soon as I can. I have English, Portuguese and Spanish songs. Maybe I’m going to come in January to L.A. to record some new songs in English and try to do some gigs. Maybe you guys are going to see me around.

This interview has been edited and condensed. “Queen of the Universe” is available on Paramount Plus.