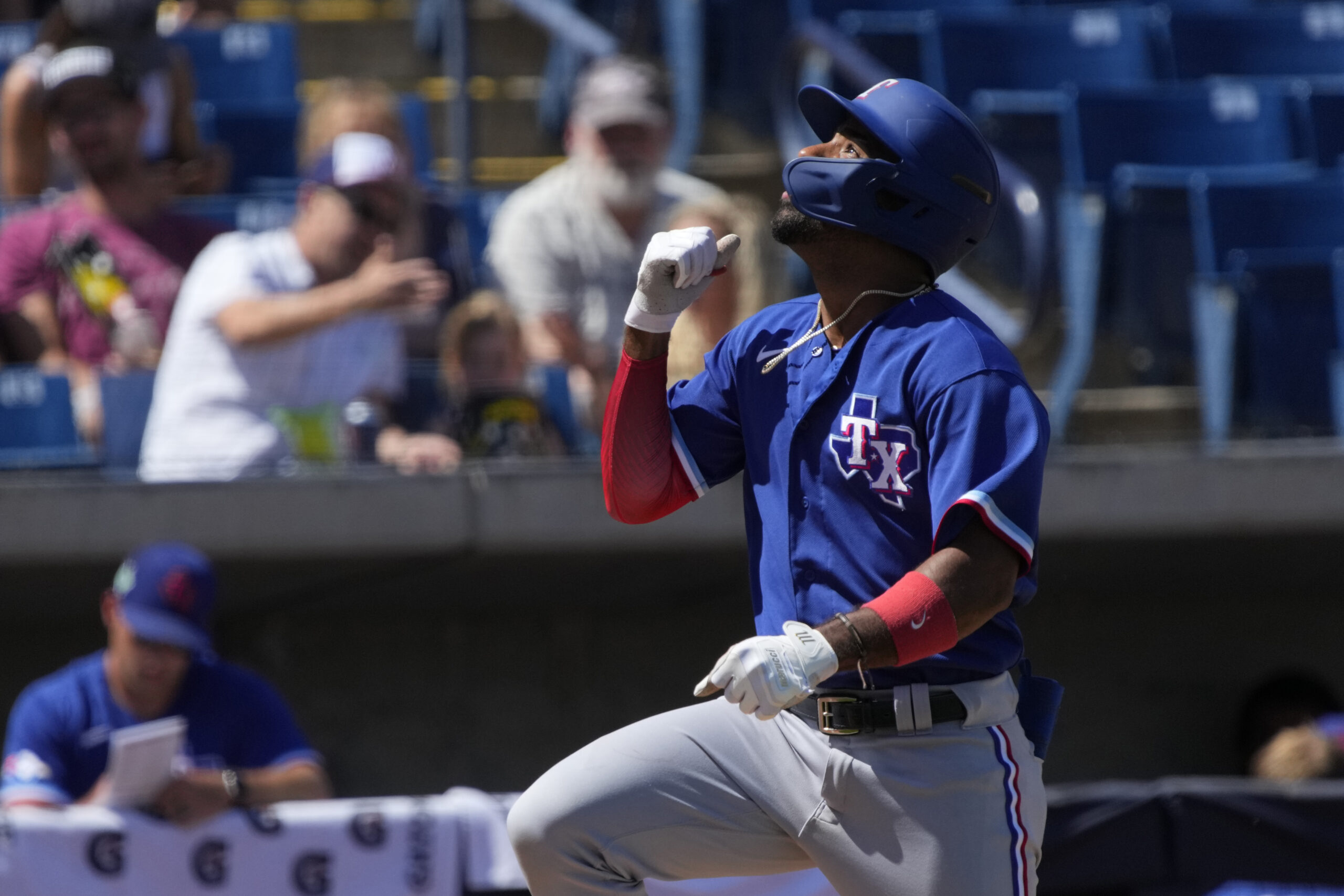 Now is the best time.

Many of you will not believe me when I say this, and some who do will dismiss it after some generic beatdown the Texas Rangers take in mid-August well after their playoff race is run.

And I won’t blame you, either. It’s not particularly enjoyable in the moment to watch a bad baseball team, and despite the considerable strides they’ve taken this offseason, the Rangers will be much closer to bad than good in 2022. Enduring the teething of a young rotation, the potholes in a half-paved lineup, the chaos of a bric-a-brac bullpen—that’s painful, arduous work over seven months. The quirks that annoy you in April will torture you by September, fraying each nerve until your patience races the schedule to see which runs out first.

And, still, this is the best time, in part because the worst days are behind them. The four-year creep into irrelevance is over, dead and buried under half a billion dollars of free-agent spending. Your favorite national publication or broadcast will not—cannot—ignore the Rangers the way they had license to last season, when there was little worth watching and even less to say something about. Signing Corey Seager and Marcus Semien to form baseball’s best middle infield guarantees that on its own.

But it’s bigger than the money. Spending can be temporary, for one thing. I’ve yet to hear any indication this wave will be; by all accounts, this offseason was the start of the newer, more aggressive Rangers, which is the only way a big-market club playing in a still-fresh ballpark should act. But even when the spigot stays on, go back a couple decades for a reminder of how fleeting and unsubstantial writing checks for the sake of it can be—unless, that is, you have positive memories of the Chan Ho Park experience beyond the dopamine hit of the transaction hitting the SportsCenter crawler.

There needs to be a process underpinning everything, a vision, and this team has one. In case no one else has already, allow me to say it: right now, the Rangers have the smartest front office in North Texas. The past 18 months have been filled with bold moves (the aforementioned Seager and Semien deals) and unsung ones (flipping prospects to Tampa for Nathaniel Lowe), foreseeable heartbreaks (Joey Gallo’s exit) and unexpected thrills (acquiring Mitch Garver for a redundant middle infielder and a depth prospect), sell-highs (Kyle Gibson and Ian Kennedy to Philadelphia) and buy-lows (former top prospect Spencer Howard from Philadelphia in the same trade). Not all of it worked; I’m still searching for an adequate explanation on how David Dahl got so bad, so quickly.

But ever since Chris Young took over as general manager, so much of it has panned out. The soil is once again fertile down on the farm, and a third of this lineup—Seager, Semien, and Garver—can hit with the very best of baseball, which is three more players than could be said of last year’s. Opening Day starter Jon Gray is solid at the top of the rotation, at minimum, and, if past precedent tells us anything, quite possibly more than that. Behind him are fiveish guys with big-league experience and varying degrees of potential to one day become the same. And behind them are a half dozen or so more arms in the minor leagues you can daydream about being the best of all.

Brainy organizations with deep farm systems and deeper pockets do not stay down for long (especially not in a sport where a solid third of teams each year regard winning with a dismissive shrug or turned-up nose). Until further notice, you should regard the Rangers as one of those organizations, which means you should expect all of this to lead somewhere great.

They won’t arrive there this season, yet no matter what the final record looks like, this is no failure. No one restores a razed building in a single winter. They still need a full outfield and a third baseman (although there’s every reason to still expect a healthy Josh Jung to fill that role) and perhaps a first baseman, too, if Lowe tops out at his current level (I believe there’s more coming, but these are the words of a man who will someday die as he lived: a charter member of the Nathaniel Lowe Appreciation Society). The pitching, meanwhile, is wet cement. After Gray, no one in the current rotation or bullpen should be looked to as a surefire contributor on the next great Rangers squad, but at least two-thirds of them—and probably more—plausibly could be. That makes for a bad team in the present tense.

Once again, though: this is the best time. Now through the first playoff appearance is the honeymoon period, the halcyon days when improvement is a virtue and progress is celebrated for its own sake. We are post-misery, pre-hot-take bloviating—when fun is back but doesn’t yet need to Mean Something in the chase for a championship. Sure, there’s no greater high if they get there, but that payoff lasts weeks. The years leading up to it once the expectations set in? Ask a Mavs fan how much they enjoyed 2007 through 2010. Better yet, remember the agony of 2012 through 2016 in Arlington, when seven-month regular seasons began to get taken as little more than prolonged hors d’oeuvres courses for a feast that never came. Last year was the organization at its nadir, and so, for a while at least, there will be delight in the gradual march forward, each positive month a step out of the dirt into lusher territory.

This is also the time when we learn the most. All that bad baseball about to come down the pike? You’ll enjoy it so much more if you treat each game as a chapter in the origin story of the next playoff team, watching in real time as one or more of the young rotation arms grow from seedlings to success, as Seager cements himself as the best shortstop in Arlington since Alex Rodriguez, as next week’s minor-league gems become tomorrow’s, then today’s. Before you know it, the bad baseball team will become an OK one, then a good one. Once good becomes great, it will make sense to you—matter to you—in a way it never could if you tuned in only for the action scenes.

That’s not coming for a while, but neither is the urgency, the stress, the suffering. Which is how bad baseball, played by a team on the cusp of great baseball, becomes special. Enjoy it. Things are about to get so much better on the field. But now, in the imperfect present, is when they’re at their very best.